These Are China’s 5 Best Craft Breweries 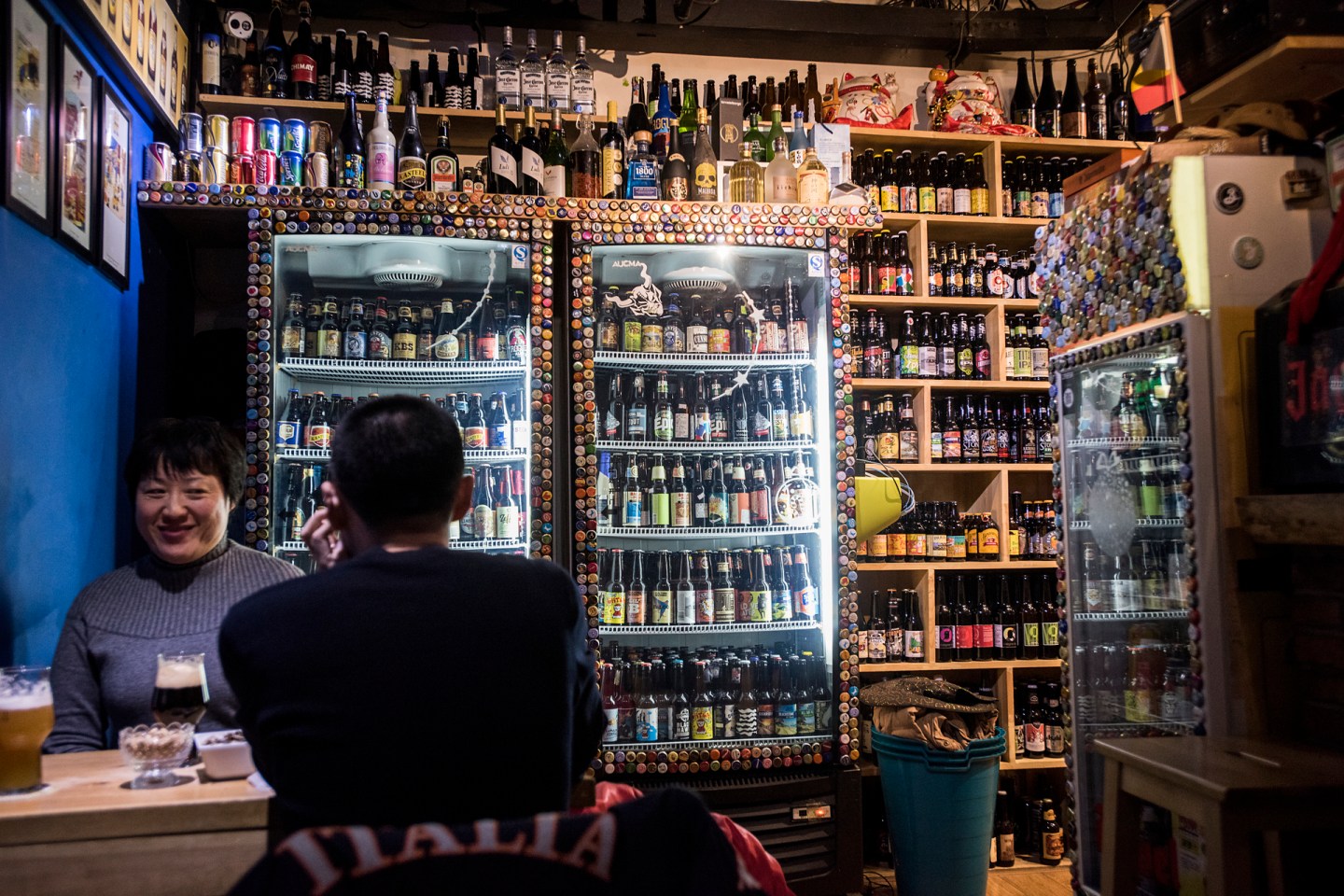 The emergence of craft beers, domestic and imported, in China Corner, one of a number of bottle shops opening in Chinese cities, carries over 300 different kinds of imported beers.
Mark Leong for Fortune

A few years ago, Goose Island beer was just a provincial highlight, little known outside of its Chicago home turf. Now you can find it 7,000 miles away, across Beijing, Shanghai, and even some Chinese cities you’ve never heard of.

That’s what happens when the world’s largest beer brewer buys your craft brewery. AB InBev (BUD) , maker of mass-market brews like Budweiser, Bud Light and Corona, acquired Goose Island in 2011, before adding another eight American craft brands over the past five years.

AB InBev might be ready to go on another buying spree in China, where young rich consumers are just beginning to reach for IPAs.

In early March, ABI bought up Shanghai’s best known craft brewery, Boxing Cat, which recently won China’s first-ever medal in the World Beer Festival. The purchase lead to some hand-wringing in China’s craft community. The founder of a popular Beijing craft brand wondered afterwards, “How do you maintain a friendship with someone that you genuinely respect…after they sell to a behemoth that is actively trying to destroy my entire world?”

That’s how people in China’s tiny but booming craft scene talk about the giant. Craft breweries say sales growth has hit triple digits over the past two years, even if craft remains a tiny portion (maybe 0.1%) of China’s $80 billion beer market. (For a round-up of the mass market brands that dominate in China, see this article.)

Most brewers are worried that AB InBev will overwhelm the burgeoning craft market with piles of money and a corporate ethos. Right now in China, almost everyone except the big brewers has an equal shot at future popularity. (Fortune magazine’s latest issue includes a feature about AB InBev’s recent tactics selling Goose Island in China, which include spying on competitors’ beer and giving away free kegs to gain market share.)

If AB InBev keeps throwing around money after buying Boxing Cat, here are the microbreweries it could buy—if it can convince the founders to sell.

Jing A: Consistently a favorite of sophisticated beer drinkers in Beijing, the brewer runs a restaurant in the capital that sells several beers named for the city (and its pollution). There’s the double IPA Airpocalypse, Worker’s Pale Ale, and Galactic Haze IPA. The beers are crisp, the bar and restaurant is in the center of Beijing’s nightlife district, and you can now find Jing A abroad—it’s available in Copenhagen thanks to a deal with Danish brewer.

Great Leap: Founder Carl Setzer is as prickly as they come when it comes to craft brands selling out to big brewers. ABI has already talked to him about potential deals, he’s said, and its employees probably have been chased scurrying out of one of his three very popular Beijing bars. But his brewpubs are some of the most crowded restaurants in Beijing. AB InBev will bug him more.

Master Gao: Gao Yan was a pioneer among China’s home brewers, literally writing the Chinese book on it: Get Your Own Brew. His Nanjing-brewed beer is sold across the country and in his Nanjing bars; among them is a made-for-Chinese tastes “Baby IPA,” a less hoppy version of the typical brew.

Taps: China’s tropical south is starting to crave the fuller taste of craft beer. Taps is one of Shenzhen’s biggest breweries, with an almost comical 44 beer lines. The brewery’s Canadian and British owners thought of opening in Hong Kong before picking the fast-growing scene in Shenzhen.

Slow Boat: It’s expanded since 2011 to become one of the country’s biggest craft brewers, thanks to distribution deals in restaurants and bars across a dozen Chinese cities. Those venues often have a sign displaying Slow Boat’s logo—a ship inspired by the 1940s Frank Loesser song, “On a Slow Boat to China.” The brewery also runs one of Beijing’s biggest brewpubs, a new three-story place.