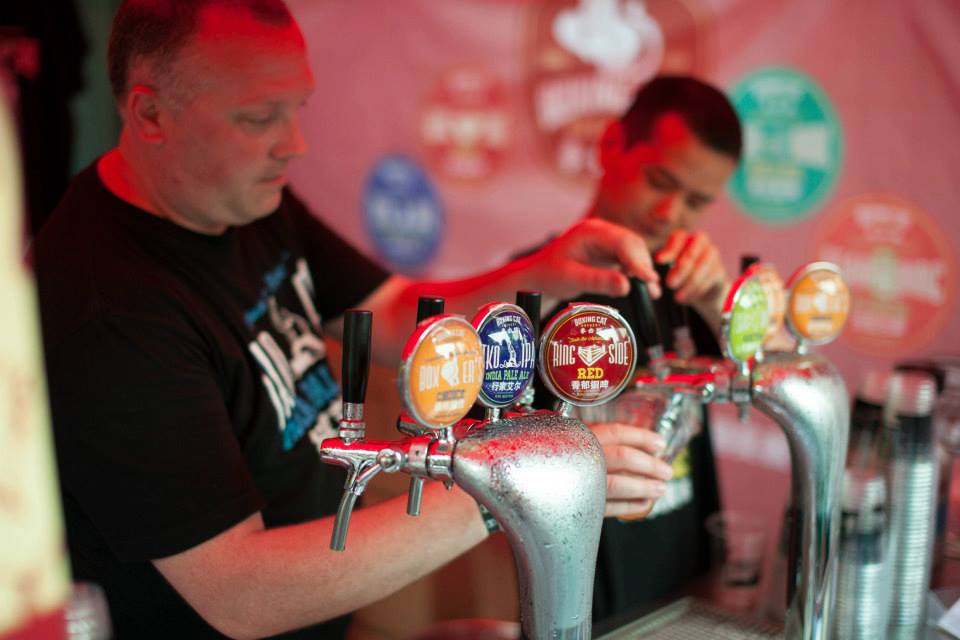 AB InBev, the world’s biggest beer brewer, has acquired a significant stake in one of China’s best known craft brewers, in a move that shakes up the country’s tiny but booming craft beer scene and, the slumping beer giant hopes, its own bottom line.

The company’s quarterly earnings announcement on Thursday disappointed investors, who sent the stock falling 3% after AB InBev missed analyst estimates for the seventh quarter in a row. The sluggish results provided further explanation for why AB InBev was willing to spend $103 billion to buy rival SABMiller and why it is pushing hard for growth in markets like China. AB InBev has also been investing in craft brands, buying nine U.S. craft brewers over the past six years.

Boxing Cat Brewery in Shanghai wasn’t the city’s first craft brewer when a trio of businesspeople–two Americans and one Canadian–opened it in 2008. But it has survived to become the city’s longest lasting. Last year it became the first Chinese microbrewery to win a medal at the World Beer Festival. Its beers share the pugilist theme of its brand name: There’s a Ringside Red, Sucker Punch Pale Ale, and Standing 8 pilsner.

AB InBev confirmed the purchase Thursday, after it had been rumored in China’s craft beer circles for a week and reported by the website Drink. “We see great potential for Boxing Cat Brewery to continue to grow and further progress the small craft beer market currently in China,” the company said in a statement today.

Boxing Cat’s brewmaster and partners said they would remain at the microbrewery. Neither acquirer nor target disclosed financial terms of the deal or the size of AB InBev’s stake.

AB InBev has made inroads in China’s small but fast-growing craft beer market, which analysts say may account for as little as 0.1% of the country’s $80 billion a year in beer sales, but which may also be growing at triple-digits in the major cities of Beijing, Shanghai, and Shenzhen. China’s overall beer market has declined since 2014.

Goose Island, the Chicago-based craft brand AB InBev acquired in 2011, is popping up in bars across Beijing and Shanghai. Meanwhile, AB InBev is negotiating with distributors and bars to expand it further. AB InBev is hiring top craft industry talent in China, offering bars free or discounted beer, and leaning on those distributors to only carry AB InBev beers.

It’s all part of the beer giant’s push to get Chinese (and the rest of the world) to drink more expensive beer. China ranks dead last among the world’s top beer markets for profitability; brewers eke out $2 of profit per hectoliter of beer sold. (Domestic beers sold in America earn profits of $30 per hectoliter.)

Some of AB InBev’s moves have attracted contempt from China’s craft beer community, who see it as a deep-pocketed brewer intent on grabbing market share in China after it missed the rise of craft’s popularity in the U.S. But others, including Boxing Cat’s brewmaster Michael Jordan, say a deep-pocketed investor is just what the tiny market needs.

“We wanted and needed a partner that shared our vision for growing the craft community as well as having the resources available to do it with the same emphasis and quality that we have always strived to maintain as a brand,” Jordan wrote to Fortune today. “I’m hoping this will help tremendously not only for our brand but for the craft market development moving forward as a whole.”