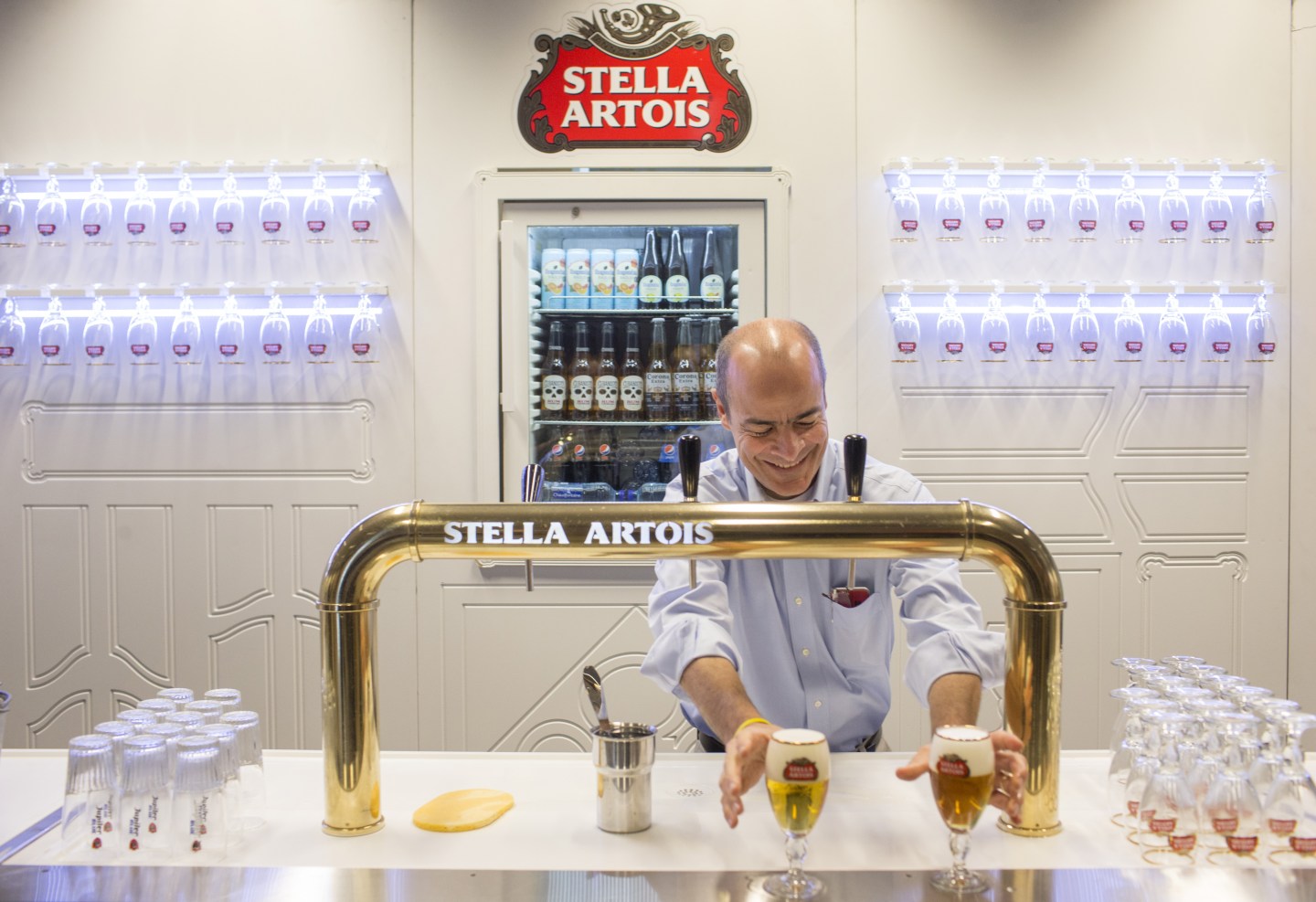 Anheuser-Busch InBev said it had sweetened its offer for SABMiller in the mega merger of the beer brewers, after Brexit-inspired currency moves substantially changed the value of the deal.

When AB InBev (BUD) agreed in November to pay 44 pounds per share of UK-based SABMiller, the price of the deal equated to $108 billion. Since then, though, the British pound has tumbled almost 14% against the U.S. dollar, largely a result of Britain’s vote to exit the European Union. That meant AB InBev, which is based in Belgium but planned to pay for the deal mostly using debt denominated in dollars, wouldn’t have to pony up nearly as much as it originally thought.

But after SABMiller said last week that it would have to reconsider the attractiveness of the deal in light of the foreign exchange rate changes, AB InBev slightly upped its offer on Tuesday to 45 pounds per share.

In reality, though, the Budweiser brewer is still getting a huge discount on the price it initially agreed to pay for SABMiller. AB InBev noted that its new and “final offer” represents an increase of one pound per share. But in dollars, it is actually paying $7.50 less per share than it originally planned. Overall, the new offer is worth about $103.5 billion—or $4.5 billion less than when AB InBev made the deal last fall.

It’s no wonder, then, that SABMiller investors are reportedly pushing it to make AB InBev cough up more of that cash before going through with the merger. Elliott Management, a U.S.-based hedge fund and activist investor, wrote to SABMiller’s board earlier this month with concerns about the payment structure of the deal, and other hedge funds have also asked the company to hold out for a better offer, the Financial Times reported.

Whereas the pound’s slide hasn’t made much of a difference for British investors in SABMiller—who are now getting a slightly better price for their shares—it has a much bigger impact on the company’s American and European investors, who had calculated their potential returns using a much better exchange rate when the deal was announced.

Although AB InBev said its raised offer represents a 53% premium over SABMiller’s share price before the deal was announced (up from the 50% premium of its original offer), it’s not nearly as sweet once you translate it into other foreign currencies. In dollars, AB InBev’s new offer is only 33% above what SABMiller shares were worth before the deal (at the exchange rate at the time); in euros, the premium has fallen to just 29%.

SABMiller said it would review AB InBev’s revised offer, which came after a discussion between the chairman of each company about “recent exchange rate volatility and market movements.” The beer company had supported Britain remaining in the EU, with SABMiller CEO Alan Clark writing in a statement earlier this year that the firm’s “economic and business interests” are “best served by remaining in the Union.”

Alongside its cash offer, AB InBev also made a special cash-and-stock offer known as a partial-share alternative for a minority of SABMiller’s shares, which it also sweetened on Tuesday, but it comes with restrictions that only the company’s largest shareholders are expected to accept.