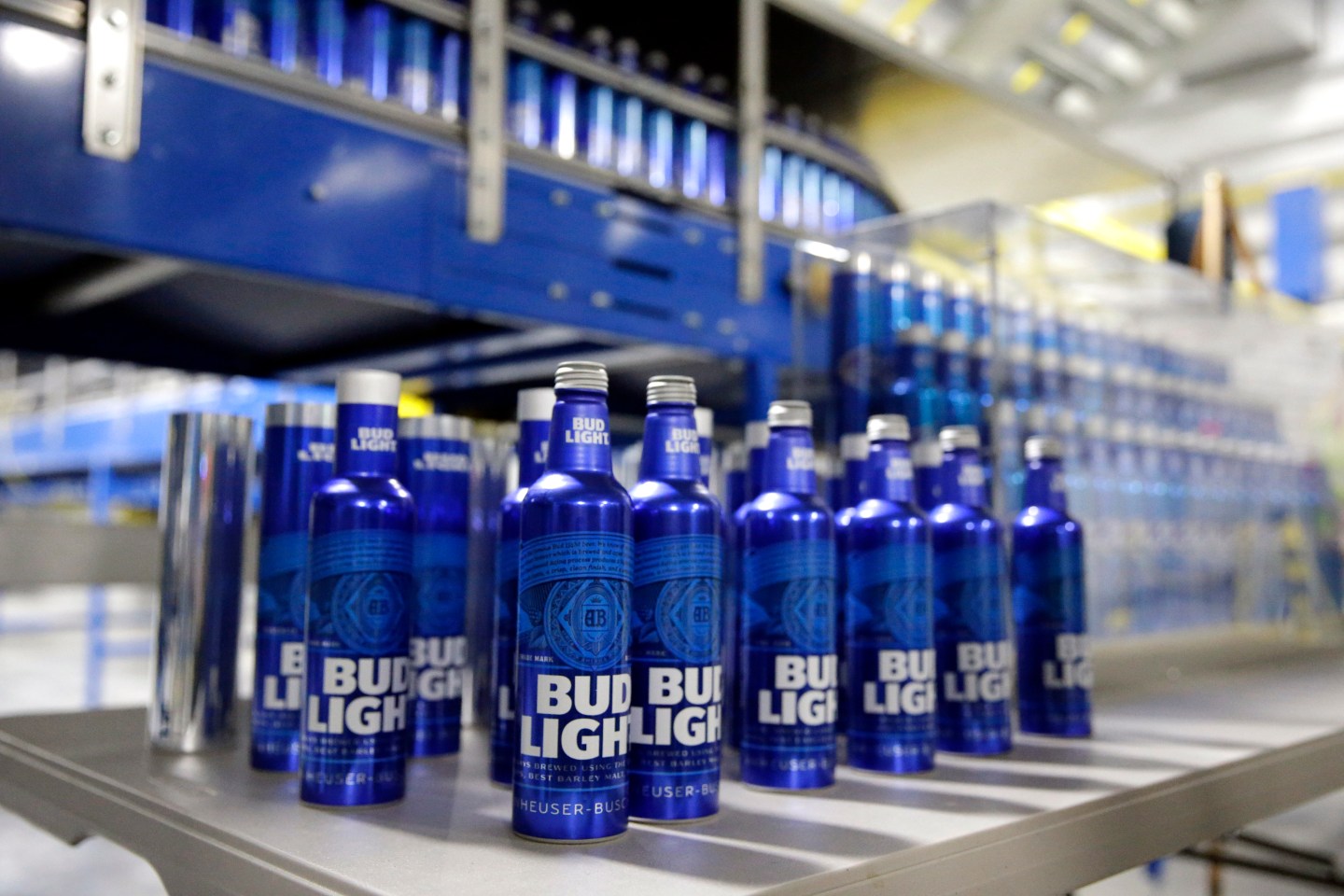 Anheuser-Busch InBev has inked a deal to acquire Texas-based Karbach Brewing Co., the ninth craft beer acquisition by the giant beer producer in a move meant to boost the company’s “craft” portfolio.

AB InBev (BUD) is scooping up Karbach, which has become one of the nation’s fastest-growing craft brands by establishing a strong foothold in the Houston market and with a recent expansion into the Dallas/Ft. Worth region of the state. The craft brewer’s production reached a little over 40,000 barrels last year. Brewing capacity at Karbach should hit 150,000 barrels per year by 2019 thanks to AB InBev’s planned investments.

Terms of the deal weren’t disclosed by the parties. The acquisition news came just a few weeks after AB InBev closed on its $103 billion deal for rival SABMiller, an acquisition that merged the world’s two largest beer producers.

AB InBev, MillerCoors, Constellation Brands, and Heineken—which together control 81% of the U.S. market—have all announced craft beer deals as they aim to gain greater exposure to a consumer-led movement away from mass produced beers in favor of locally produces ales. Craft brewers have doubled their share of the $100 billion beer market, to 11%, in the past four years while sales of mass-market beers have stagnated.

AB InBev has been more acquisitive than most of its competitors. It has bought nine craft brewers so far, including Goose Island, Blue Point, Elysian, and Golden Road. The deal for Karbach is the company’s second craft beer deal of 2016, as AB InBev acquired Devils Backbone in April.

The opportunity to expand Karbach is likely alluring as that craft brewer’s hot growth has all come from the Texas market; it hasn’t yet expanded beyond the state. Industry publication Beer Marketer’s Insights says the deal fills a notable hole in AB InBev’s craft beer portfolio: a sizable position in the critical Texas beer market. The state is the second-largest U.S. beer market—and the top market for AB InBev. Other recent deals in the Texas craft beer space include MillerCoors’ majority stake deal in Revolver and the stake Heineken-backed Lagunitas bought in Independence.

“With Karbach, AB will own well over 1 mil bbls of acquired craft brewers all over the country,” Beer Marketer’s Insights wrote in a report on the deal. And encouragingly, AB InBev’s craft beer bets seem to have been prudent ones. The portfolio is continuing to post solid growth even as the broader craft industry’s sales growth slows down.