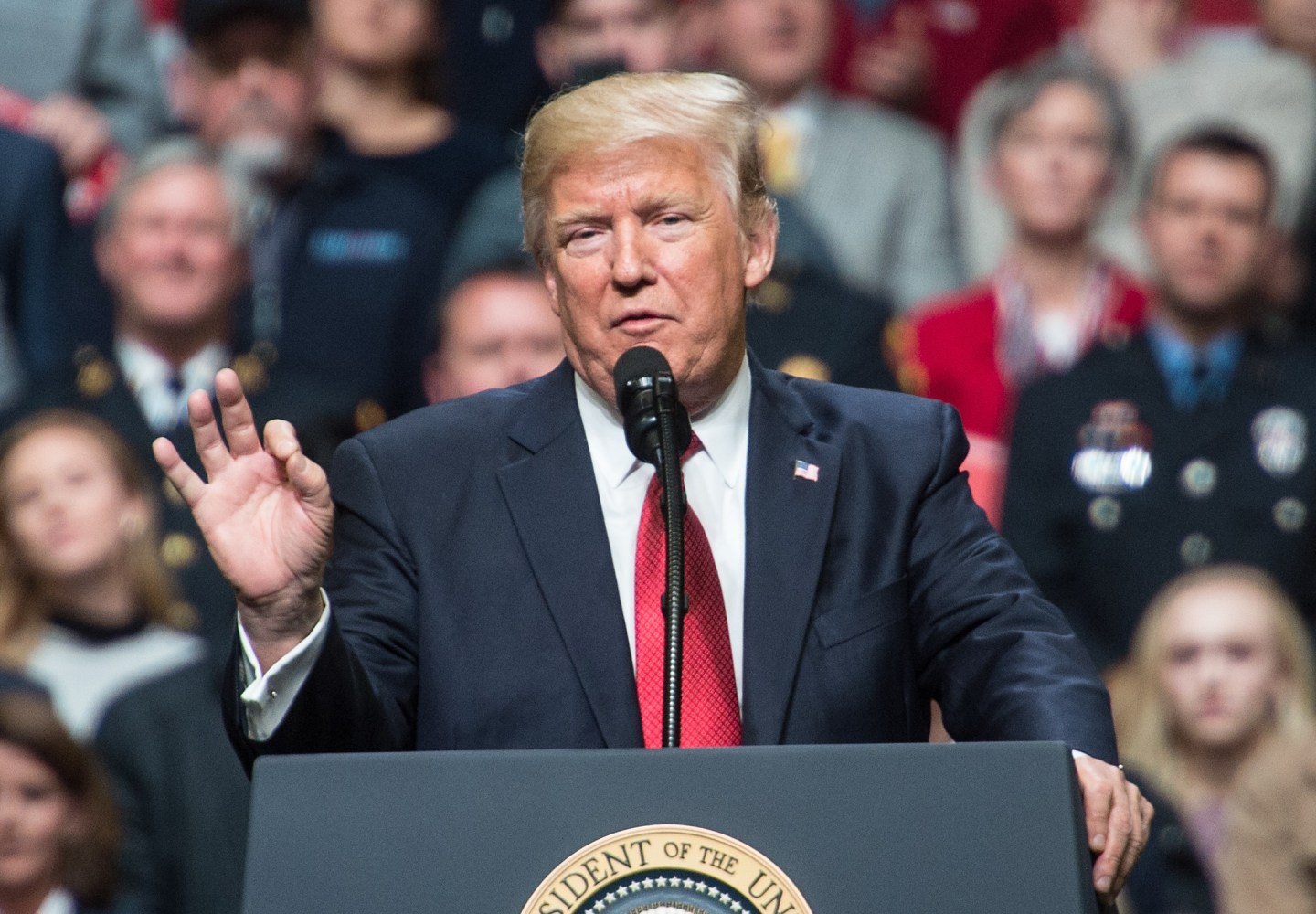 President Donald Trump has finalized his first budget for the federal government, a blueprint that would make deep cuts in the Environmental Protection Agency and other domestic programs while significantly increasing spending on the military.

The budget, to be submitted to Congress on Thursday, was widely expected to cause political pain for Republicans and Democrats, who will have the final say on spending in the arduous budget process.

Trump has promised a spending plan that fulfills his campaign promises to boost national security, from spending more on defense to building a wall along the U.S.-Mexico border. Though he repeatedly promised that Mexico would pay for the wall, U.S. taxpayers will foot the bill.

“We are proposing a budget that will shrink the bloated federal bureaucracy—and I mean bloated—while protecting our national security,” Trump told supporters at a campaign rally late Wednesday in Nashville, Tennessee.

He boasted that the expected increase for the military will be “one of the single largest increases in defense spending history in this country.” He also predicted that under his leadership the armed forces will become “bigger, better, stronger than ever before.”

Republicans have groused about some of the preliminary plans, including elimination of the $3 billion community development block grant program that’s popular among local GOP officials; a 25 percent cut to the EPA and elimination of 3,000 jobs; and the scuttling, essentially, of a $300 million per-year program to clean up the Great Lakes.

Trump’s plan to eliminate community development block grants was dismissed on Capitol Hill by those who remember how a modest cut to the program sank a spending bill not long ago.

The United States spends more than half a trillion dollars on defense, more than the next seven countries combined. But Trump has signaled he would make the Pentagon the big winner with a $54 billion boost to defense spending.

The State Department and the U.S. Agency for International Development faced a budget cut of about 31 percent, according to several officials.

Democrats are unlikely to support the cuts, and Republican defections raise the possibility of a congressional train wreck and a potential government shutdown when the 2018 budget year begins Oct. 1.

The budget, known as a “skinny budget,” was unlikely to have many of the details expected on Capitol Hill. It will be limited to the discretionary, $1 trillion-plus portion of the $4 trillion annual federal budget that pays for Cabinet agencies and departments.

The remainder of Trump’s budget—proposals on taxes, mandatory spending and deficits and projections on the economy—won’t come out until May.

Preliminary reports on the budget show some domestic Cabinet agencies, such as the departments of Homeland Security and Veterans Affairs, would see increases, including $3 billion for Trump’s promised wall on the U.S.-Mexico border.

People familiar with the budget who spoke on condition of anonymity in advance of the public release say the White House is seeking a 30% cut from an Energy Department office that promotes energy efficiency and renewable energy. The office has funded research on projects such as LED light bulbs, electric trucks, advanced batteries and biofuels.

The Office of Energy Efficiency and Renewable Energy is targeted for at least $700 million in cuts from its current $2.1 billion budget, said Scott Sklar, chairman of the steering committee of the Sustainable Energy Coalition.

The Energy Department could see steep cuts for its 17 national laboratories, which conduct cutting-edge research on topics from nuclear power to advanced materials for energy generation, storage and use.

Trump’s preliminary budget, delivered in secret to agencies last month, had proposed a 37% cut to the State Department and foreign aid budgets. Those cuts and others were subject to revision in the back-and-forth the White House had with agencies leading up to the release, and the pain was eased for the State Department.