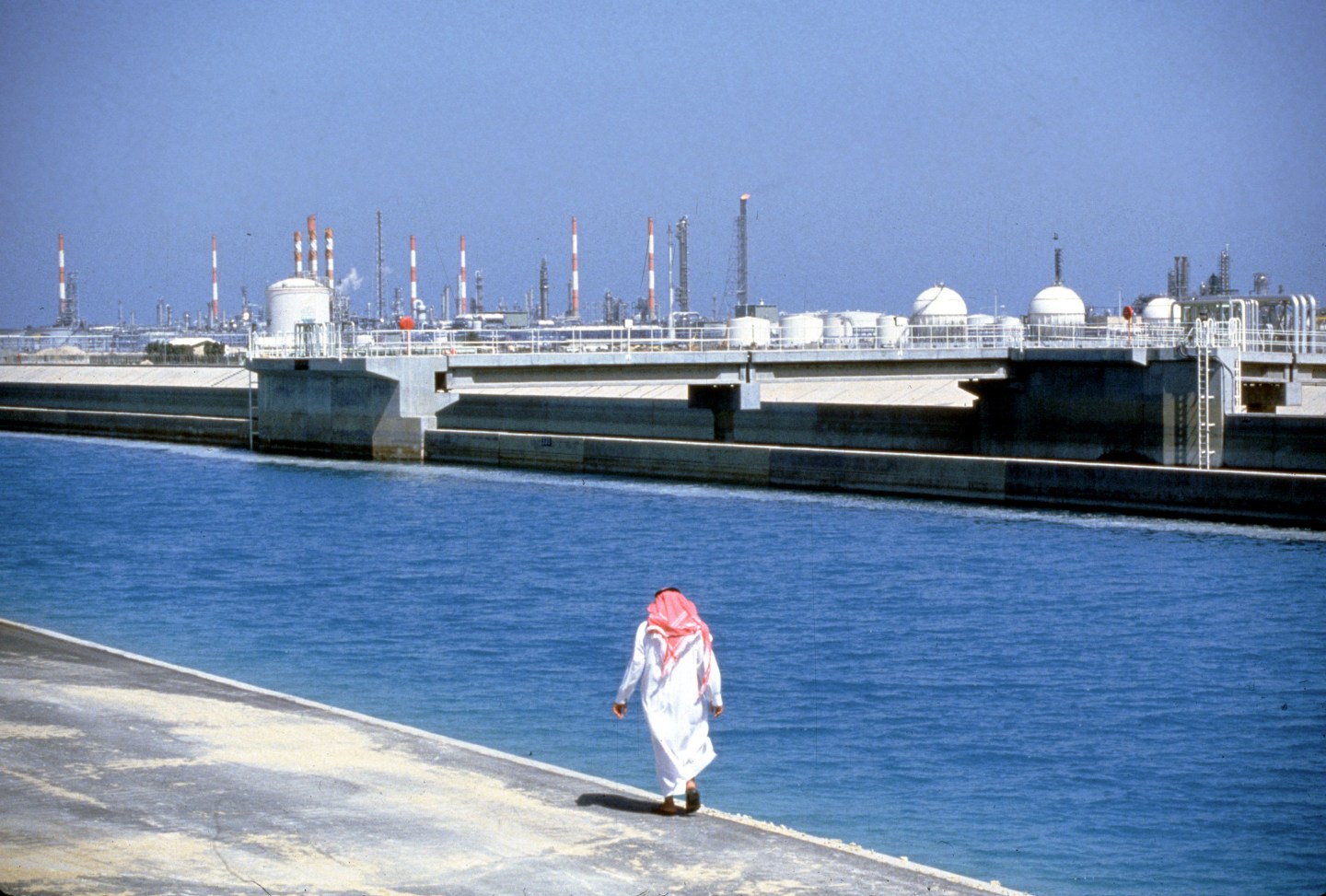 Is the oil price war back on? Or is it just a Saudi head fake?

Saudi Arabia Tuesday fired a shot across the bows of those who think that last November’s deal on cutting crude oil output is an invitation to them to take a ‘free ride’ at others’ expense.

According to its own data, the Desert Kingdom produced an average of 10.011 million barrels a day in February, up 263,000 barrels a day from January. At first sight, that goes against the grain of the agreement that Saudi brokered with fellow OPEC members and other non-OPEC producers such as Russia and Mexico in November.

The news sent shudders through crude oil markets, pushing futures down by over 2% to their lowest since the November deal.

That accord had aimed to cut world oil supply by 1.8 million barrels a day (around 2% of world output) from January through June, to speed the rebalancing of a world market suffering from a glut. It had been hailed as the de facto end to a two-year price war that had pushed crude from over $100 a barrel to under $30 at its low point a year ago. At 1640 Eastern Time, the benchmark U.S. future was trading at $47.30, down 2.3% on the day.

It’s less than a week since Saudi Energy Minister Khalid al-Falih came to Houston to warn an industry conference that “We will not bear the burden of free riders,” a clear sign of displeasure at apparent cheating on the agreed quotas. Russia, the world’s biggest producer, had only cut its output from the agreed baseline by 100,000 barrels a day through February, in contrast to the 300,000 pledged. Matt Smith, an analyst with ClipperData in Louisville, points out that other countries both inside OPEC (Venezuela, Angola) and outside (Azerbaijan, Kazakhstan) appeared to be failing to comply recently, judging by evidence of higher export volumes.

To rub salt in Saudi wounds, U.S. companies (who aren’t bound by the accord) have responded with alarming speed to cash in on the rise in prices. The number of U.S. oil drilling rigs has risen 30% since November to 617 as of last week, according to Baker Hughes. That’s the highest since February 2015.

But Saudi’s numbers come with a caveat. They were what OPEC calls ‘primary source’ data – i.e., what OPEC members officially report to the organization.

But, because some members have accused each other of lying about output levels in the past, OPEC also publishes numbers based on independent, or ‘secondary’ sources, deduced from granular tracking of cargo movements and other data. And according to the secondary sources, Saudi actually cut output further in February to 9.797 million barrels a day. Some conclude that Saudi’s official data may be just a bluff, a signal to the oil producing world not to take too much for granted.

“It’s a shot across the bow,” said Clipper’s Smith. “These hints are only going to continue as long as they see other parties to the accord not complying.”

Whatever the intent, some in Riyadh were obviously alarmed by the interpretation of their data, hurriedly putting out a statement later that Saudi had only “supplied” 9.90 million barrels a day to the world, and stressed that it had shown “responsible behaviour.” The market was unimpressed, only clawing back a small fraction of the day’s losses.

Smith said that irrespective of who is actually cheating or not on their agreed quota, the biggest problem is that the goal of ending the glut on world markets – the whole reason for the output restraint – is still far away. According to the OPEC report, inventories in developed economies actually rose in January (the last month for which data are available) after coming down slightly in previous months. At 3.006 billion barrels, they’re 10%, or 278 million barrels, above their five-year average.

“Today’s figures show them going in the wrong direction,” Smith summed up.

UPDATE: This story has been updated to include Saudi Arabia’s statement.