Amazon’s Delivery Drones Can Be Seen at SXSW 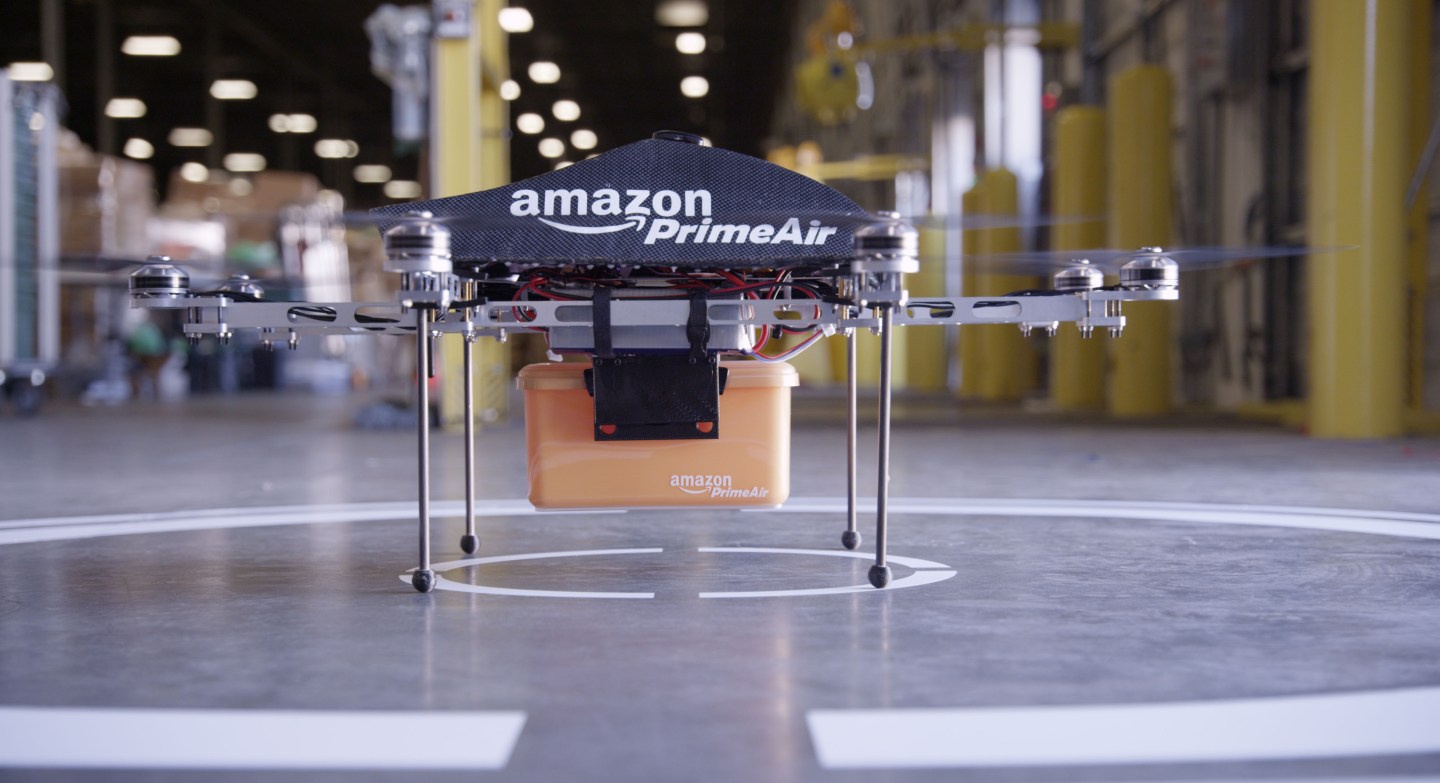 If you happen to be in Austin this week, now’s your chance to grab a quick look of Amazon’s delivery drones.

The retail giant is showcasing two of its Prime Air drones to attendees of this year’s annual South by Southwest festival in Texas. Amazon said this was the first time it ever displayed its drones to the general public, according to a NBC News report on Sunday.

Unfortunately, people hoping to see those drones deliver toothbrushes, fast food, or other goods will be disappointed. Amazon is not performing any test deliveries using its drones for attendees, nor is the company even flying them at the festival.

The drones are instead protected behind a glass enclosure, with a security guard nearby ensuring that no one would tamper with them, reported NBC News.

For the first time ever, Amazon's Prime Air drone is on display to the public at #SXSW. pic.twitter.com/IF1qOX9mJf

One of the drones Amazon is displaying is apparently similar to the drone the company used in December for a drone delivery test in England.

Companies like Amazon, Google (GOOG), and UPS (UPS)have all been performing staged drone deliveries in recent years that are part pageantry and part a display of their respective technologies.

Despite these public spectacles, like one that took place September in which Google parent company Alphabet used drones to deliver burritos at Virginia Tech, it’s unlikely that the public will see widespread use of drone deliveries in the near future.

For more about finance and technology, watch:

For one, current Federal Aviation Administration regulations prohibit drones from flying beyond the site of their human operators, thus limiting the ability for drones to deliver goods in far-off places. And even if drones were able to legally fly beyond the line of site of operators in commercial settings, current battery technology only allows them to fly for around 20 to 30 minutes before needing a recharge.

That’s partly why UPS in February tested an experimental delivery truck that had a recharging station for drones used for deliveries.