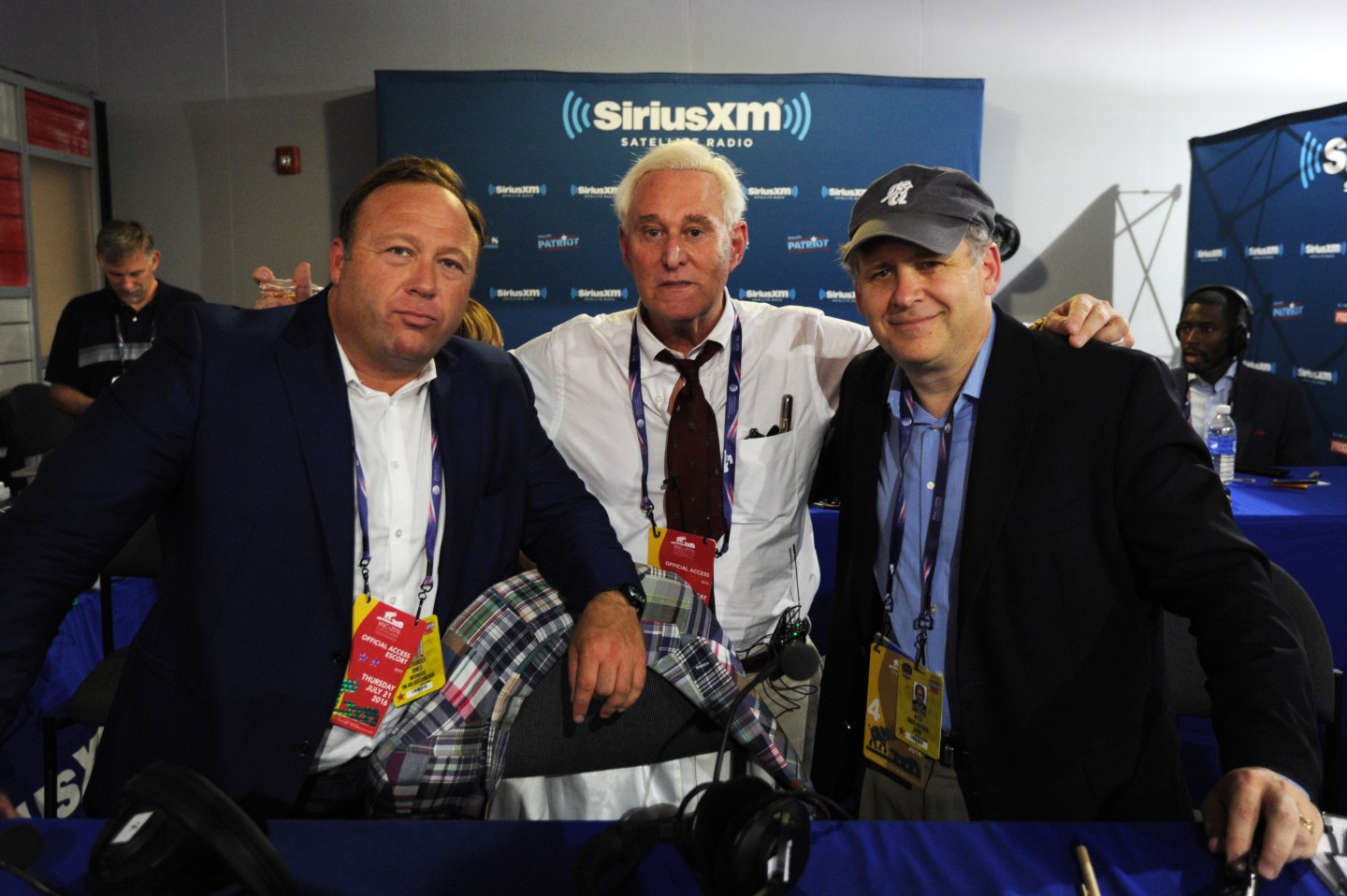 Republican strategist Roger Stone, a longtime associate and former campaign advisor to Donald Trump, has confirmed to several outlets that he communicated during the Presidential campaign with Guccifer 2.0, a pseudonymous figure who had claimed credit for hacking the Democratic National Committee.

The communication, originally uncovered by The Smoking Gun, was via direct messages on Twitter, and Stone described the exchange to Business Insider as “brief and banal.”

In one message on August 14th, Stone told Guccifer 2.0 he was “delighted” that Twitter had reinstated their account. This was after Stone published an article at Breitbart News supporting Guccifer 2.0’s claims of sole responsibility for the hack of the DNC. The DNC itself at the time cited claims by security experts that Guccifer 2.0 was a front for Russian state intelligence, while Stone insisted that parties should “stop blaming Russia.”

The Worst and Best Parts of WikiLeaks’ CIA Leak

Two days later, Stone also asked Guccifer 2.0 to promote a column he had written. Guccifer 2.0 on August 17th messaged Stone: “i’m pleased to say that u r great man. Please tell me if I can help u anyhow. It would be a great pleasure to me.”

The communications themselves do not indicate of any sort of coordination between the Trump campaign and sympathetic hackers, Russian or otherwise. But they were followed by a handful of Tweets from Stone that implied he had insight into the release schedule of the DNC emails and other materials via Wikileaks.

Trust me, it will soon the Podesta's time in the barrel. #CrookedHillary

Stone has since said he had a “back channel” to Wikileaks through a “common friend,” possibly explaining his foreknowledge. Wikileaks has denied awareness of any such communication.

The Trump campaign, and now the Trump administration, have been persistently dogged by the suspicion of connections with the Russian state and Russian intelligence. Stone is a close associate of Paul Manafort, who resigned as President Trump’s campaign manager mid-campaign due to questions about his extensive lobbying work for pro-Russian interests in Ukraine. Manafort may have been facing blackmail in connection with those relationships.