Gloria Steinem: There Is No Such Thing As ‘White Feminism’ 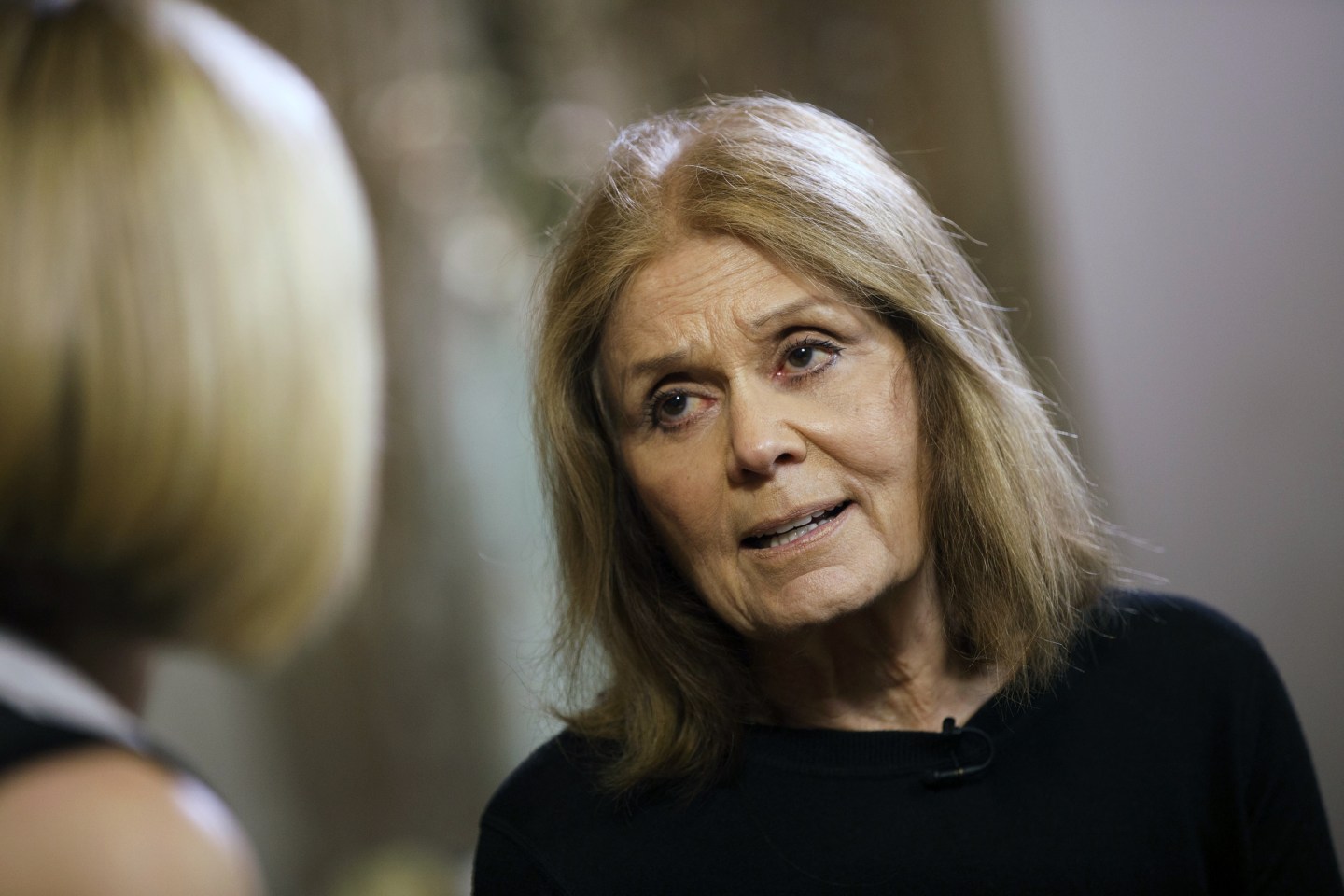 Activist Gloria Steinem, founder of Ms. Magazine, speaks during a Bloomberg Television interview at the 2017 MAKERS Conference in Rancho Palos Verdes, California, U.S., on Monday, Feb. 6, 2017. MAKERS partners with companies and organizations to celebrate and acknowledge their female employees and connect them to a larger network. The conference tackles issues ranging from violence against women to inclusion of men. Photographer: Patrick T. Fallon/Bloomberg via Getty Images
Patrick T. Fallon—Bloomberg via Getty Images

For Gloria Steinem, the feminist movement is intersectional by default.

At an intimate fundraising dinner held Thursday evening in New York City to benefit non-profit Girls Leadership, Steinem spoke at length about the perception that silos that exist between black and white feminists.

Steinem was adamant about the fact that “white feminism” as a term has no place in the discourse about gender equality. “There is no such thing as white feminism. If you call it white, it’s not feminism. It either includes all women, or it’s not feminism,” she said. Steinem also pointed out that black women were a major driving force of the feminist movement, particularly during her heyday in the 1970s.

“Disproportionately, African American women invented feminism, and if you call it a white movement, you’ve eradicated…hundreds and hundreds of people who I learned from, who were my teachers,” Steinem told the group.

One guest at the event, which took place in the Manhattan home of philanthropist Janet Montag and was attended by prominent female community leaders including No Ceilings director Terri McCullough and W Magazine‘s executive managing editor Regan Solmo, asked Steinem a question that many Hillary Clinton supporters are still grappling with: Why did the majority of white women vote for President Trump? Steinem looked to history to explain:

“In China, they did not bind the feet of poor women. They bound the feet of rich women, because those women are the means of production of the ruling class. [Similarly,] white married women in our culture are more likely to have our minds bound, so to speak, because we’re more likely to be dependent on a man’s social identity.”

In addition to politics, Steinem addressed a topic near and dear to Girls Leadership: How to make sure young girls today get the mentorship they need now to become leaders later on. The nonprofit’s co-founder Rachel Simmons pointed out: “Everywhere I am today, I am there because of an older woman.”

Steinem, who grew up taking care of her mother, pointed out that oftentimes a mentor doesn’t come in the form of a family member—or even in the form of a real person. “Looking back, I think I found [guidance] from books,” she told the room. “I think I found it in Louisa May Alcott. Little Women was a world in which women talked about everything.”

The activist and author also acknowledged that fighting for gender equality can sometimes seem like a never-ending battle, but reminded the room that it’s not all about work and having “difficult conversations.”

“Now, I’m not saying that they’re not difficult, but I think we should also capture the joy of it because it’s not just about difficulty,” she said. “You get to hear different jokes and [have] different experiences and food and, I don’t know, you get to love each other.”