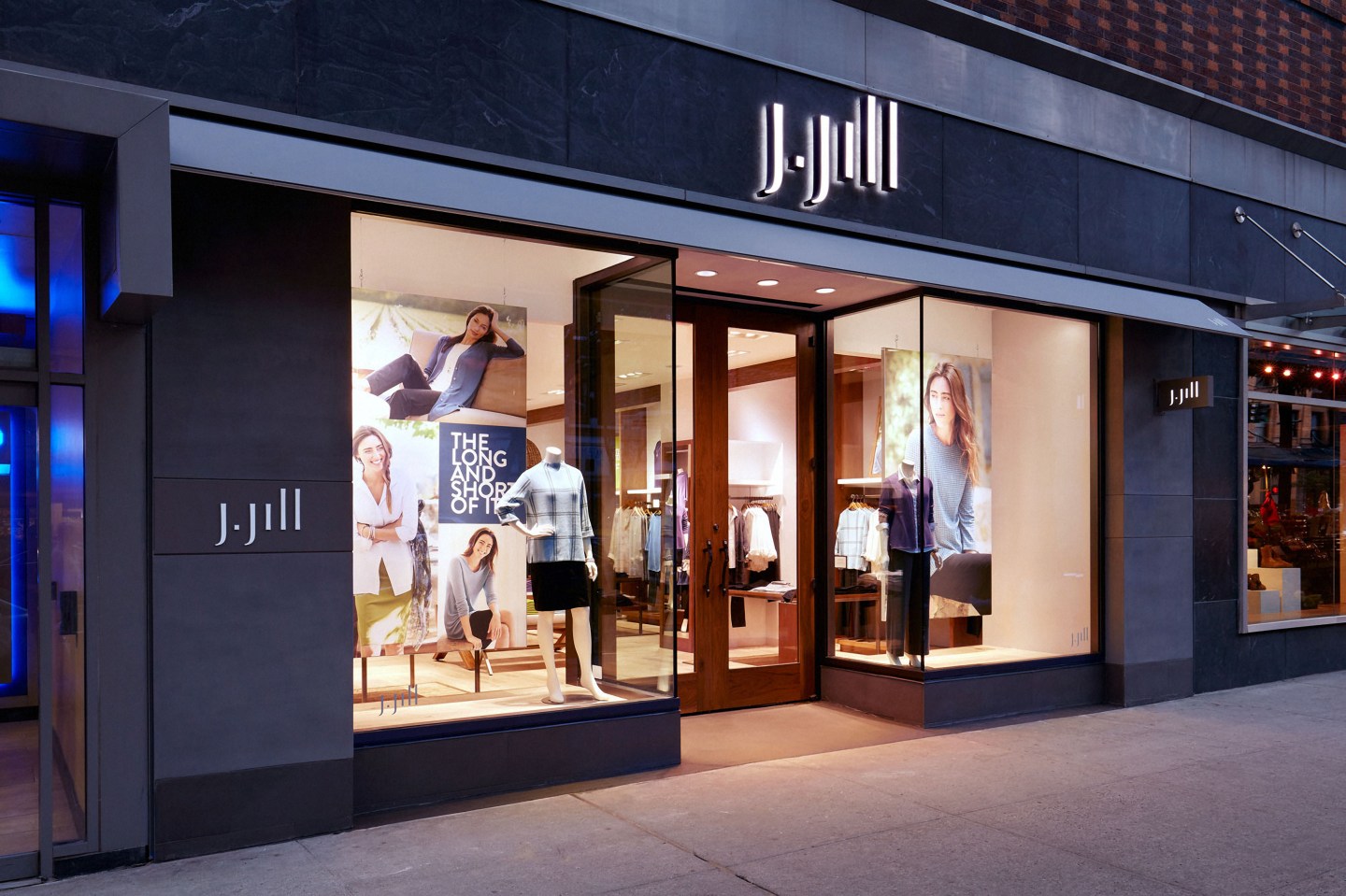 J. Jill’s stock was most recently trading at around $12.68, a tad below the $13 offer price. The shares are trading on the New York Stock Exchange under the ticker symbol JILL. J. Jill is receiving no proceeds from the offering as the company’s owner, private-equity firm TowerBrook, is unloading shares in the IPO but will retain more than 50% of the company’s common stock.

Founded in 1959, J. Jill is a women’s apparel brand that focuses on customers between the ages of 40 to 65 and relies heavily on catalog- and web-driven sales, which generate 43% of total revenue with the rest relying on brick-and-mortar retail. The company’s strong direct-to-consumer model is linked to J. Jill’s heritage as a catalog company and it circulated 57 million copies of catalogs in 2015 alone. J. Jill contends that those direct channel relationships can also fuel sales at the company’s 275 stores.

J. Jill has already outlined plans to open an additional 10 to 15 new stores in fiscal year 2017 and hopes to maintain that pace going forward as it looks to open 100 new stores over the long term. The retailer is profitable and has reported steady same-store sales growth. Net sales totaled $617 million for the 12-month period ended October 29, up from $432 million in 2012.

While J. Jill is a growth story, the IPO comes at a time when consumers are spending more online and visiting physical stores less frequently. Though J. Jill is more reliant on e-commerce than many rivals, it still must contend with a tough competitive environment for apparel. Low-priced, quick-moving fast-fashion sellers like H&M, in particular, have put pressure on legacy apparel makers.

“There is a lot of negative sentiment about the apparel sector and a lot of talk about the industry headwinds,” Chief Executive Paula Bennett told Fortune in an interview. “The headwinds facing many of our peers are tailwinds to us. We see ourselves as a model that others aspire to be.”

Bennett said one big advantage that J. Jill has is that the company has exceptionally close relationships with a very loyal customer base. The data it holds is so extensive that the retailer can pinpoint the exact customer for 97% of transactions it generates. That results in better product and marketing development. One example: the retailer noticed that a line called Pure Jill was particularly popular with the company’s most loyal customers. It invested more into the brand, boosting that $26 million business to a $100 million line within just three years.

The retailer is going public at a time when the IPO market is looking a bit sturdier. Retailers generally receive a warm welcome from Wall Street when debuting on the public markets. Over the past 10 years, they’ve reported a first-day pop of 27% on average, according to IPO ETF manager Renaissance Capital. But U.S. apparel retail offerings have been rare: there’s been only one in each year between 2012-2015.

The other cautionary element to J. Jill’s IPO is that women’s apparel brands that focus on older clientele haven’t always been strong performers over the long haul. Coldwater Creek, for example, landed in bankruptcy in 2014. Talbots was taken private for only $193.3 million in 2012, while Ann Taylor owner Ann Inc. sold for $2.16 billion a few years later. All struggled in their attempt to sell apparel to more women in the older, core demographic they served, as well as finding new business from younger consumers.

J. Jill itself has gone through a handful of transactions over the years. It went public in 1993 and was acquired by Talbots for $517 million in 2006 after a bidding war with Liz Claiborne. Just a little over three years later, it was sold to private-equity firm Golden Gate Capital for only $75 million, and was sold again in 2015 for a reported $400 million to TowerBrook.

But Bennett says J. Jill is different from others that have targeted mature women and sees opportunity to expand the customer base as it currently only serves about 2% of women’s apparel buyers over the age of 40. The customer J. Jill targets is also affluent, with average household income of $150,000.

“She can afford to shop at many places but trusts us because we provide styles that are relevant to her lifestyle,” said Bennett. “We interpret trends for her. We are always on trend, but not trendy.”