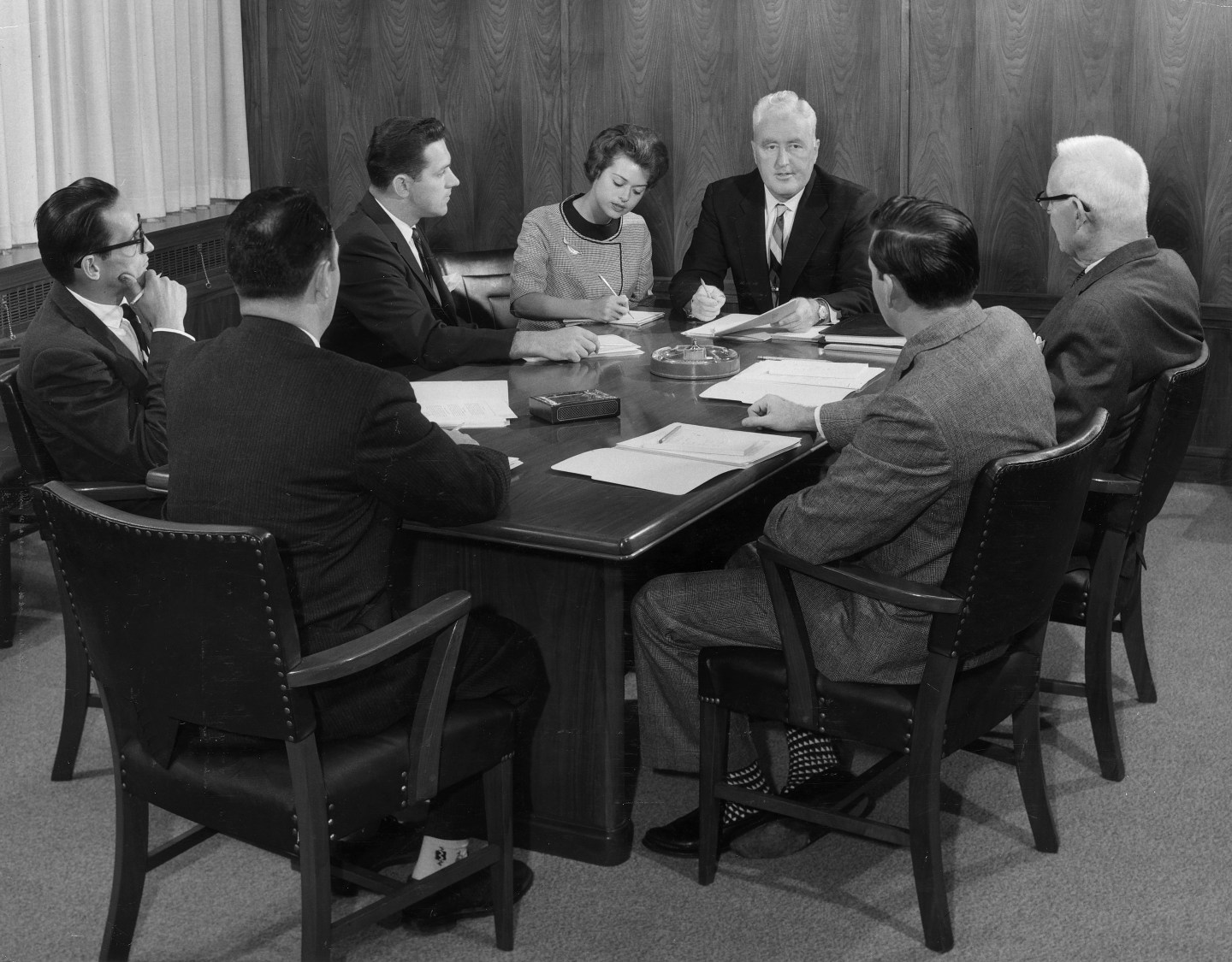 circa 1965: A group of businessmen have a meeting while sitting around a table in a conference room as a secretary takes notes on a notepad. An elderly businessman conducts the meeting at the head of the table. (Photo by Lambert/Getty Images)
Lambert-Getty Images

As communities around the world aim to show the vital role women play in the workforce Wednesday, one money manager said it has already heard the message loud and clear.

State Street Global Advisors, which has roughly $2.5 trillion under management, announced Tuesday that it would pressure 3,500 companies worth $30 trillion in market cap to aim for gender parity on their boards. Company boards represent shareholders and vet executives’ actions.

“Today, we are calling on companies to take concrete steps to increase gender diversity on their boards and have issued clear guidance to help them begin to take action,” Ron O’Hanley, CEO of SSGA said in a statement.

SSGA said it will even exercise its proxy voting power on those companies that it owns a stake in to help balance out the gender diversity of their boards.

“Most large-cap company boards in these markets have at least one female director but have yet to fully embrace gender equality in their ranks. We believe boards have an important role to play in increasing gender diversity and believe our guidance can help directors take action now,” said Rakhi Kumar, head of corporate governance at SSGA.

SSGA, which largely manages passive funds, didn’t specify exactly how it planned to make the boards more diverse — but studies have shown deeper board-room issues than just the lack of women including equal-pay gaps.

According to a recent study from researchers at the University of Missouri and University of Delaware, women and minority board members at more than 1,800 companies are paid up to 9% less than their white, male counterparts. Women are also unlikely to chair or serve on important committees, the study found.

Investors also have profit-driven reasons to seek more women on their company boards. A 2015 MSCI study of more than 4,000 public companies worldwide revealed that board rooms with stronger leadership also offered 36.4% greater return on equity since 2009.