Lowe’s Wants People to Fix Their Bathrooms in Virtual Reality 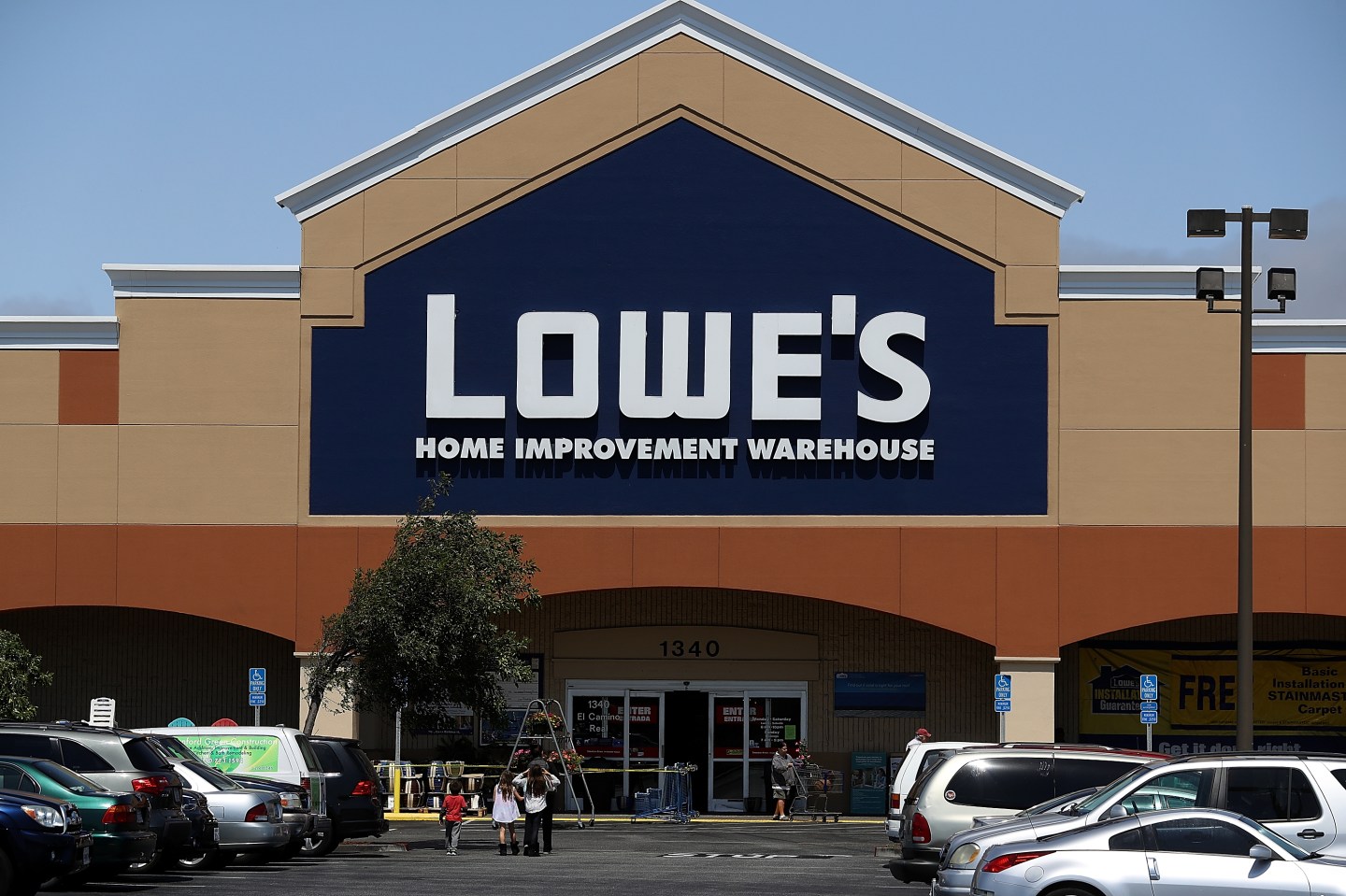 Lowe’s believes the best way to show its customers how to renovate their bathrooms is through virtual reality.

For the past few weeks, customers at the home improvement giant’s store in Framingham, Mass. have experienced what it’s like to install bathroom tiles—all without having to get their hands messy with cement and grout.

With the help of an HTC Vive virtual reality headset, Lowe’s Framingham customers can spend up to 20 minutes inside a small enclosure where they can interact with a 3-D representation of a bathroom. These customers receive detailed instructions about how to install bathroom tile, when to mix cement, and how to lay the tile.

“People don’t know how to do DIY projects anymore,” said Nel. “The skill set of being able to modify homes and do basic maintenance just isn’t being passed down from generation to generation as it did in the past.”

Lowe’s is detailing its new VR bathroom fixing initiative Tuesday as part of the company’s push to incorporate VR experiences at its stores and perhaps attract more customers. The company expects to debut the technology next month in Canada at a store in Quebec and another near Toronto, Nel said. The chain will also eventually install a similar VR experience in another U.S. location that it has yet to decide, he added.

Similar to other big-name retailers like Macy’s (M) and Kohl’s (KSS), Lowe’s has been hurt financially as consumers continue to shop online. The company said in November when it reported its third-quarter earnings that it was facing a slowdown in the number of people visiting its brick-and-mortar stores, although a stronger housing market seems to have helped lift its sales over the holiday season. In February, Lowe’s said it would lay off over 500 employees, just a little over a month after the company said 2,400 workers would lose their jobs.

Lowe’s has debuted several VR experiences in its department stores since 2014, as a way to show customers what their home additions would look like before they are built.

Nel said that customers were fascinated by the VR exhibits, and that Lowe’s received feedback that these people wanted the company to create tutorials about how to actually do their planned renovations.

“People asked, ‘Can you show me how to put in a toilet?’” said Nel.

As VR technology matured over the years, Nel said Lowe’s has been working on new types of VR experiences, and decided to focus on creating a tutorial for bathroom retiling based on a popular YouTube tutorial by a third party.

Nel said that when his team surveyed 30 people who used the VR retiling experience and compared them to 30 others who watched the YouTube video, the customers who used VR were 36 to 40% more likely to remember the bathroom tiling process than the others.

“I was shocked by how much it improved retention,” said Nel, who added that VR also made people more confident that they could do DIY bathroom renovation.

Still, it’s unclear whether Lowe’s new VR initiative or other similar projects have led to an increase in sales at its brick and mortar stores. The company does not disclose any statistics on how VR has contributed to its bottom line other than to say that the technology has driven interest and traffic to its stores.

But Nel said that Lowe’s VR projects are more than publicity stunts, and that the company will continue investing in them.