Why Dick’s Sporting Goods Is Ditching 20% of Its Suppliers 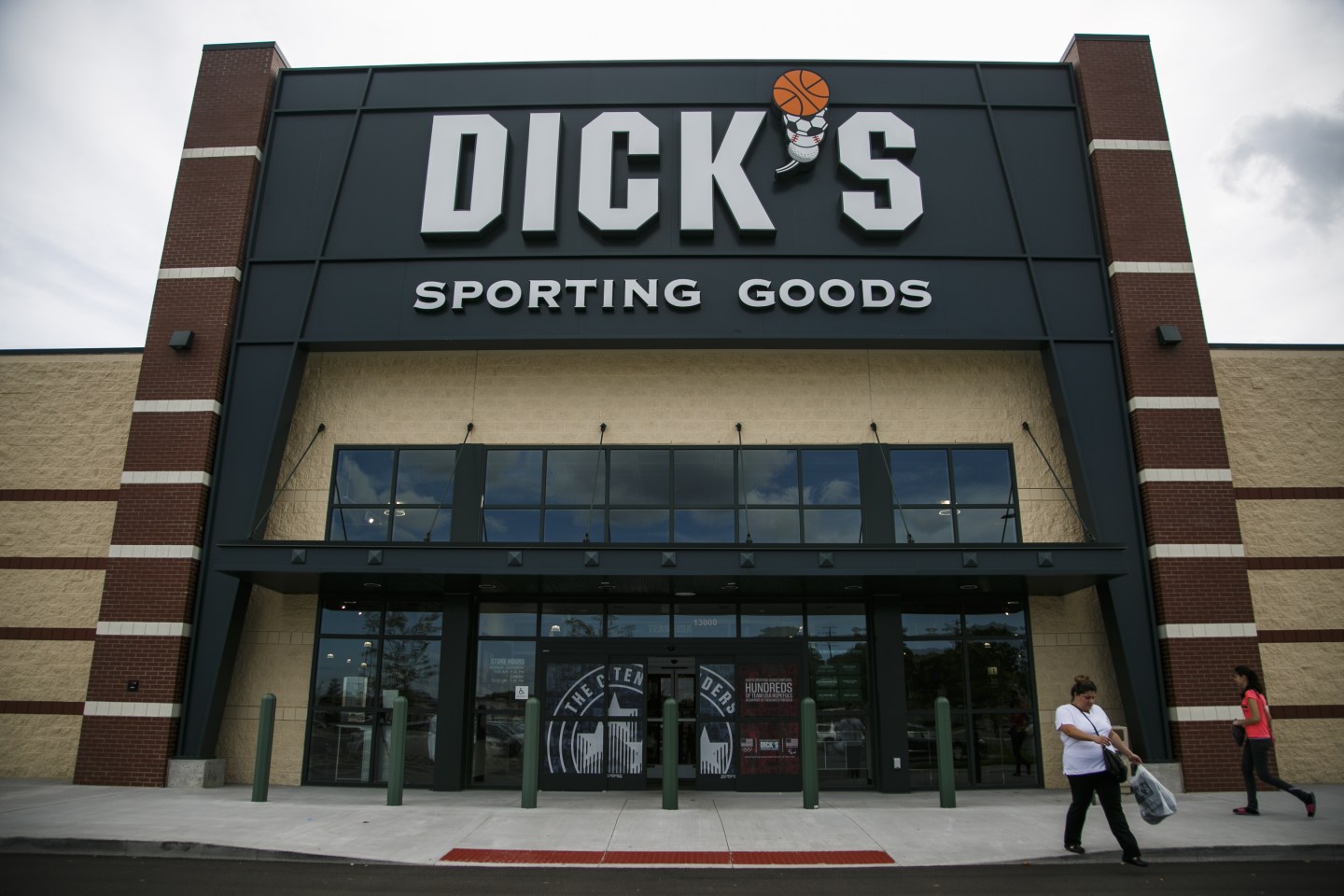 Dick’s Sporting Goods (DKS) will dump about 20% of its vendors and stock more of its own brands as it looks to fortify itself against the market forces that killed its defunct rivals like The Sports Authority.

The abandoned brands will be made up of minor labels rather than its top 10 best selling brands like Nike (NKE) and Adidas, Dick’s CEO Ed Stack said on Tuesday morning on a conference call with Wall Street analysts. He didn’t name any of the brands being dropped. At the same time, Dick’s will expand its in-house brands, which generates $1 billion a year and include women’s athletic line, Calia by Carrie Underwood, by adding two more this year.

“It’s difficult to tell people we have done business with for a long time that we are not going to do business going forward,” Stack said on the call. But, he added: “It’s the right thing to do long-term for the business.” Dick’s has taken a $46 million write down for the inventory “that does not fit within its new merchandising strategy.” In turn, it will give more space to its top names. Those include Nike, which generates 20% of its business, and Under Armour 12%, according to its annual report. In all, Dick’s deals with 1,600 vendors.

The charge was a factor in increasing the overhead costs that rose 20%, more than its fourth-quarter revenue rose as it gained market share from the bankruptcies of a slew of competitors like The Sports Authority, Sport Chalet and Golfsmith chains. And Eastern Mountain Sports and Bob’s Stores have also filed for bankruptcy. (Dick’s has taken advantage of the sports goods industry carnage by acquiring the intellectual property, customer databases and store leases from the bankruptcies of Sports Authority and Golfsmith.)

Still, Dick’s shares plummeted 9% as investors were unnerved by the company’s disappointing first-quarter earnings forecast and fears market share gains would abate. What’s more, the company expects more rivals to drop out, which is an opportunity longer terms but could lead to more aggressive clearance discounting by some rivals, pinching Dick’s profits. “The consolidation in this industry’s not over,” Stack said.

In all holiday season quarter, Dick’s had a profit of $90.2 million, or 81 cents a share, down 30% from $129 million, or $1.13, a year earlier. Revenue rose 11% to $2.48 billion in the three months ended in late January, while comparable sales were up 5%. In the current quarter, the company expects adjusted earnings of 50 cents to 55 cents a share, well below Wall Street analysts’ projections for 61 cents.