Volkswagen’s Successor to the CC Sedan Is Here 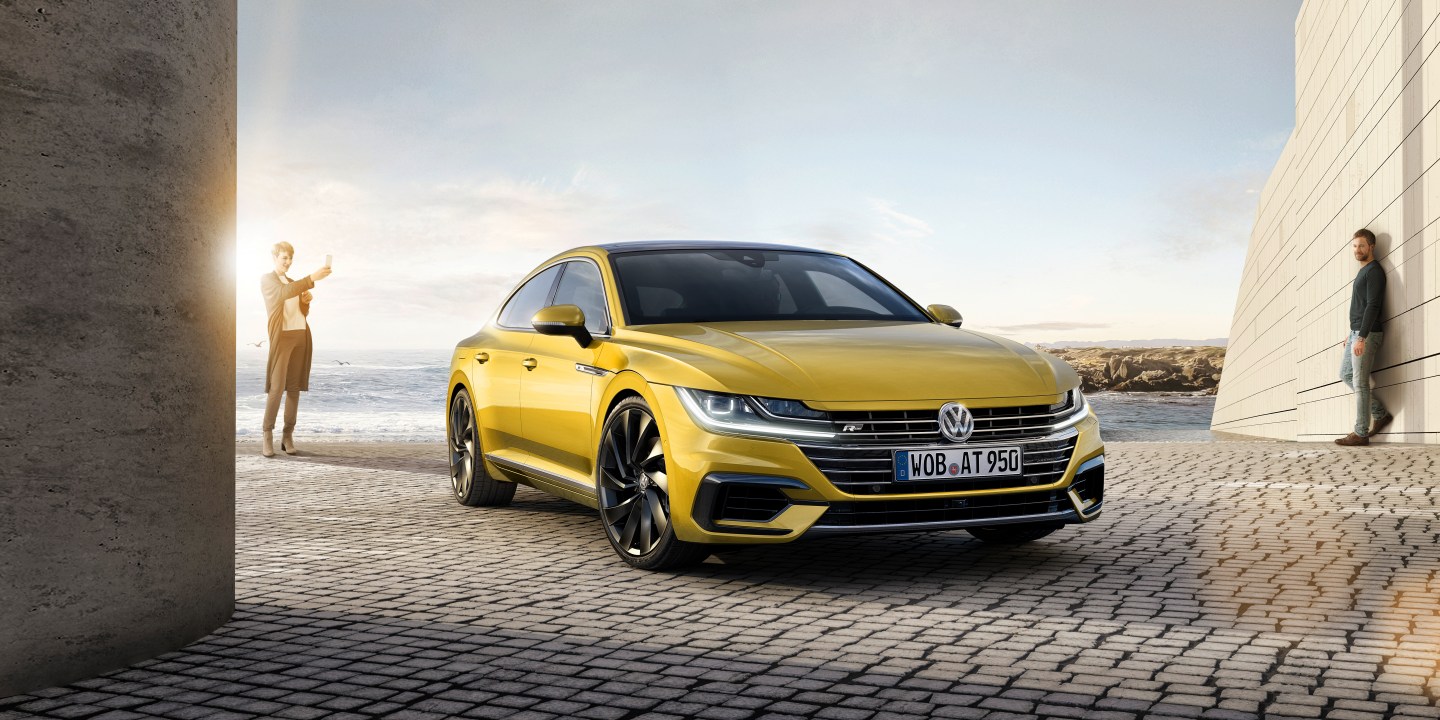 The Volkswagen CC, the higher-end version of the Passat, is finally being retired.

The German automaker revealed on Monday at the Geneva International Motor Show its replacement, a four-door “coupe” called the Arteon Gran Turismo. The premium sedan, which is based on the Sport Coupe Concept GT that Volkswagen revealed in 2015, is positioned above the Passat mid-size sedan.

The vehicle features a long wheelbase, coupe-style fastback design, and large rear hatch. The Arteon is being produced at Volkswagen’s Emden factory and will go on sale in Germany in mid June.

One of the most important design elements of the Arteon is its new front section, Volkswagen says. Other highlights of the vehicle includes a hood that extends over both fenders and a radiator grille that runs the full width of the car. The car will come standard with LED headlights, chrome strips on the side windows, aluminum alloy wheels, keyless entry feature, leather multi-function steering wheel, and driver assistance system.

Volkswagen is also offering the vehicle in two additional trims, the Arteon Elegance and the Arteon R-Line.

The Arteon will be offered in six engine sizes with power output that ranges from 148 to 276 horsepower as well as front-wheel and all-wheel variations, according to Volkswagen. The car will have a heads-up display and an infotainment system with a 9.2-inch screen that includes gesture control.

Below is a video of the reveal:

The vehicle will be equipped with adaptive cruise control that adjusts the speed as needed and a dynamic cornering light system with predictive beam control that recognizes when a bend is approaching and is already lighting it before the driver actively turns into it.

The vehicle also offers an emergency assist feature that will slow the car down and steer it into the nearside lane, traffic permitting, if the driver becomes incapacitated by illness.