Facebook Is Trying Out a ‘Dislike’ Button For Messenger Chats 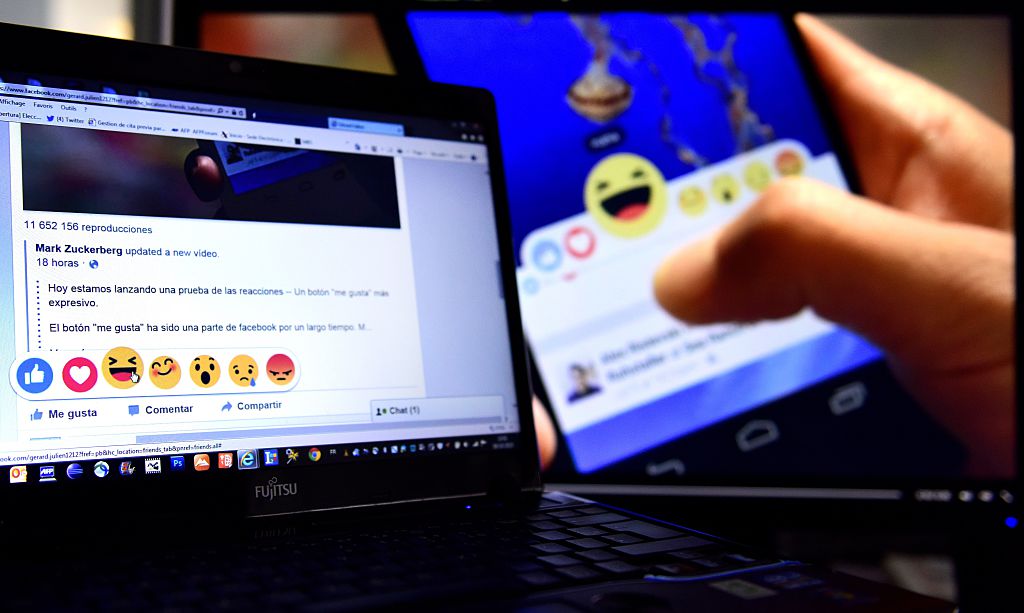 A picture taken on October 9, 2015 in Madrid shows a computer screen displaying the Facebook webpage with the new "Reactions" options as an extension of the "like" button, to give people more ways to easily signal how they feel. Facebook will begin testing this new feature allowing users in Ireland and Spain to express a range of emotions on posts starting today, but there will be no "dislike" button, the social network said. AFP PHOTO / GERARD JULIEN (Photo credit should read GERARD JULIEN/AFP/Getty Images)
Gerard Julien—AFP/Getty Images

Facebook (FB) is reportedly testing a Dislike button in the shape of a “thumbs down” emoji.

But rather than giving users the oft-requested ability to “dislike” content posted on Facebook’s News Feed, the elusive thumbs down is being trialed on Facebook’s Messenger app, Tech Crunch reported Sunday.

Some of Messenger’s more than 1 billion users have reportedly been offered the option of tagging friends’ messages with the Dislike button, along with other emoji responses—including thumbs up for “like,” heart-eyes for “love,” and mouth-agape for “wow”—familiar from Facebook Reactions, which diversified the “like” function when it launched a little over a year ago.

“We’re always testing ways to make Messenger more fun and engaging,” a Facebook official told TechCrunch. “This is a small test where we enable people to share an emoji that best represents their feelings on a message.”

If the function goes down well, Facebook could make it available to all Messenger users.

Facebook has long resisted clamor for a “dislike” button on the grounds that it would make the News Feed unduly negative. And despite the new Messenger Reaction’s optic, the company reportedly told Tech Crunch that its thumbs down was intended to function more as a “no” button. The idea, Facebook explained, is to see whether Reactions turns out to be helpful to those who use the Messenger platform for planning and voting.