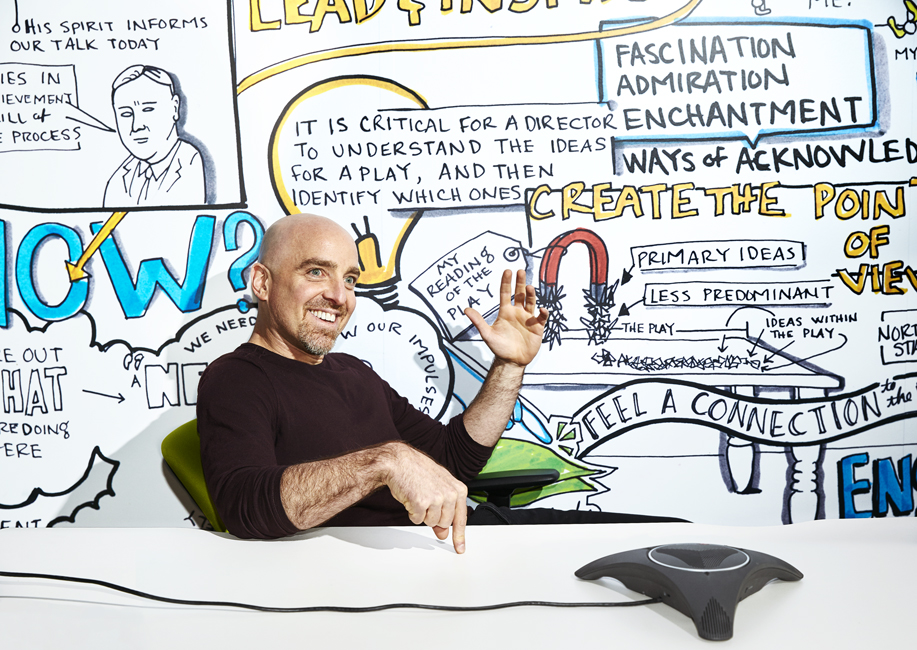 It’s been nearly two years since Fortune profiled entrepreneur Brad Keywell’s startup, Uptake Technologies, which slices and dices data from sensors on industrial machinery and other sources. Since then, the Chicago-based company has done some growing up.

For starters, it now has a reported valuation of $2 billion, after amassing a collective $126 million in funding that it raised over three rounds from firms like Revolution Growth and Keywell’s own Lightbank fund. (The long-time, Midwestern founder made his money starting deals site Groupon, among several other companies.) Now, the startup is hitting another milestone: On Thursday morning, Uptake announced a new customer—Warren Buffett’s Berkshire Hathaway Energy, an $84 billion portfolio of companies primarily in the renewables space. Two of BHE’s subsidiaries will now use Uptake’s software to “connect” and track their fleet of wind turbines, part of a long-term contract with the smaller company. The goal? To increase BHE’s productivity by, for example, providing early alerts when a wind turbine is damaged.

That lofty promise of the so-called “Internet of things” is nothing new. Lots of other small companies and giants like General Electric are betting that the technology will have massive applications in major industries like aviation, rail and, yes, energy. But Uptake’s deal is significant for the startup—this is the first customer it has made public since its founding a few years ago, when it announced its launch partner, construction equipment maker Caterpillar.

“The combination of entrepreneurial agility and deep talent in data science and engineering has resulted in our ability to collaborate with major players,” Keywell told Fortune. (In non-gobbledygook language, Keywell was trying to say that his company’s technology has applications in several large sectors.) Indeed, Uptake says it is “active in other industries,” though no other deals have been made public and the startup does not release any financial information.

BHE, however, seems happy to share this week’s news.

“We saw them as the ideal partner to help us push our wind fleet toward greater efficiency and productivity,” Bill Fehrman, CEO of the two BHE subsidiaries that have signed on with Uptake, said in a press release. (The two subsidiaries are called MidAmerican Energy Company and BHE Renewables.)

The announcement about the new partnership came after Uptake spent nearly a year researching, designing and developing products side-by-side with BHE. That, says Sonny Garg, head of Uptake’s energy unit, is part of the company’s pitch. “We’re not selling them a piece of software that we developed in the basement,” says Garg, the former chief information officer of energy provider Exelon, which recently signed a deal with Uptake competitor GE. “We’re building a piece of software with them.”

Another potential selling point for Uptake is that its technology can get smarter by the addition of data from multiple industries. “One of the essential components of the platform is the traditional sort of network effect,” says Garg. That would mean that information on, say, Caterpillar-made vehicles like earth movers and hydraulic shovels could also be used to help preempt tire failures on airplanes or other machinery. Or that data from wind turbine sensors could help inform other types of renewables. Of course, it takes a while to reach a tipping point when relying on the network effect. And Uptake surely has lots more growing up to do.