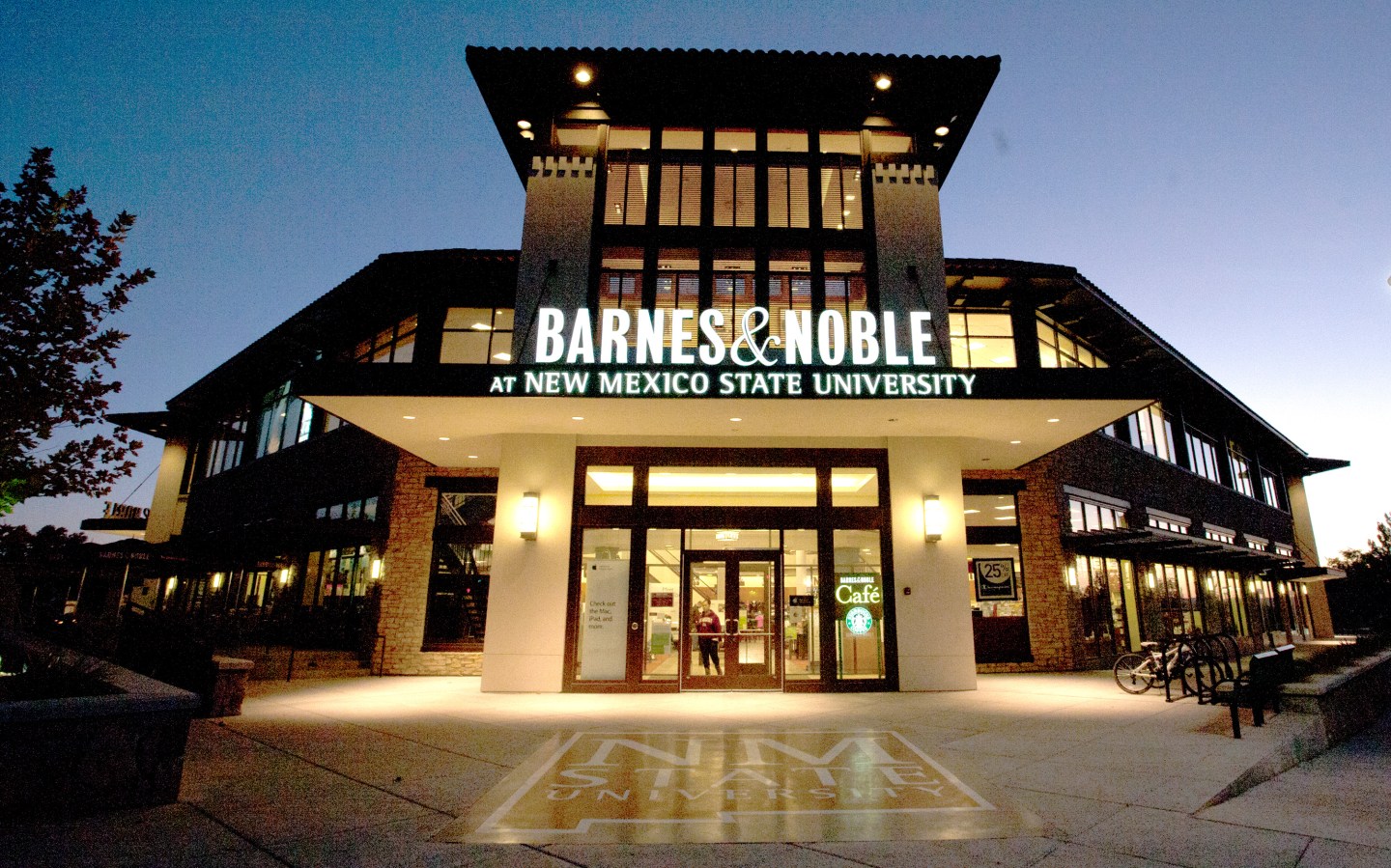 Barnes & Noble (BKS) is sinking further into the sales abyss with little sign of how it will emerge.

The bookstore chain on Thursday reported comparable sales fell 8.3% during the holiday quarter, a far worse decline than expected and one that suggests Barnes & Noble is failing to capitalizing the comeback of physical books compared to e-books. According to Bloomberg News data, it was Barnes & Noble’s worse holiday quarter performance in 11 years.

The retailer’s shares fell 8.6% to $9.05 in late morning trading, well below its 52-week high of $13.63, as investors feared that after signs of stabilization in its core book business about a year ago, Barnes & Noble was falling further behind Amazon.com (AMZN). That online retailer is now planning to open a few bookstores in a move that promises more pain for B&N, still the largest bookstore chain in the United States.

The company pointed to the absence of a blockbuster CD like Adele’s “25” and the ebbing of the coloring book fad for much of that decline during the holiday season. But even without those factors, comparable sales would have fallen 5%, the company said. And B&N’s online sales are providing very little relief, rising 2.2% during the quarter, despite an overhaul last year. The retailer had previously blamed election angst for weak sales earlier in 2016.

Barnes & Noble has been grappling with some turnover in its highest ranks. Len Riggio, the founder, chairman, top shareholder, and former CEO, returned to the company’s helm this summer after it fired a CEO after only 11 months (its third CEO to leave in three years).

Though the company has announced initiatives like trying out food and alcohol in a new store format, it’s not clearly how quickly those will help the 634 store chain, even if they do win over customers.

And the retailer reduced its full year forecast. Same-store sales for the full year will decline 7%, while earnings before interest, tax, depreciation and amortization will be $180 million to $190 million, below analyst forecasts for $190.7 million