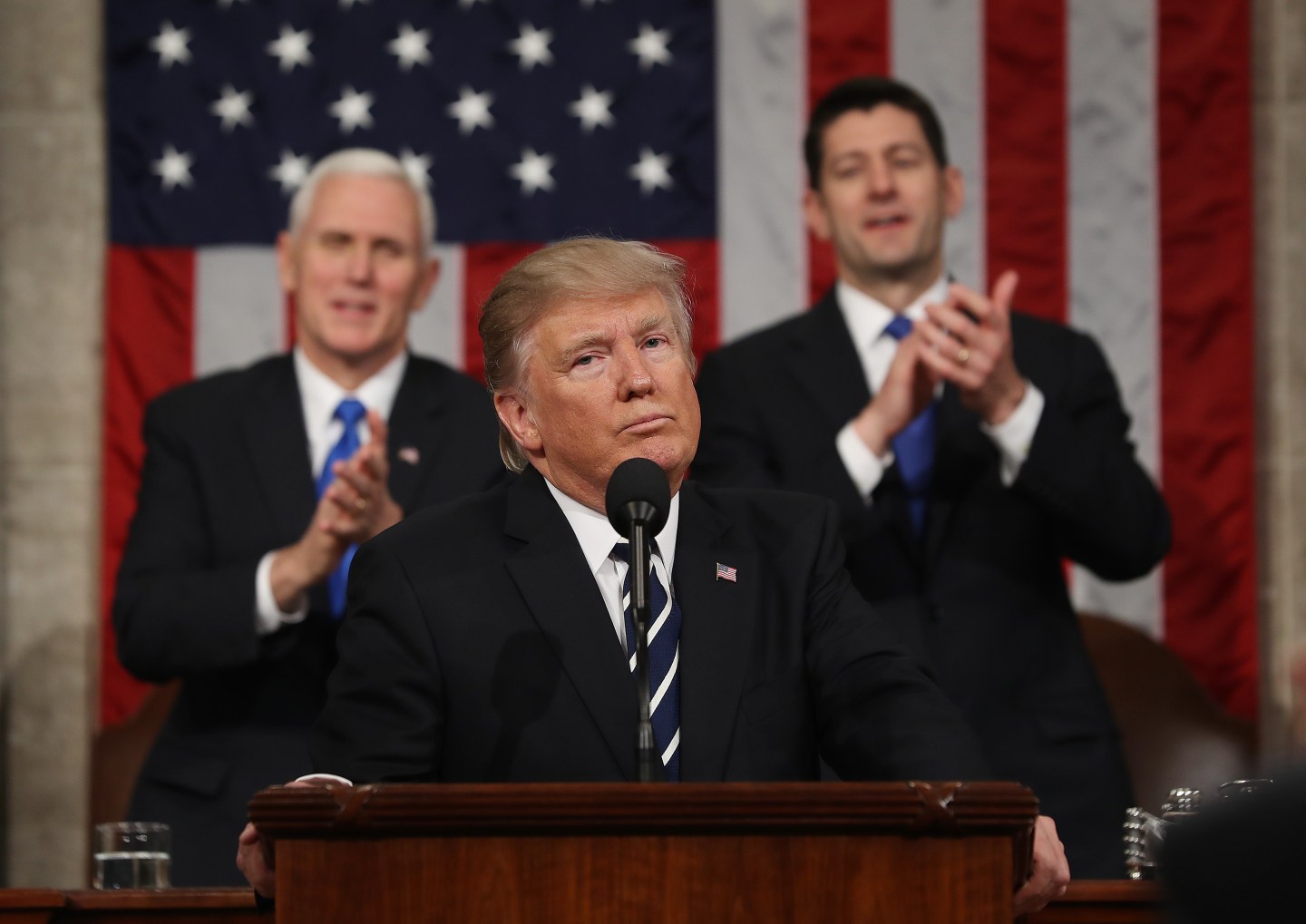 U.S. President Donald Trump, center, pauses as U.S. Vice President Mike Pence, left, and U.S. House Speaker Paul Ryan, a Republican from Wisconsin, applaud during a joint session of Congress in Washington, D.C., U.S., on Tuesday, Feb. 28, 2017. Trump will press Congress to carry out his priorities for replacing Obamacare, jump-starting the economy and bolstering the nation's defenses in an address eagerly awaited by lawmakers, investors and the public who want greater clarity on his policy agenda. Photographer: Jim Lo Scalzo/Pool via Bloomberg
Photograph Jim Lo Scalzo—Pool via Bloomberg

President Donald Trump appeared to soften his stance on immigration hours ahead of his speech to Congress on Tuesday.

During a private lunch with news anchors, Trump reportedly said he is open to passing a bill that would grant legal status to undocumented immigrants who have not committed serious crimes. This type of “compromise bill” would allow undocumented immigrants living in the United States to live, work, and pay taxes without fear of deportation, a senior administration official told CNN. Trump also reportedly hinted that he would be willing to consider a path to citizenship for “Dreamers,” those brought into the country illegally as children.

“The time is right for an immigration bill as long as there is compromise on both sides,” Trump said to journalists.

Although there was no mention of an immigration bill during Trump’s address to Congress later in the day, he spoke about the need for reform. He made reference to “a merit-based immigration system” that would ensure people seeking to enter the country could support themselves financially.

“I believe that real and positive immigration reform is possible, as long as we focus on the following goals: to improve jobs and wages for Americans, to strengthen our nation’s security, and to restore respect for our laws,” the President said.

This sentiment appears to be a departure from Trump’s harsh immigration position during the campaign. Still, he did address “the construction of a great wall” and the establishment of a new immigration crime office in his speech.