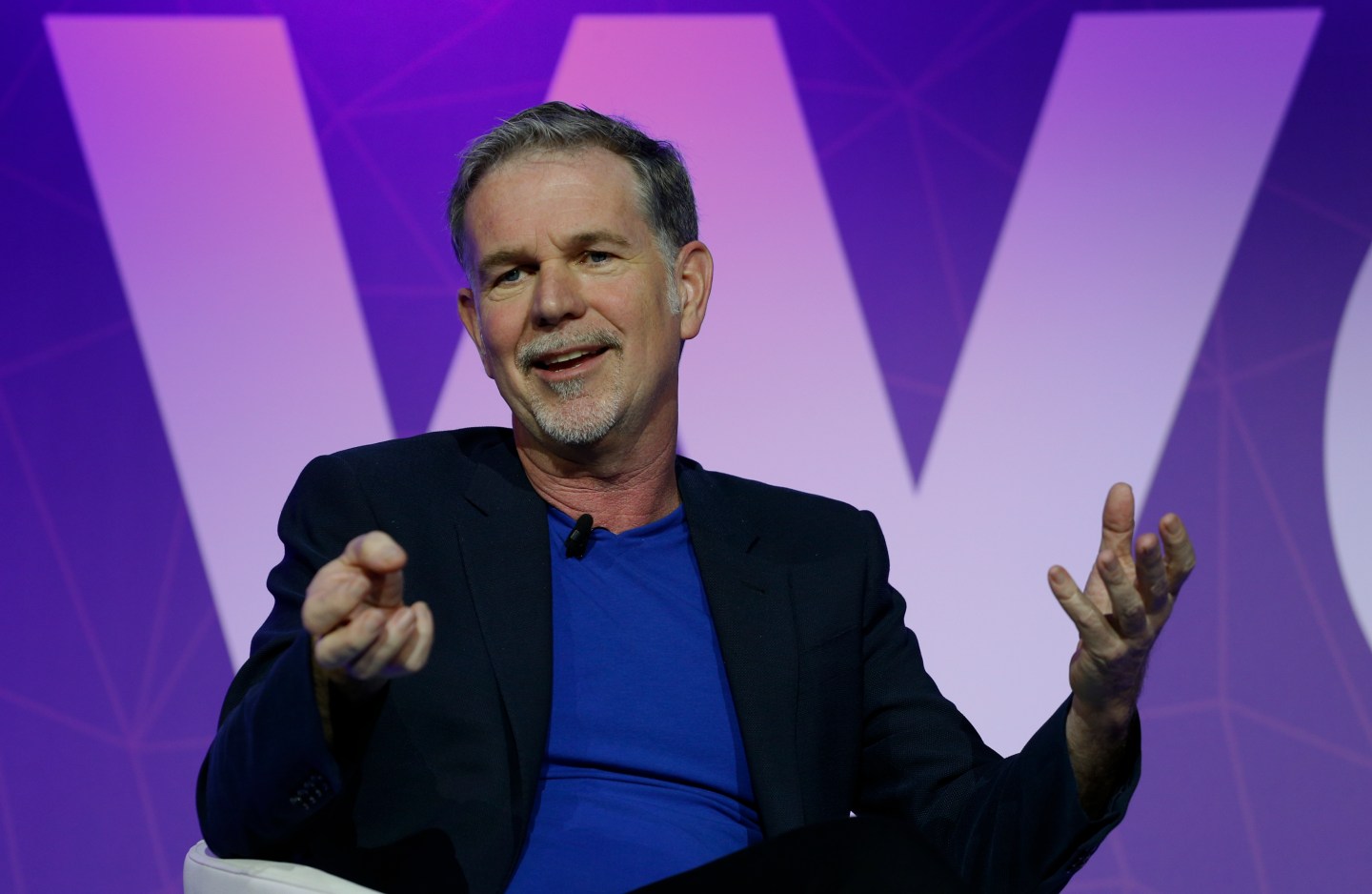 Streaming video pioneer Netflix held out a vision of cooperation to potentially skeptical telecom partners on Monday, saying it could deliver a quality experience to mobile phones without hogging bandwidth needed for other services.

In a first for a media executive, Netflix CEO Reed Hastings delivered the keynote speech on the first day of the Mobile World Congress in Barcelona, the telecom industry’s biggest annual trade fair.

Netflix needs partners such as mobile operators to increase its audience and shore up its tiny profits. It is expanding rapidly beyond its U.S. home base while spending at a furious pace on purchased and original content—which won it its first Oscar on Sunday.

Telecoms carriers are both resentful that Netflix can profit from their investments in network improvements and aware that offering customers a better experience in watching hit shows such as The Crown or Marvel’s Luke Cage can keep them more loyal.

“You can enjoy it and not be worried about data caps. That’s where I think it is going now,” said Hastings, referring to the fact that most carriers now sell unlimited data packages rather than the metered offerings of the past.

He said work that Netflix had done on optimizing video for internet delivery meant it could deliver “amazing” pictures at unthreatening speeds as low as 300 kilobits per second “using the operator’s bandwidth”.

“We are investing at many levels … to ensure the experience on mobiles, desktops, and the internet is just instant,” he said in an on-stage interview that skirted awkward subjects such as so-called net neutrality, the principle that all internet providers should be treated equally on a network.

Hastings is the latest in a series of top executives from industries with whom telecom operators have an ambivalent relationship to deliver a keynote at Mobile World Congress. His predecessors have included Google’s Eric Schmidt and Facebook’s Mark Zuckerberg.

“I’m sure there are plentiful discussions going on behind the scenes, but telcos and Netflix need each other,” said analyst Paolo Pescatore of UK-based research firm CCS Insight.

“Netflix is doing what it needs to do, solely focused on content. But it needs scale, and this is where the telcos come in, especially those that do not want to invest sums in securing costly content rights,” he told Reuters.

Netflix, which is expected to hit 100 million subscribers this year and is available in most of the world’s countries—with the conspicuous absence of China—already has partnerships with a number of international mobile operators including Vodafone, Orange, and Telecom Italia.