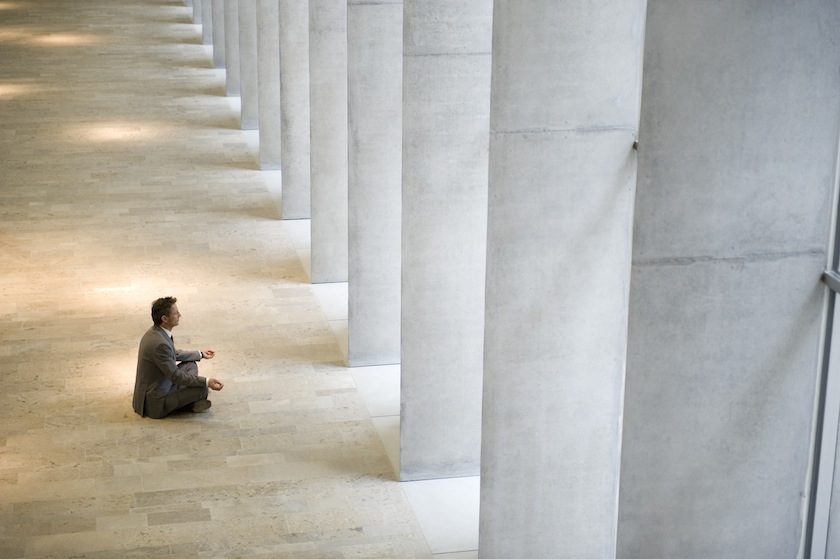 I had a hectic week last week, but it ended calmly.

I visited the two founders of a 14-person San Francisco startup called Calm. Michael Acton Smith and Alex Tew, Englishmen both, started the company to commercialize the benefits of meditation.

Here’s what’s likable about this business. The duo has raised a mere $1.5 million (they’ll likely seek more soon), and their $60-a-year subscription app has had 8 million downloads. (It’s a “freemium” model, so not all users pay.) Competitor Headspace, popular with Hollywood celebrities and Silicon Valley pooh-bahs, has raised $34 million, making Calm the plucky challenger.

Calm aims to be more than an app, which right now plays videos and lessons to help people meditate. The company already has published a coffee-table book, and it’s eyeing clothing, teas, candles and even hotels around its meditation theme. Says Acton Smith: “Our ambition is to build Calm into the Nike for the mind.” It has a long way to go, but already it claims to be cash-flow positive. It has done next to no marketing, other than a fair amount on Facebook for lead generation.

If I have a quibble with Calm it’s that the very enemy to mindfulness it has identified—the smartphone—is its primary tool for distribution. The founders get the irony. “Technology is a tool,” says Acton Smith, who says that because Calm’s content grabs the attention of its users they are less likely to flit around to other apps. “Most of us are slaves to technology. The key is to change the relationship.”