Sessions’ Tough on Crime Talk Could Lead to Fuller Prisons 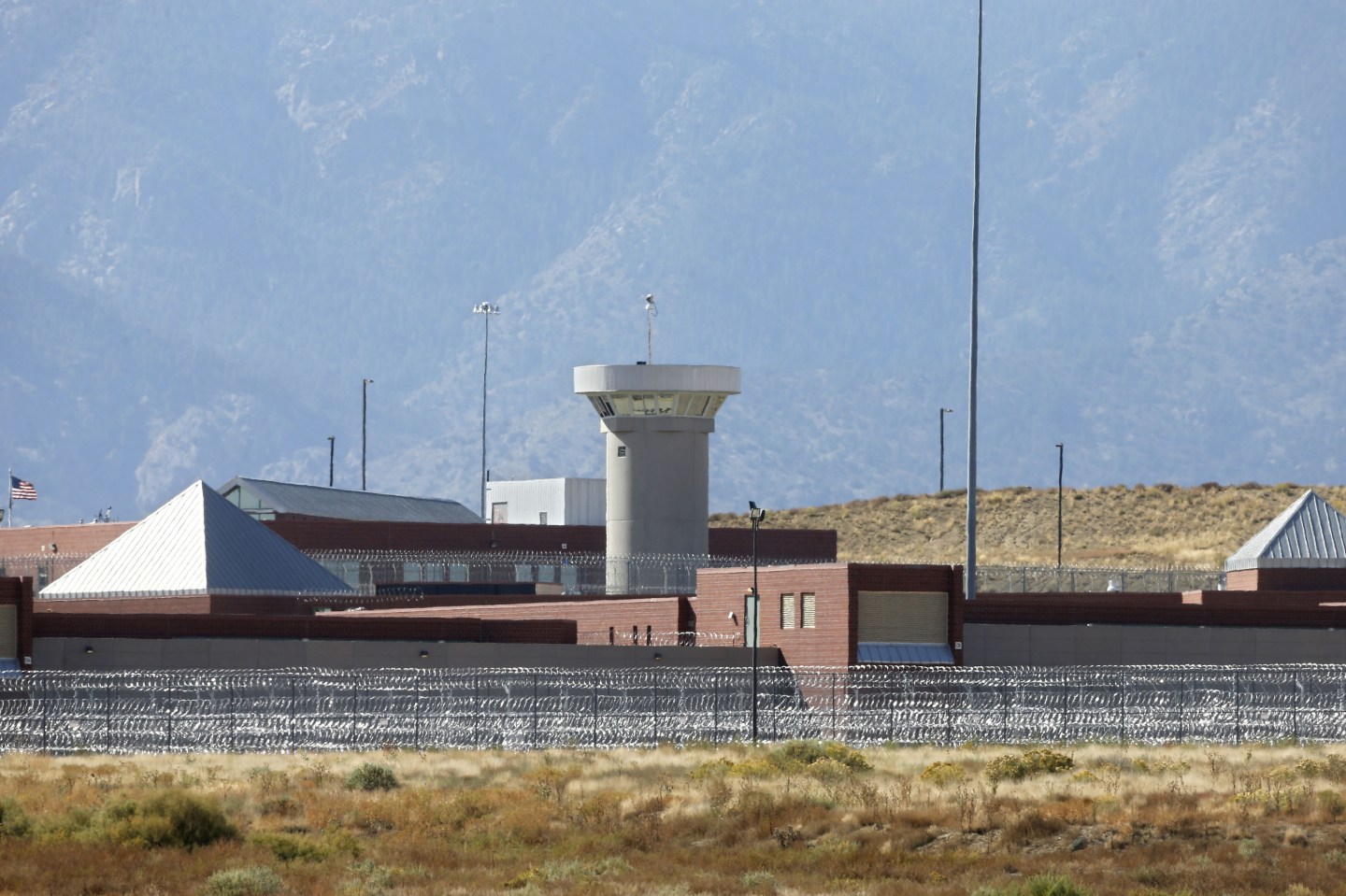 FILE - In this Oct. 15, 2015 file photo, a guard tower looms over a federal prison complex which houses a Supermax facility outside Florence, in southern Colorado. The federal prison population is on the decline, but a new attorney general who talks tough on drugs and crime could usher in a reversal of that trend. The resources of a prison system that for years has grappled with overcrowding, but that experienced a population drop as Justice Department leaders pushed a different approach to drug prosecutions, could again be taxed. (AP Photo/Brennan Linsley,File)
Brennan Linsley AP

The federal prison population is on the decline, but a new attorney general who talks tough on drugs and crime and already has indicated a looming need for private prison cells seems poised to usher in a reversal of that trend.

Jeff Sessions, a former federal prosecutor sworn in this month as the country’s chief law enforcement officer, signaled at his confirmation hearing — and during private meetings in his first days on the job — that he sees a central role for the federal government in combating drug addiction and violence as well as in strict enforcement of immigration laws.

The result could be in an increase not only in the number of drug prosecutions brought by the Justice Department but also in the average length of sentence prosecutors pursue for even lower-level criminals. If that happens, the resources of a prison system that for years has struggled with overcrowding, but experienced a population drop as Justice Department leaders pushed a different approach to drug prosecutions, could be taxed again.

“Given the rhetoric coming out of the White House and the selection of Sessions as attorney general, an increase in the federal prison population and a chilling effect on state reforms is a very real possibility,” said Inimai Chettiar, justice program director at the Brennan Center for Justice.

The approach by Session, a former Alabama senator, to drug crimes will matter in courtrooms across the country and also to the Justice Department’s bottom line.

More than half of federal prisoners are in custody for drug crimes, and the Bureau of Prisons budget accounts for about one-third of the department’s overall $29 billion spending plan. The population ballooned during the 1980s-era war on drugs as Congress abolished parole and as federal prosecutors relied on mandatory minimum sentences — rigid punishments strictly tied to drug quantity — to seek decades-long prison terms for drug criminals.

Why the Legalized Marijuana Industry Is Suddenly Worried

A number of factors contributed to the decline: Obama administration clemency grants to more than 1,700 inmates; decisions by the independent U.S. Sentencing Commission to reduce drug sentencing guidelines and apply the changes retroactively; and a 2013 Justice Department initiative known as “Smart on Crime,” in which then-Attorney General Eric Holder directed prosecutors not to seek mandatory minimum sentences for nonviolent and low-level offenders.

Justice Department officials in the Obama administration say their efforts to shrink the prison population were driven not only by cost concerns but also by a desire to correct what they said were excessive punishments doled out by judges. They say that while the number of prosecutions has fallen, the average length of sentence has increased as prosecutors target more serious offenders.

Sessions hasn’t made policy pronouncements on drug prosecutions in his two weeks on the job. So it’s possible that as attorney general, he’ll maintain the department’s focus on high-value traffickers and that cost concerns will spur recidivism and re-entry efforts to keep the prison population in check.

But there are already signs of a starkly different approach.

On Thursday, Sessions gave the green light to the continued use of privately run prisons, even though the Obama administration had moved to faze them out as no longer necessary given the declining prison population. Sessions said in a memo that the last administration went against long-standing Justice Department policy and practice and “impaired the Bureau’s ability to meet the future needs of the federal correctional system.”

“It’s pretty safe to say that most people assume that the Sessions Justice Department is likely to scale back some of the reforms that were implemented under the Obama administration,” said Nancy La Vigne, director of the justice policy center at the Urban Institute.

Sessions, who said last year that “good people don’t smoke marijuana,” warned at his January confirmation hearing that illegal drugs were bringing “violence, addiction and misery” to America, and he pledged to dismantle drug trafficking gangs.

He did sponsor legislation to reduce sentencing disparities between powder and crack cocaine — a gap seen as disadvantaging black defendants. But last year, Sessions opposed bipartisan criminal justice overhaul efforts and has said that eliminating or reducing mandatory minimum sentences weakens the ability of law enforcement to protect the public.

That focus on drug crimes surfaced in the 1980s when Sessions served as United States attorney for the Southern District of Alabama. Drug cases accounted for 40 percent of his office’s convictions, according to a Brennan Center analysis, with Sessions overseeing the prosecution of defendants, including Key West, Florida, residents who smuggled marijuana into Alabama aboard a shrimp boat.

Tougher enforcement of drug laws could be welcomed by some law enforcement officials, including Justice Department prosecutors who felt hamstrung in recent years in their ability to seek long sentences.

“That’s what we pay the prison system to do, and that’s what we ought to be doing is putting these serious violent offenders in prison,” said Steve Cook, the president of the National Association of Assistant United States Attorneys. “The answer to the crime problem is not to remove them and turn back out into the communities. We already know what’s going to happen if we do that.”