These Marines Beat the Odds to Build a Solar Energy Fund 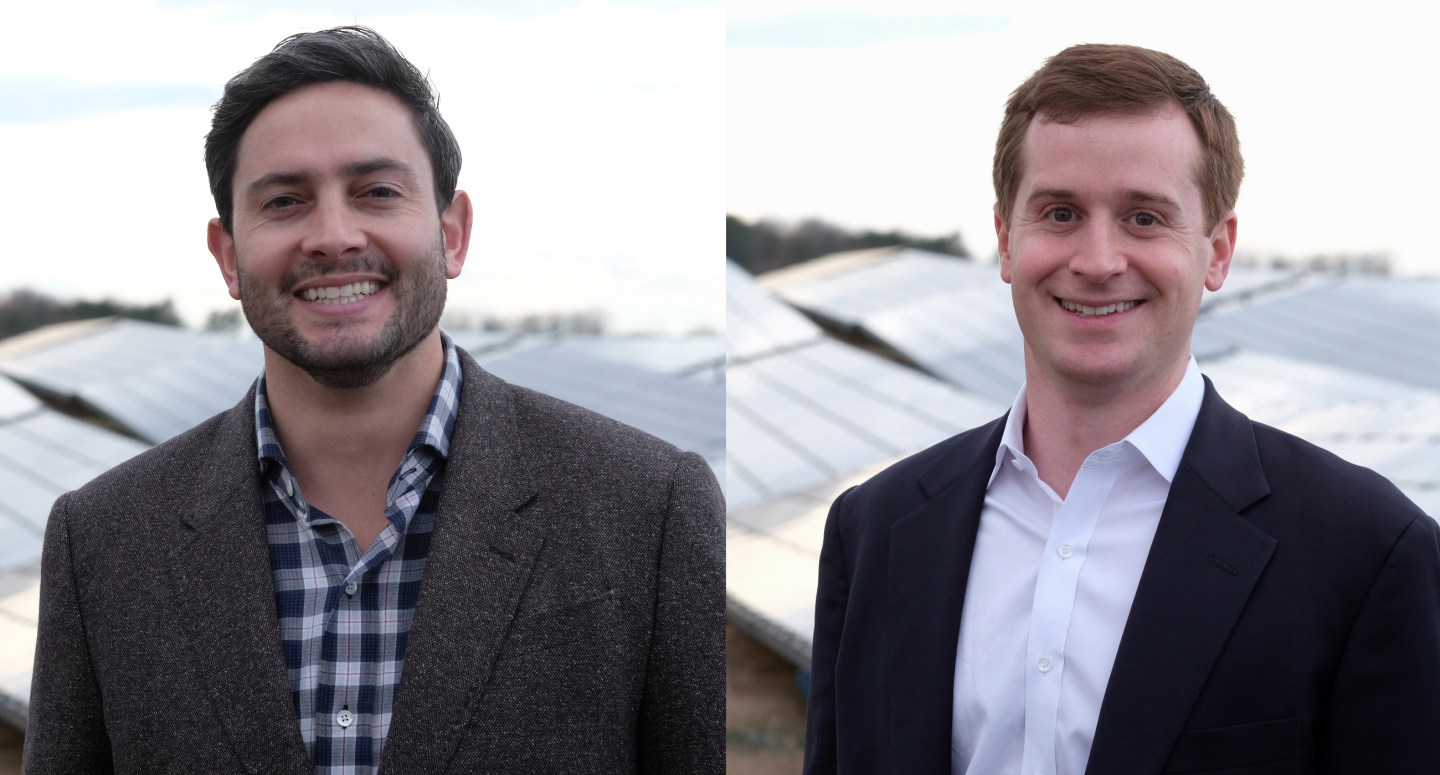 As marines, Rye Barcott and Dan McCready had plenty of experience performing under pressure, but neither had much knowledge about the high stakes world of investing and finance. That didn’t stop them from leaving their well-paying day jobs to start their own firm.

Strictly speaking, Double Time is not a venture capital firm. It typically invests in projects that are in the late stages of construction, but may not produce a profit for several more years. However, solar farms typically take advantage of various state and federal tax credits to help with building costs. (North Carolina, for example, offered a 35% tax rebate for renewable energy projects until 2016. It has not been offered since, but Barcott says that does not affect its projects currently under way.) As a result, says Ethan Zindler, head of policy analysis at Bloomberg New Energy Finance, such funds typically need fairly sophisticated investors, who can make use of the tax credit while they wait for the solar farms to start making money. Investors are eventually rewarded because state utilities are required by law to purchase a percentage of their power from independent energy producers, including solar farms, usually through fixed multi-year contracts.

It’s a complicated time for solar energy producers. On the one hand, Barcott and McCready’s plans run counter to many of the prevailing national trends around alternative energy. The falling price of fossil fuels such as coal and natural gas has dampened enthusiasm for projects like solar and wind in some sectors, for one. The Trump administration is also openly hostile to the idea of climate change, and seems uninterested in making clean power a cornerstone of any new national energy strategy.

At the same time, it’s possible the Trump administration will eventually warm up to solar: there’s a growing national demand for clean energy. But perhaps more importantly given the political climate, solar projects have the potential to create jobs and stimulate spending. Today, they account for nearly 40 percent of all new power infrastructure buildouts in the U.S. in 2016 according to industry research.

Hostile president or not, Barcott and McCready are confident they found a market opportunity. While SolarCity, Vivint and their ilk install individual solar projects on commercial and residential roofs, Barcott and McCready wanted to address the financing needs of the utility-scale solar developers, which provide power directly to the electrical grid via solar farms. Even a small farm—typically around 40 acres, with more than 80,000 panels—costs upwards of $10 million. And such projects have a huge need for capital.

Barcott and McCready discovered their interest in solar via paths that were sometimes circuitous and overlapping. Both served in the marines during the second Iraq War, although they actually met later at Harvard Business School in 2009.

After graduating, McCready worked at McKinsey as a management consultant, and grew increasingly intrigued with solar power, particularly after learning marines in Afghanistan had used small, portable solar panels to supplement their reliance on diesel engines. Barcott worked for Duke Energy, where he led a clean energy investment team for Rogers. At one point, Barcott called McCready in for assistance on a solar deal, and they began discussing their own venture in 2012.

Barcott and McCready hit the ground running—in fact “Double Time” refers to the military command for speeding up the rate of a march. They held more than 1,000 meetings to win potential investors in the year leading up the launch of their first fund. At times, they even enlisted some Gonzo tactics to find prospects: They once attended a multi-day conference for investors, and decided to post flyers near elevators of the venue, offering Marine Corps-style workouts starting at 7 a.m. As it turns out, an executive from Prudential showed up for one. Prudential is now an anchor investor in two of Double Time’s funds.

And that sits right with investors like Rogers, who says the current political backlash against alternative energy sources will vanish as the price of solar solar energy continues to drop. By some estimates, it’s fallen by 62% in the last eight years, and it could soon be cheaper than coal. “As solar comes closer to being the most affordable option in the market, it does not matter who is president,” Rogers says. “Affordability will win the day.”