More Gloom In the Forecast for Solar Energy Stocks 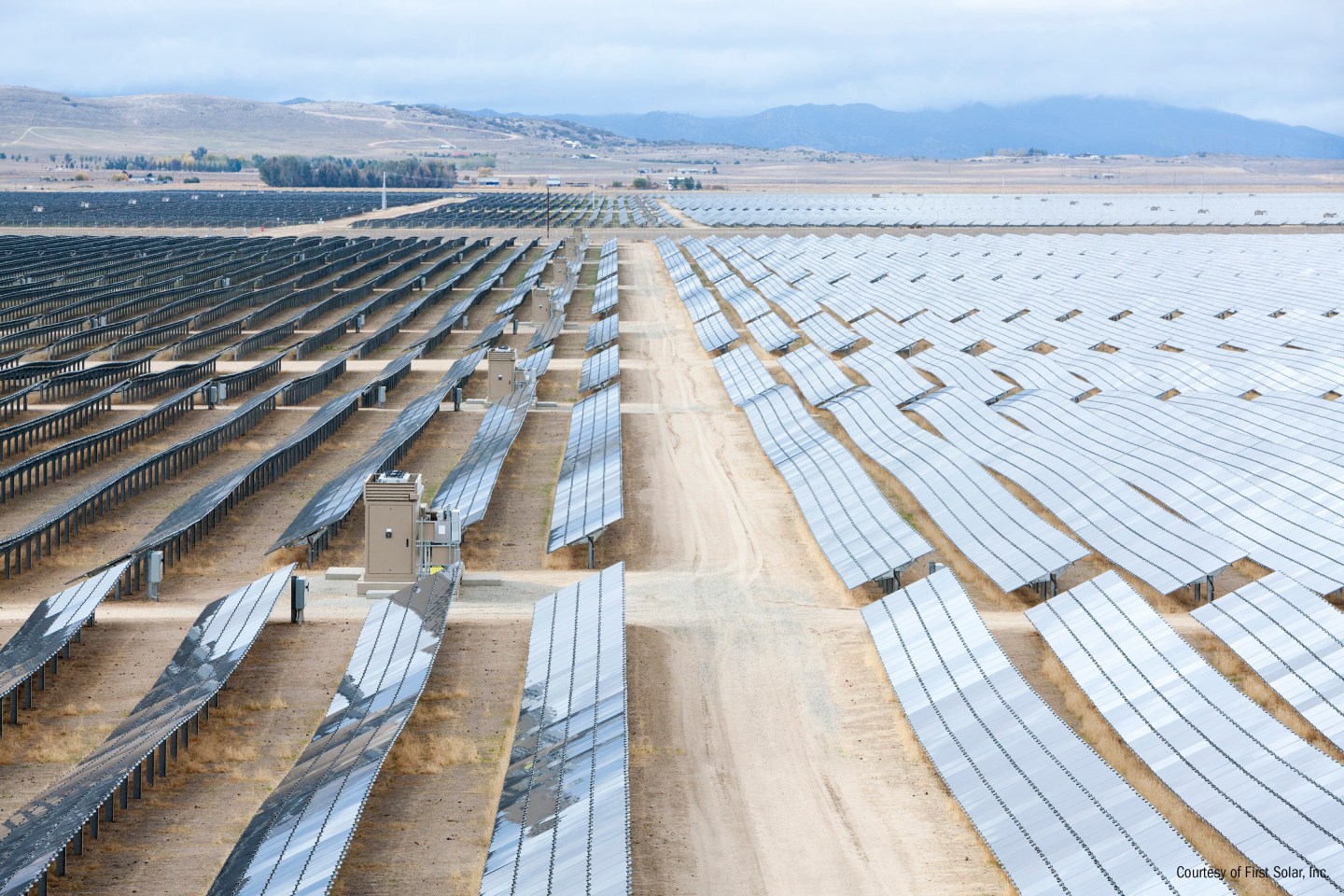 After enjoying plenty of growth and prosperity for the last several years, the solar energy industry had a less sturdy 2016—and its investors had an even tougher time. Across the board, share prices for solar companies plummeted, with many companies losing more than half their value.

First Solar (FSLR) offered a snapshot of the current predicament when it reported its fourth-quarter 2016 earnings after the market closed on Tuesday. The good news was that the company beat analysts’ sales and earnings predictions, and slightly raised its sales expectations for 2017, to a range between $2.8 billion and $2.9 billion. The bad news: Sales in the quarter were down almost 50% from a year earlier.

First Solar stock hit a high of $74.29 last May, but since then its stock’s value has been chopped in half, sitting near $36. Shares in SunPower (SPWR) and Vivint Solar lost more than two-thirds of their value and now sit at $8.52 and $3.33, respectively.

The tumble doesn’t seem to match some of the facts on the ground. As a whole, the solar industry has been growing rapidly. Usage of solar power has been climbing dramatically. Solar was the top source of new electric generating equipment in 2016, accounting for 39% of energy installations, according to the U.S. Solar Insight report from GTM Research. Just last year, there was a 95% jump in installations over 2015, totaling 14.6 gigawatts, or enough electricity to power 2.4 million homes. Costs have also been dropping, with the cost of building a solar project now about 70% cheaper than it was ten years ago.

There are now more than 270,000 workers in the industry, nearly triple the amount from 2010, according to a recent study from the Solar Foundation. The industry has seen 20% job growth in each of the last four years, with a 10% bump in employment expected for 2017. In fact, the industry slightly edges the natural gas industry in total employment, and employs more than twice as many as the coal industry.

But despite the resoundingly positive trends, the solar industry performed horribly on Wall Street last year. Part of the problem stems uncertainty over federal tax credits for solar installations, which helped inflate the value of solar stocks and, more recently, seems to have helped bring them down.

The tax credit allows people who install a solar energy system to claim a 30% tax credit on the cost. The credit had been scheduled to expire at the end of 2016, and there was uncertainty over whether or not the program would be extended. Customers eager to take advantage of the tax deal signed lots of contracts in 2014 and 2015 to get their solar installations completed before the end of 2016. But after the government decided, in late 2015, to extend the tax credit all the way through 2021, the urgency to install diminished, which led to a drop in new contracts signed and a collapse in Wall Street enthusiasm.

When Tesla (TSLA) acquired Solar City late last year for $2.6 billion, the move was viewed by some as a bailout. Although Solar City had been growing, it was experiencing financial difficulties. For its part, Tesla viewed the acquisition as a step towards making it a more complete sustainable energy company and did not see it as a drag on its bottom line.

Solar City’s move of combining forces with another company in the energy sector may prove to be the best play for solar companies in the near future. A diverse company with several revenue streams will more be able to take the financial hit that it appears the solar-energy will take in the near future

The drop in contracts isn’t the only thing the sector has to worry about: President Trump’s energy policy is also a major variable. During his campaign, Trump repeatedly promised to bring coal jobs back to the U.S., and several 0f his cabinet appointees have strong ties to the oil and gas industries. He has also been critical of renewable energy, so solar power may be the odd man out when it comes to regulatory changes and new tax incentives.