How the Trump Administration Could Affect a T-Mobile-Sprint Deal 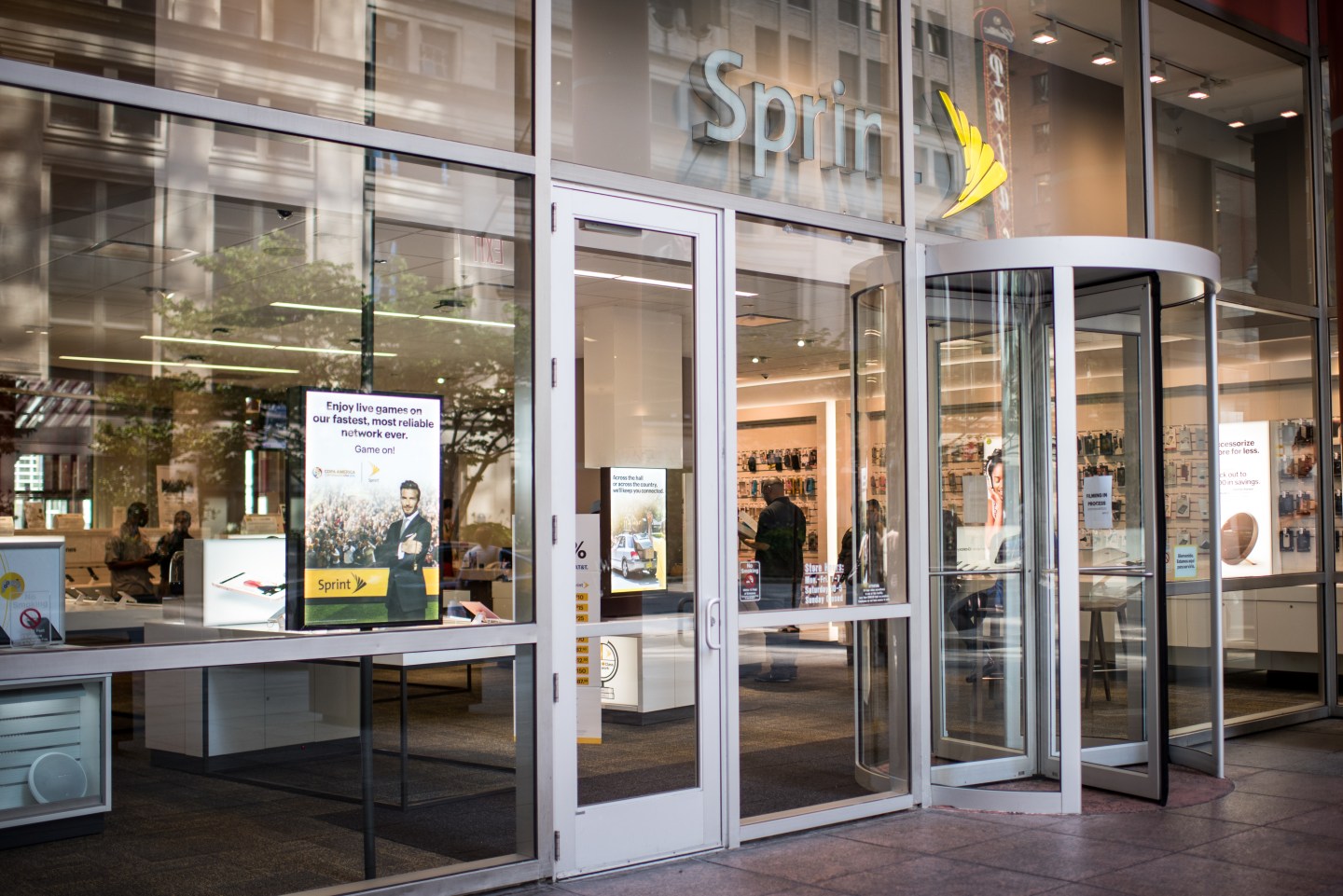 Japan’s SoftBank Group may have renewed interest in combining its Sprint with Deutsche Telekom’s T-Mobile U.S. , but a deal between the No. 3 and No. 4 U.S. wireless carriers may not make it past U.S. regulators, antitrust experts and industry watchers said.

SoftBank is prepared to give up control of Sprint (S) to T-Mobile (TMUS), people familiar with the matter told Reuters on Friday. The companies are expected to begin negotiations in April after the Federal Communications Commission’s auction of airwaves concludes.

But two and a half years ago, SoftBank abandoned talks to acquire T-Mobile for Sprint amid opposition from U.S. antitrust regulators.

It is hard to know how the new administration will view such a deal since President Donald Trump’s comments on antitrust have so far been populist, in contrast to the less skeptical view that past Republican administrations have taken of mergers, legal experts said.

“I am of the camp that that will not happen even in a Trump administration,” Christopher Marangi, co-chief investment officer at GAMCO Investors, said on the prospect of a deal. “That kind of merger means lots of job cuts in the U.S.”

Related: This Could Be SoftBank’s New Strategy to Woo T-Mobile

Job creation is a key platform for Trump. He has also been sharply critical of companies that have moved manufacturing operations to Mexico and elsewhere.

In February, SoftBank Chief Executive Officer Masayoshi Son, who last year pledged a $50 billion investment and 50,000 new U.S. jobs, said the Japanese firm should benefit from Trump’s promised deregulation of the American economy and that he is keeping his options open about Sprint.

“President Trump has promised to ease various regulations and that should make it easier to do business,” Son said at the time. He did not specify what deregulation would benefit his business.

The Trump team has yet to make antitrust appointments at the U.S. Department of Justice that could be used to gauge how deals will be viewed. Making things more difficult to predict is the president’s seemingly ad hoc stances on deals, said Herbert Hovenkamp, who teaches antitrust at the University of Iowa College of Law.

“Trump has this view that there is no law of mergers and there’s just deals that you negotiate,” he said.

It is also unclear how a deal would be viewed by the FCC. In 2014, Chairman Tom Wheeler told Sprint and T-Mobile officials in a meeting that he was highly skeptical of Sprint’s bid for T-Mobile. But the agency’s new chairman Ajit Pai is viewed as more business-friendly by the industry.

David Balto, a veteran of the Federal Trade Commission now in private practice, said that Sprint and T-Mobile would likely try to sell their merger to skeptical regulators by arguing that a bigger No. 3 would be able to take advantage of economies of scale and bring innovations to market quicker. “This is a case that’s going to make efficiency arguments front and center,” he said.