Barbie Is Now a Hologram 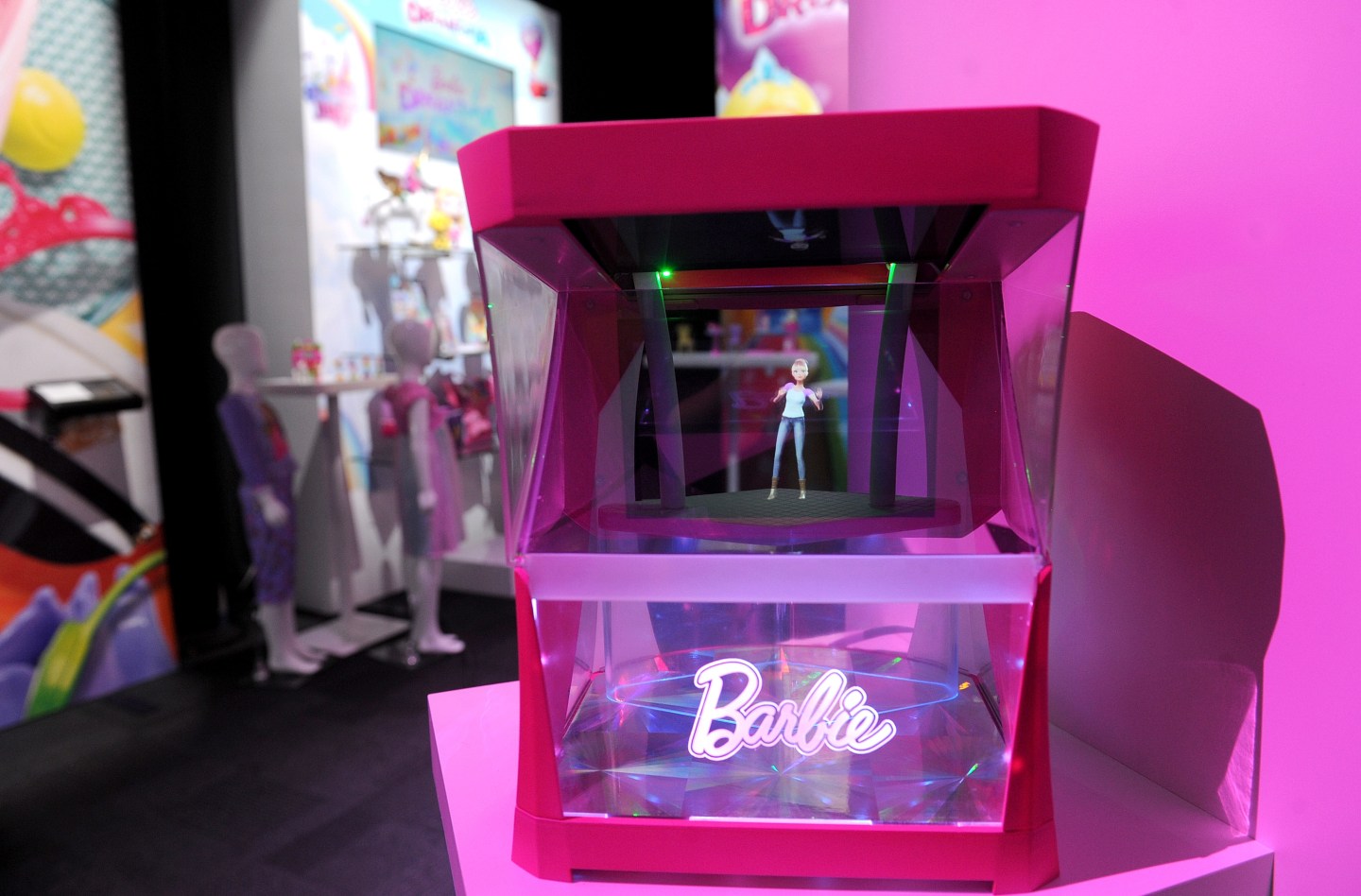 Barbie’s new mold is in the form of a futuristic hologram.

Toy maker Mattel this Friday unveiled the debut of Hello Barbie Hologram, a new artificial intelligence-powered version of the popular doll that will feature a holographic character to give “girls an entirely new way to engage with Barbie throughout the day.” Debuting at the industry’s New York City Toy Fair, Hello Barbie Hologram will feature speech recognition and is essentially a nightstand version of Barbie.

Some features include Barbie giving kids weather reports, alarms, night lights, and daily reminders, Mattel said. And as a Bluetooth speaker, Hello Barbie Hologram will also allow girls to choreograph the doll’s dance moves. Pricing details for Hello Barbie Hologram weren’t disclosed, though Mattel is saying it is recommending the toy for kids six years and older. It will hit retail shelves later in 2017.

The tech jolt to Barbie is part of a prolonged move by Mattel to add new, trendy technology features to the iconic doll. AI is expected to be a major trend in the toy aisle this year, with Hello Barbie Hologram almost certainly to be one of the most high-profile toys to incorporate that technology. Other past tech-driven innovation for Barbie has included a Barbie with a built-in camera, a fully connected “smart” Dreamhouse, and 2015’s talking Hello Barbie. Some of those toys, especially the initial Hello Barbie, had raised some privacy concerns.

Ultimately, the tech investments that Mattel has made are part of a broader push by the company to embrace technology in a way that makes sense to toys. When toy makers first realized that mobile smartphones and tablets were a competitive threat, they began inserting app-based play into almost every toy brand imaginable, often with mixed or muted results. But more recently, Mattel and others have been savvier about how they incorporate technology. For example, Mattel even debuted a smart baby monitor called Aristotle at this year’s CES.

The innovation for Barbie comes as the brand’s performance has begun to turnaround after four consecutive years of sales declines. Last year, sales for Barbie grew 7% to $971.8 million globally. The brand has been helped by Mattel’s focus on boosting innovation, most notably, a diverse range of Barbies that feature dolls with African-American, Asian, and mixed race features that was launched in 2015 and a year later, the debut of four different body types for the doll. Those efforts all made Barbie more inclusive and relevant to girls today.