What America Can Learn From Canada About Immigration Reform 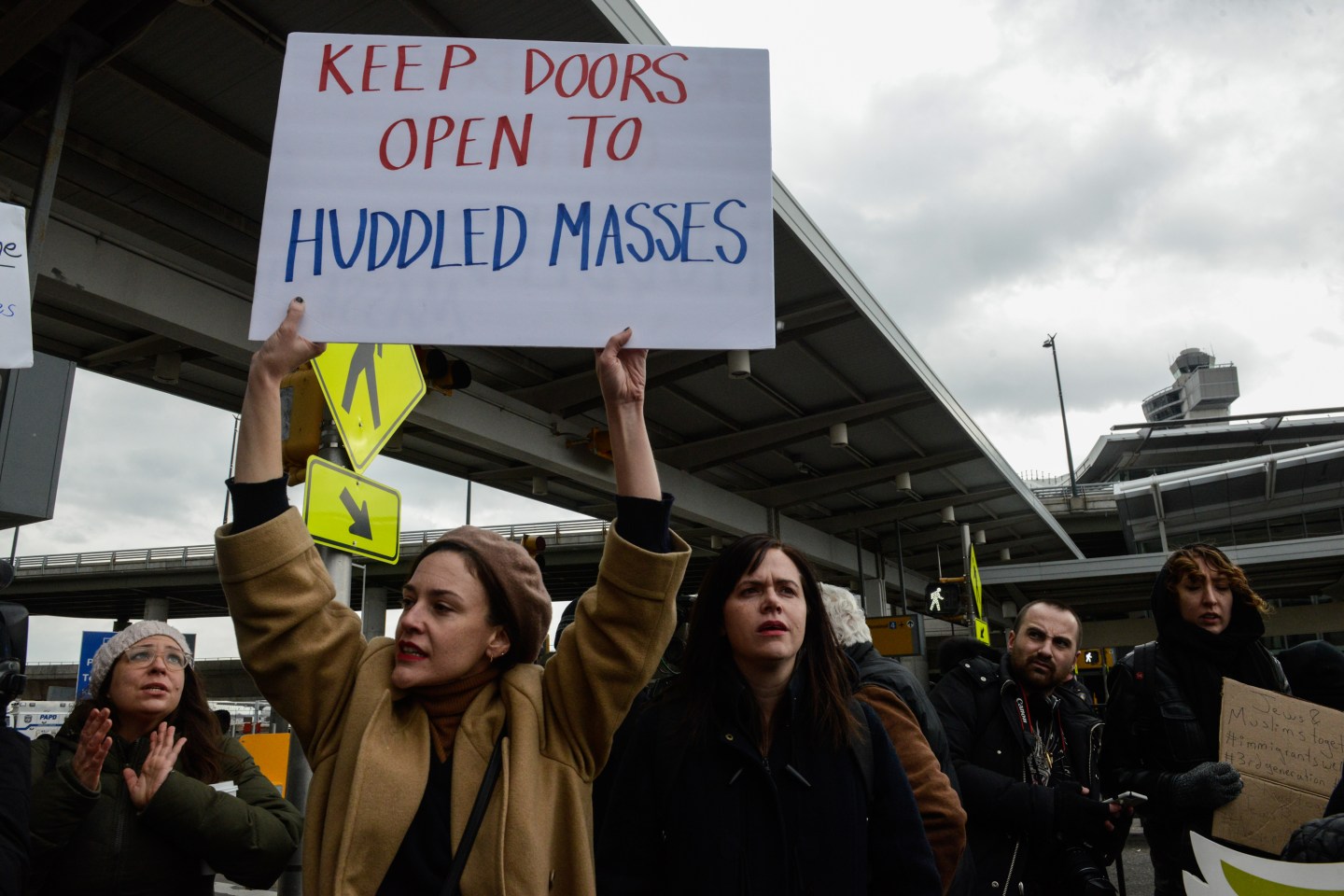 America is a nation of immigrants. Our diversity is our strength. And yet, President Donald Trump won the presidency, in part, because he attracted voters who believe immigrants are taking job opportunities away from U.S.-born citizens. For many Americans, this is a genuine source of frustration.

They may have a point. President Trump and his supporters correctly perceive that the current U.S. immigration system is broken and needs to be revised to support the nation’s labor market and grow the economy.

How can we do this? First, we must dispel two myths surrounding today’s immigration debate.

Immigrants play a key role in bringing in a new generation of workers to support the growing number of retirees. That’s why developed countries, such as Canada, where birth rates represent only one-third of population growth, actively encourage immigration. The same concern prompted China to dump its one-child policy in favor of a two-child policy.

In America, immigrants have played a critical role in growing the U.S. economy. Its success depends on the country’s ability to attract the best and brightest. Over half of U.S. startups now worth $1 billion or more were founded by immigrants. Forty percent of Fortune 500 companies were started by immigrants or their children. And all six of America’s 2016 Nobel Prize winners in science and economics were immigrants.

High-skilled immigrants expand the American job market. For every 100 immigrant STEM workers with postgraduate degrees, 262 jobs are created for native-born citizens. And for every 100 H-1B visas issued, 183 jobs are created for native-born citizens, according to the American Enterprise Institute. Of all self-employed workers in America, 19% are immigrants. And, according to a 2012 report by The Partnership for a New American Economy, one in every 10 American workers is employed at an immigrant-owned company.

Immigrants help make our country what it is – a dedicated and diverse democracy. If we are to welcome them to our shores, we must tackle the challenges that face our system, particularly the employer-sponsored visa system. Although many high-tech corporations need the H-1B visa program to acquire top talent, some companies have abused the category. They send over large numbers of low-paid programmers, often from India, and cheat American workers out of a job. Republican Congressman Darrell Issa of California recently introduced a bill designed to limit this practice, but it will only address one fragment of our broken system.

The U.S. needs a new approach to immigration in America.

We must determine what skills and talents we need in the U.S., and then create a system that appropriately values those attributes. Australia, Canada and the UK use a points-based system to determine immigrant desirability and award the majority of visas to high-skilled workers, while still allowing for family and humanitarian visas. This is a thoughtful approach to immigration that would work well in the U.S.

As Congress and President Trump begin the reform process, I suggest they consider a points-based system, and in so doing consider factors, such as immigrants’ proficiency in English; whether they attend American universities and work on research which receives taxpayer funding; whether they are entrepreneurs; have been in a startup accelerator or have funding for a business idea; whether they have the skills we need to make U.S. companies stronger; whether they will fill jobs Americans are not interested in; whether they will burden our social benefits system; and whether they will embrace both the opportunities and the responsibilities that come with being citizens in our nation .

In the weeks and months to come, it is crucial that we do not give way to fear. Rejecting immigrants not only wrecks our economy, it betrays our values. We must embrace strategic immigration reform that boosts our industry without compromising our humanity. With smart policies, America can continue as the world’s leader in diversity, ingenuity and equality.

Gary Shapiro is president and CEO of the Consumer Technology Association (CTA). He is also author of the books, Ninja Innovation: The Ten Killer Strategies of the World’s Most Successful Businesses and The Comeback: How Innovation Will Restore the American Dream.