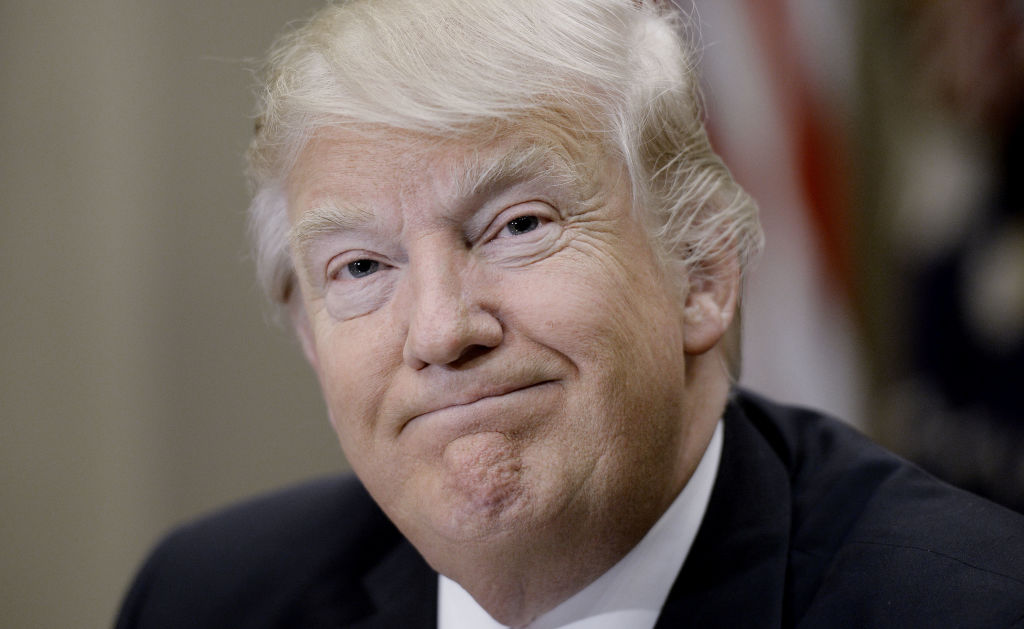 President Donald Trump is pictured during a parent-teacher conference listening session inside the White House in Washington, D.C. on Feb. 14, 2017.
Bloomberg Bloomberg via Getty Images

President Trump can’t even enjoy his honeymoon on Valentine’s Day. Last night, more bombshell reporting dropped from the ongoing look into his team’s ties to the Vladimir Putin regime.

According to the New York Times and CNN, Trump campaign aides were in frequent touch with Russian intelligence operatives in the year before the election, despite categorically denying any such contact. Meanwhile, a day after Michael Flynn resigned as national security advisor for misleading Vice President Mike Pence and others about the nature of his pre-inaugural talks with the Russian ambassador, Pence’s office confirmed the president kept him in the dark for two weeks after getting briefed on the matter. (Pence ultimately learned Flynn misled him from a Washington Post report last week.) And Trump this morning took to Twitter to vent about the latest revelations, blasting at once the “fake news media” for pushing “conspiracy theories” and his own intelligence agencies for leaking “classified information,” seemingly a contradiction.

All of which is to say: If you’re a business interest hoping to understand the economic agenda, you first need to reckon with the surreality of an administration trying to go about the workaday business of laying a foundation for the next four years while the ground beneath its feet looks increasingly like quicksand.

Consider this Times summary of the chaos that’s defined Trump’s term in its first month:

“In record time, the 45th president has set off global outrage with a ban on travelers from Muslim-majority countries, fired his acting attorney general for refusing to defend the ban and watched as federal courts swiftly moved to block the policy, calling it an unconstitutional use of executive power.

The president angrily provoked the cancellation of a summit meeting with the Mexican president, hung up on Australia’s prime minister, authorized a commando raid that resulted in the death of a Navy SEAL member, repeatedly lied about the existence of millions of fraudulent votes cast in the 2016 election and engaged in Twitter wars with senators, a sports team owner, a Hollywood actor and a major department store chain. His words and actions have generated almost daily protests around the country.”

And then consider what we haven’t seen from the White House, as the same paper’s John Harwood notes: a tax reform proposal, a plan for repealing and replacing Obamacare, or an infrastructure spending package, which may or may not include a Mexican border wall. The administration points to the market rally that followed Trump’s election and the talks he’s held with corporate executives to keep jobs and investment in the U.S. But his legislative agenda remains idling.

Writing in the Harvard Business Review earlier this month, political scientist Dan Cassino invoked some history to explain why presidential honeymoons matter—and why Trump will find it difficult to recover from the opportunity he’s already missed. Presidents are at their most potent upon taking office, because their approval ratings are highest, giving them more leverage with Congress.

Trump started with historically low popularity and little room to recover, thanks to a historically wide partisan divide locking in public sentiment. Cassino writes that two factors have been demonstrated to help presidential popularity defy its typical downward drift—economic gains and positive media. Facing an unemployment rate at a nine-year low, Trump may struggle to secure a political lift from significant job growth. And as for his press coverage, just ask him.

Sign up for Trumponomics Daily, Fortune’s newsletter chronicling the business impact of the Trump era.