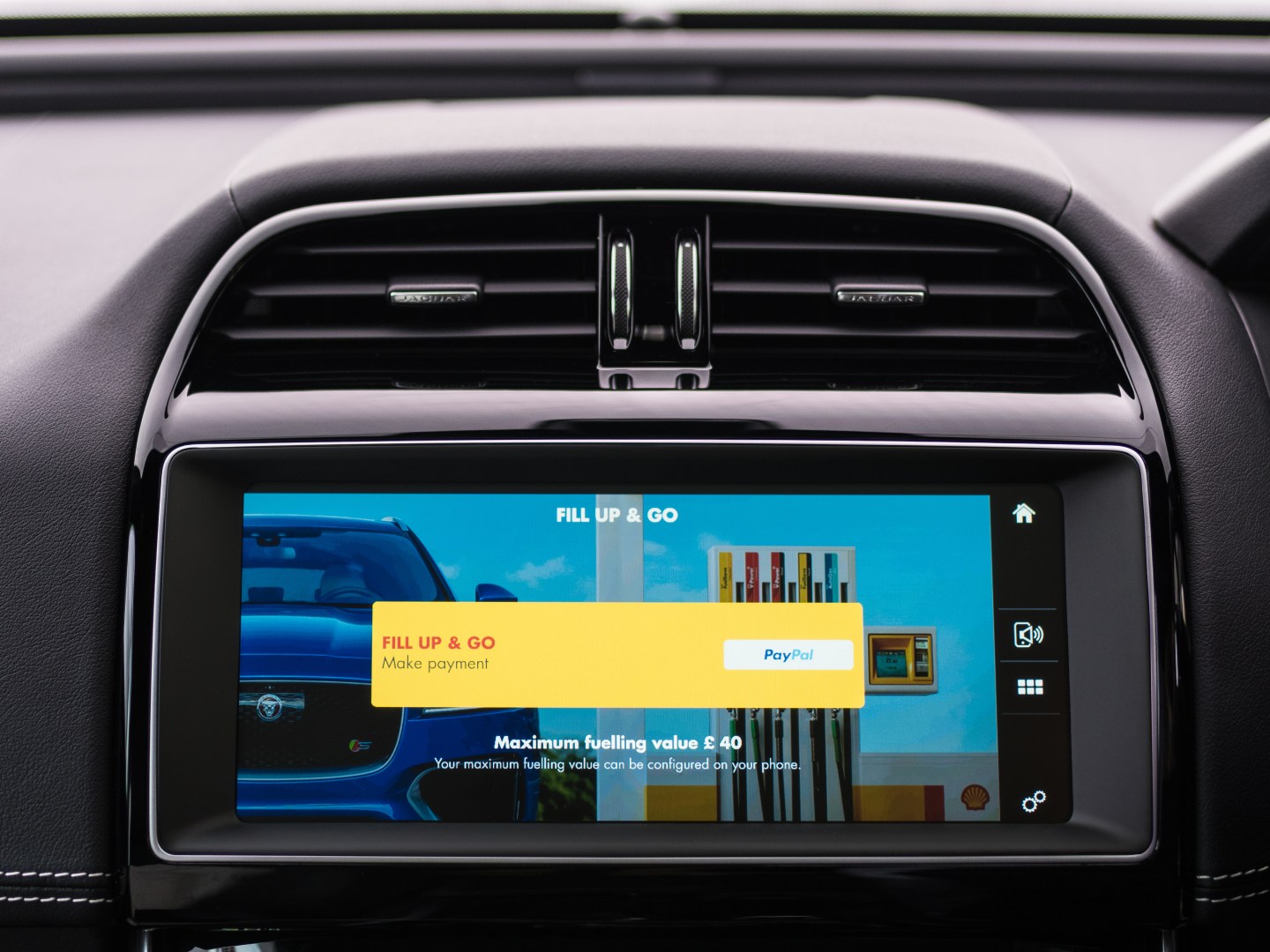 Jaguar drivers of certain models no longer have to reach for their wallet when they need to pay for fuel. They can use their car’s touchscreen through a new cashless payment app developed with Shell.

The companies say the in-car payment app is an industry first.

The Shell app became available for download on Wednesday to Jaguar owners in the UK. It will roll out to other markets, including the U.S. throughout 2017, the company said.

Once users reach a Shell gas station they can use the vehicle’s touchscreen to select how much fuel they require and pay using PayPal or Apple Pay. Android Pay will be added later in 2017. An electronic receipt is displayed once the payment is completed and is sent to the driver’s email address.

A video (below) from Jaguar Land Rover shows how it works.

The app is only available in Jaguar and Land Rover vehicles equipped with its “InControl Apps” feature. The new 2018 Jaguar F-PACE, XE, and XF models all have this feature. And it only be used at Shell gas stations (it is a Shell app after all).

This might seem like a limited use case. And it is. But the new app is noteworthy because it showcases what kinds of services automakers can offer in vehicles with wireless Internet connectivity and an in-car infotainment system.

This app is just the beginning for Jaguar Land Rover. The company says it’s already in talks with other e-commerce companies to develop other cashless payments app that are accessed via the car’s touchscreen. The company is looking a cashless payment apps for parking, tolls, and restaurants, according to Peter Virk, Jaguar Land Rover’s director of connected car and future technology.