Inside a Breakup Bootcamp: The Business of Healing Broken Hearts 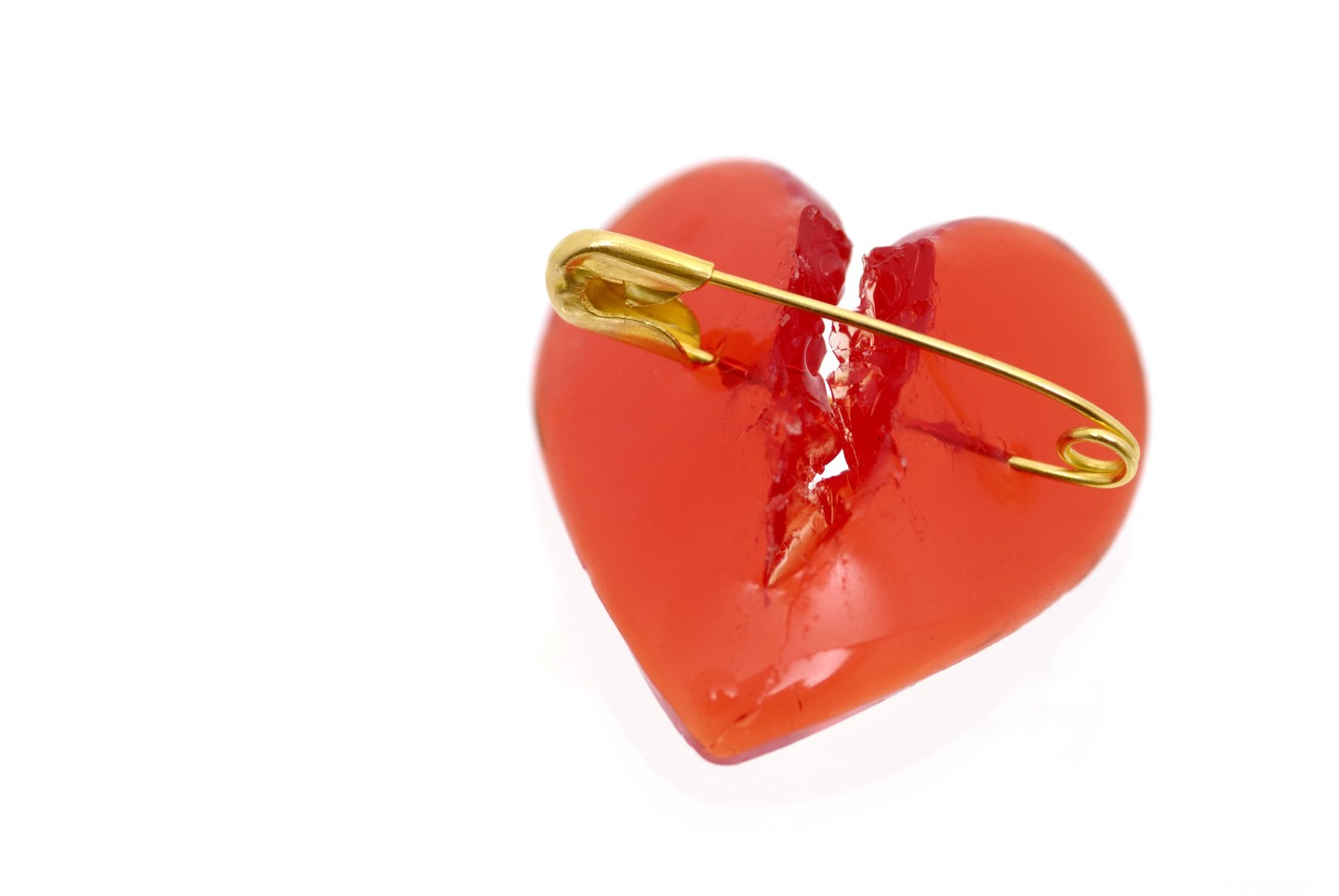 At times, it will feel as if I’ve wandered into an SNL skit. Over the 30 hours that I spend on a wintery farm in Hudson Valley, New York at a breakup bootcamp—on Valentine’s Day weekend, no less—I will meet with a life coach, chant in a yoga yurt, write in a gratitude journal, and consume large amounts of quinoa, kale, and home-brewed kombucha. A woman with three master’s degrees will tell me the world is such a volatile place right now because of “the earth’s vibrations” (apparently, they’re increasing). Over a lunch of cucumber yogurt salad and miso-cauliflower, a fellow attendee, who met her now ex at Burning Man, will gravely inform the group that she aligns her haircuts with the lunar cycle (a waning moon increases growth, while a waxing one reduces it.) Everyone will nod. No one will act like this is an objectively crazy statement.

In part, this is because the majority of the three teachers and five fellow attendees appear to be deeply spiritual people. Phrases such as “heart chakra,” “emotional cutting,” “take control of your energy,” and “asking the universe” are used casually. But I think everyone also nods because one of our most important jobs is to be unconditionally supportive; I am the only one here who did not come to learn how to heal after heartbreak. (I’m told I can use the experience to help break bad patterns in my relationship and life in general).

Amy Chan, the weekend’s creator and mastermind, describes herself as a “scientific Carrie Bradshaw.” Chan has a bachelor’s in communications and is the chief marketing officer of SpiN, a chain of ping pong bars backed by actress Susan Sarandon. Chan’s real passion, however, is relationships—specifically, navigating the choppy waters after one has ended badly. She’s written relationship advice for the past decade, first for a daily paper in Vancouver (her hometown) and now on her blog. A common theme is what to do after a breakup. But it wasn’t until five years ago, when the man she thought she was going to marry cheated with a coworker, that she discovered her life’s true purpose.

“I know I’m on this earth to help people heal their heart wounds,” she tells me over a bowl of homemade chia pudding and granola.

Twenty-nine at the time, the breakup set her into a spiraling depression that lasted for months, despite her efforts to find a solution online: “I wanted something where I could go there and come out healed,” she remembers. After googling heartbreak retreats and finding “nothing specific,” she experimented with other options: reiki, therapists, psychics, a yoga vacation in Mexico. None were particularly satisfying —in the end, healing required time.

But a seed was planted. In the summer of 2015, over “drinks with a friend at the SoHo house,” the idea came to her: She would create a retreat designed specifically for the broken-hearted.

A year and a half later, her idea has materialized as a weekend in which every detail feels custom-made for Instagram. Meals are organic and beautifully plated, prepared by a strapping, young on-site chef. Outside the farm, four cartoonish alpacas wait to be petted. Activities are universally photogenic: yoga, meditation, acupuncture, and group talks where we sit in a circle by the fire and learn how to do things like “take back our energy.” We are urged by Chan, along with Trish Barillas, a life coach, and Noémie Le Pertel, a “positive psychology consultant,” to look at the past in ways that help us heal. In this way, a callous ex-boyfriend can be redrawn as a loving but damaged figure who wasn’t emotionally equipped to commit. “I’m not going to believe anything that doesn’t serve me,” Chan says.

The idea of taking reality and distorting it to fit one’s emotional needs is a recurrent theme, to the point where I’m not sure how to interpret a large percentage of what’s being said. When Chan tells us that instead of being mad at her exes, she cries tears of gratitude because she is so thankful for what they’ve taught her about love and relationships, is she serious, or is this another example of reframing the narrative? When Pertel, who litters her sessions with scientific references to dopamine, stress hormones, and brain synapses, tells us it’s possible to “feel someone’s energy” even when they aren’t nearby, is she speaking metaphorically or literally?

Sometimes the entire weekend feels like an extended exercise in a shimmering version of #alternativefacts. Chan tells me she genuinely believes in the power of manifestation. If she asks the universe for something, she says, the universe makes it so. She started this practice a mere six months ago, and already has noticed a huge difference (it’s how she got her current job). “This goes way back long before The Secret,” she says, referencing the book (and movie) that popularized the idea that positive thinking can lead to real-world results.

Talk like this usually puts me on edge. But then again, my heart isn’t broken; part of me feels cynical and a little gross questioning any tactic that encourages healing.

Because it does seem as if the weekend’s rosy cocoon of uplifting positivity, which reinforces the message that the universe has a plan for each of us—provided we open ourselves up enough to receive it—is helping. One attendee, a shy woman who flew in from Los Angeles, tells me she’s been looking for something like this for a long time. She broke up with her fiancé a year ago, and the heartbreak still feels raw. It’s good, she says, to be here with these women, and to hear their stories.

Chan’s ultimate goal is to help women share their stories year-round, and to turn healing heartbreak into a full-time job. She’s has a ways to go: This weekend was put together at-cost (admittance cost $1,500 for a single room, $1,000 for a double, although a few spots were comped for friends), as a proof-of-concept. Already, however, there is a larger retreat scheduled for May, and another tentatively slated for later in the summer. If everything goes as planned, she will eventually open her own retreat space where, in any given year, she can teach hundreds of people how to reframe their romantic narratives.

When I ask her if it’s dangerous to reconjure your life to the point where you can’t distinguish between what’s true and what isn’t, she says that in love—and often, life in general—facts are hard to pin down. Instead, life is about choices.

“You can say, ‘Well Amy, you’re just loony, you are living in your own fiction.’ Well, sure! Think that I’m crazy, but look at my life. My life is unbelievable. I have such a rich abundant life full of happiness and love.”

I can’t really argue with that—even if it’s impossible to tell whether it’s true, or simply another reframed narrative. And the weekend, in all it’s hipster, spiritual, yoga-centric glory, is an expertly orchestrated experience. Still, as I board the train back to New York City, I’m relieved to be returning to a world where volatility is prescribed to the political climate (not vibrations), and haircuts can be planned around one’s work schedule (not the phase of the moon).

If only I was returning to a world where facts were—well, facts. I should probably try asking the universe for that.