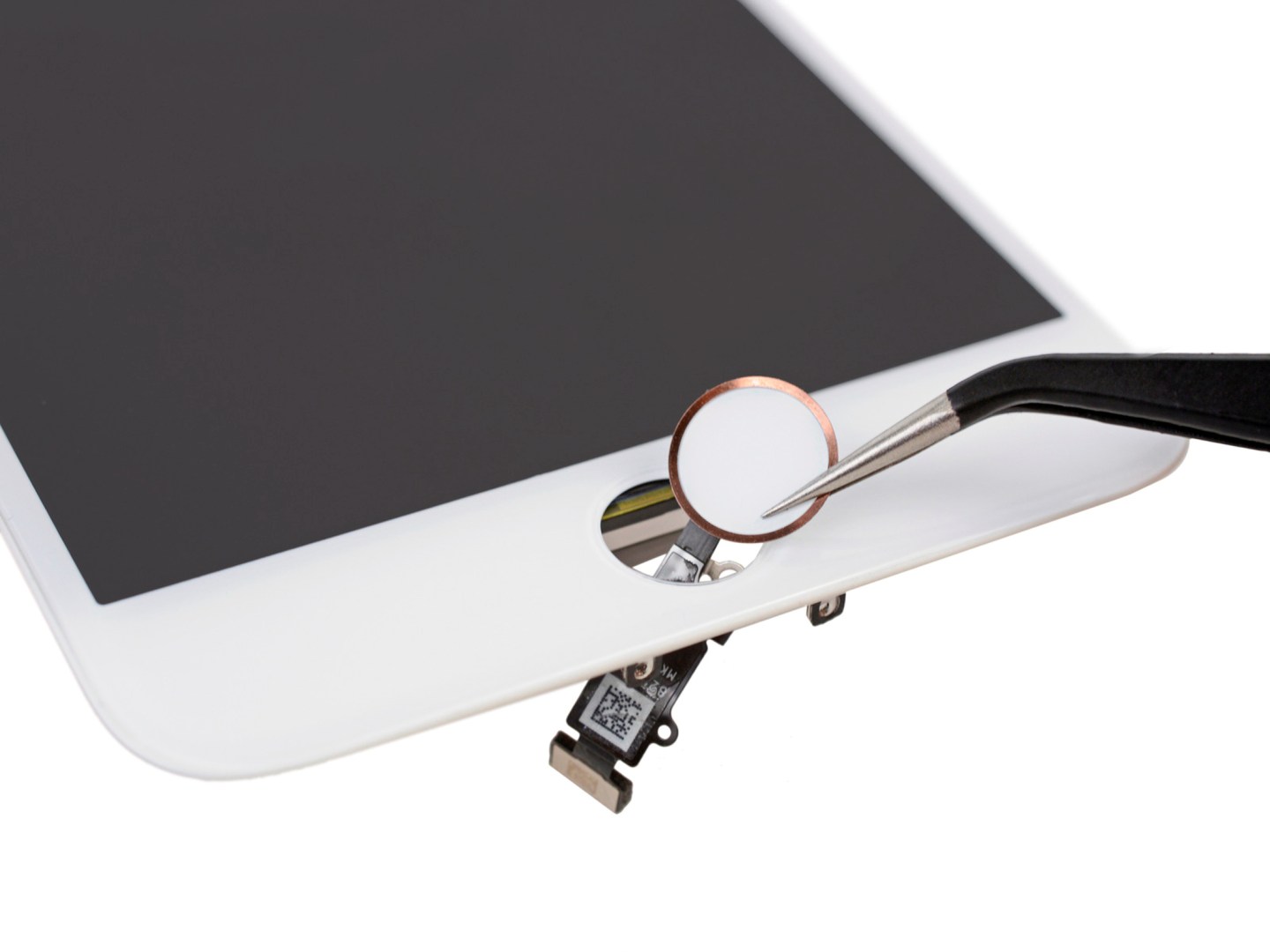 The iPhone 7 Plus' home button, a touch sensor, is shown during a iFixit's teardown of the phone in Japan in this image released on September 15, 2016. Courtesy iFixit/Handout via REUTERS ATTENTION EDITORS - THIS IMAGE WAS PROVIDED BY A THIRD PARTY. EDITORIAL USE ONLY. NO RESALES. NO ARCHIVE. - RTSO1S3
Courtesy of iFixit/Handout via Reuters

Apple appears to be thinking seriously about removing the iPhone’s Home Button sensor.

The U.S. Patent and Trademark Office (USPTO) on Tuesday published an Apple patent on a technology called “interactive display panel with IR diodes.” The patent, which was originally filed in 2014 and earlier discovered by Apple-tracking site AppleInsider, describes a method by which users would touch a device’s touchscreen to activate a virtual Home Button that could let users move around a built-in operating system and make mobile payments via fingerprint recognition. The feature would replace the existing physical Home Button that sits under the iPhone’s screen.

Apple’s (AAPL) iPhone Home Button has been transforming in recent years. When the handset was first released in 2007, the Home Button was simply used as a way to get back to the home screen in iOS. In 2013, however, Apple unveiled Touch ID, a fingerprint sensor that was used to unlock the device, make purchases in apps, authenticate mobile payments via Apple Pay, and generally secure the handset by relying upon biometrics to access data and the operating system.

Last year with the release of Apple’s iPhone 7, the company ditched a physical button in favor of a fingerprint sensor for the Home Button. The feature means the Home Button can’t be pressed in and instead senses a person’s fingerprint and responds based on the pressure they’re applying and which apps are running.

Rumors have been swirling that Apple plans to eliminate the Home Button entirely in its next iPhone, believed to be known as the iPhone 8 or iPhone X. The device, which will commemorate the 10th anniversary of Apple’s first iPhone launch, could come with a curved screen that entirely covers the face of the handset. The design change would leave no room for Apple’s Home Button, requiring the company to bake the fingerprint-sensing technology into its screen.

Apple hasn’t publicly commented on its future plans, but rumors that it has big changes planned for its Home Button have been boosted by the company’s patent filings. In addition to Tuesday’s patent, Apple has in recent months been awarded patents on similar technologies that would allow users to press their fingers against the smartphone’s screen and get the same functionality as the iPhone’s existing Home Button. It’s possible that if an earlier patent’s technology is bundled with a future iPhone, users could press down anywhere on the screen and the iPhone would activate its fingerprint-sensing feature.

In addition to big Home Button changes, Apple is rumored to be planning a bigger screen, a new all-glass design, and other major improvements to one iPhone model this year. Apple has not, however, confirmed that it’s planning to release any new handsets this year, let alone one with such big changes.