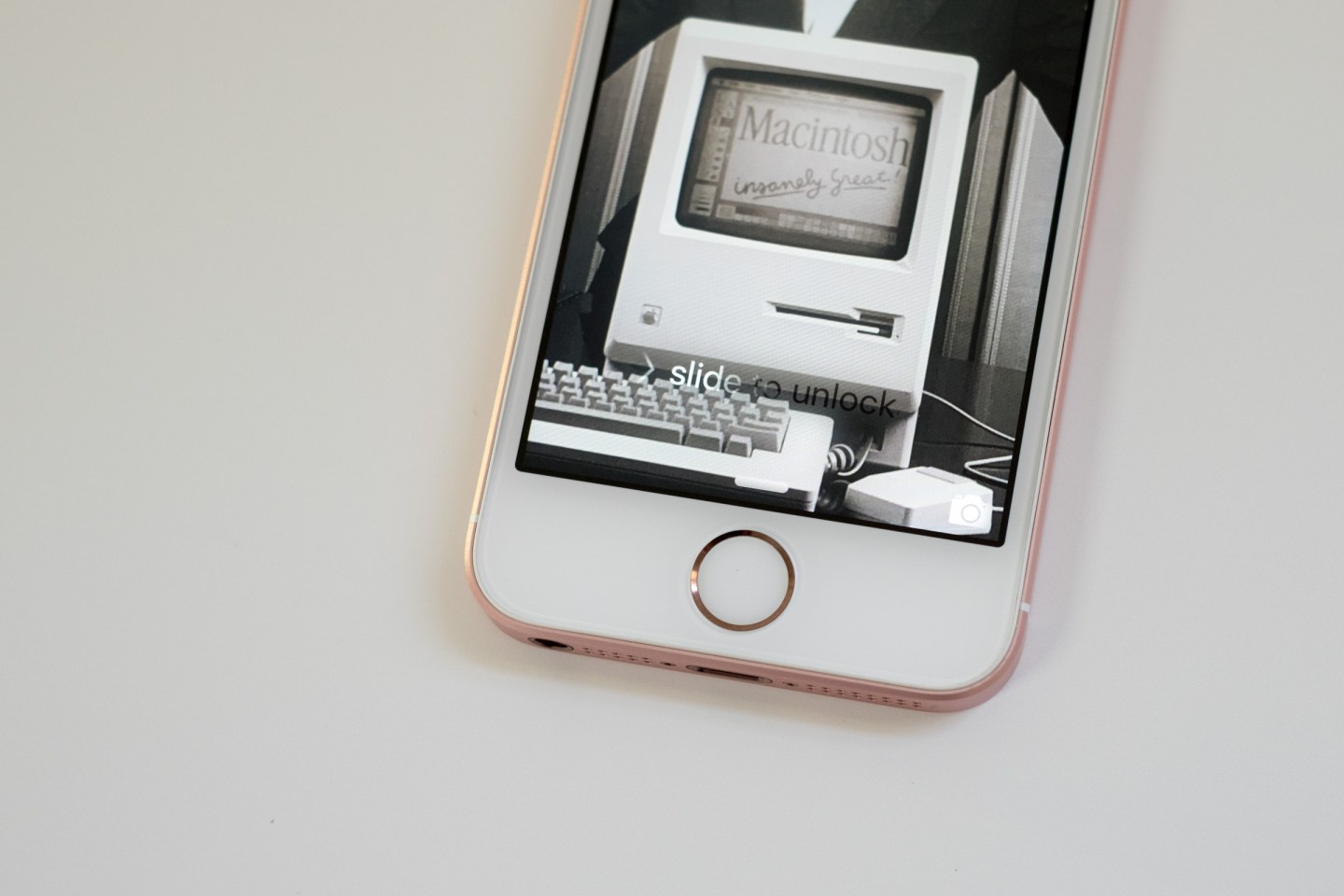 A major change could be coming to Apple’s next Touch ID button.

Apple’s next iPhone, believed to be known as the iPhone 7, could come with a Touch ID button that sits flush with the screen and will use haptic feedback like a vibration to tell users when it’s being pressed, Japanese Apple-tracking site Macotakara is reporting, citing people who claim to have knowledge of the company’s plans. It’s unclear, however, whether the button will be baked into the glass or simply flush with the display and still feature a ring around it like the current button.

The Next Web earlier discovered the report.

Apple’s (AAPL) Touch ID launched with the iPhone 5s. The feature lets users place their fingerprint over the button to unlock their device. Touch ID is also used to verify a purchase through Apple Pay and can be used as a security function to open an app.

Since its launch, Touch ID has resided below the iPhone’s screen as a standalone button. Macotakara, which has a remarkably strong track record of predicting what Apple might have planned, says its sources think things will change in the iPhone 7 and Touch ID will be moved to the display. It’s unclear whether the iPhone 7 will then be a shorter device because it wouldn’t need the additional area where Touch ID sits, or if Apple would keep a similar design.

Regardless, the rumor sounds plausible. Apple was awarded a patent in May for several new methods for using biometric technology. Most importantly, the patent enabled Apple to embed the Touch ID fingerprint sensor directly into the screen and use ultrasound imaging to help the fingerprint sensor find a match.

Apple acknowledged, however, that the technology is “very new and largely untested in a variety of conditions, but initial results show promise for the technology,” which suggests it might not be making its way to an iPhone this year.

It should also be noted that a growing number of photos and videos have leaked showing what the publishers say is the next iPhone. Those leaks show a device with a barely updated design and a Touch ID button below the screen instead of flush with the display. The photos and videos have accompanied claims that Apple will offer precious few design upgrades, including modifications to where antenna lines are positioned, new components, and potentially, two speakers to eliminate the single headphone jack.

For more about the Apple iPhone, watch:

Those rumors, in other words, suggest Touch ID will deliver the same old feel it always has. But as with anything Apple-related, until the company confirms its plans, it’s impossible to know for sure what it has planned.