The Washington Post Goes All In With Snapchat Discover 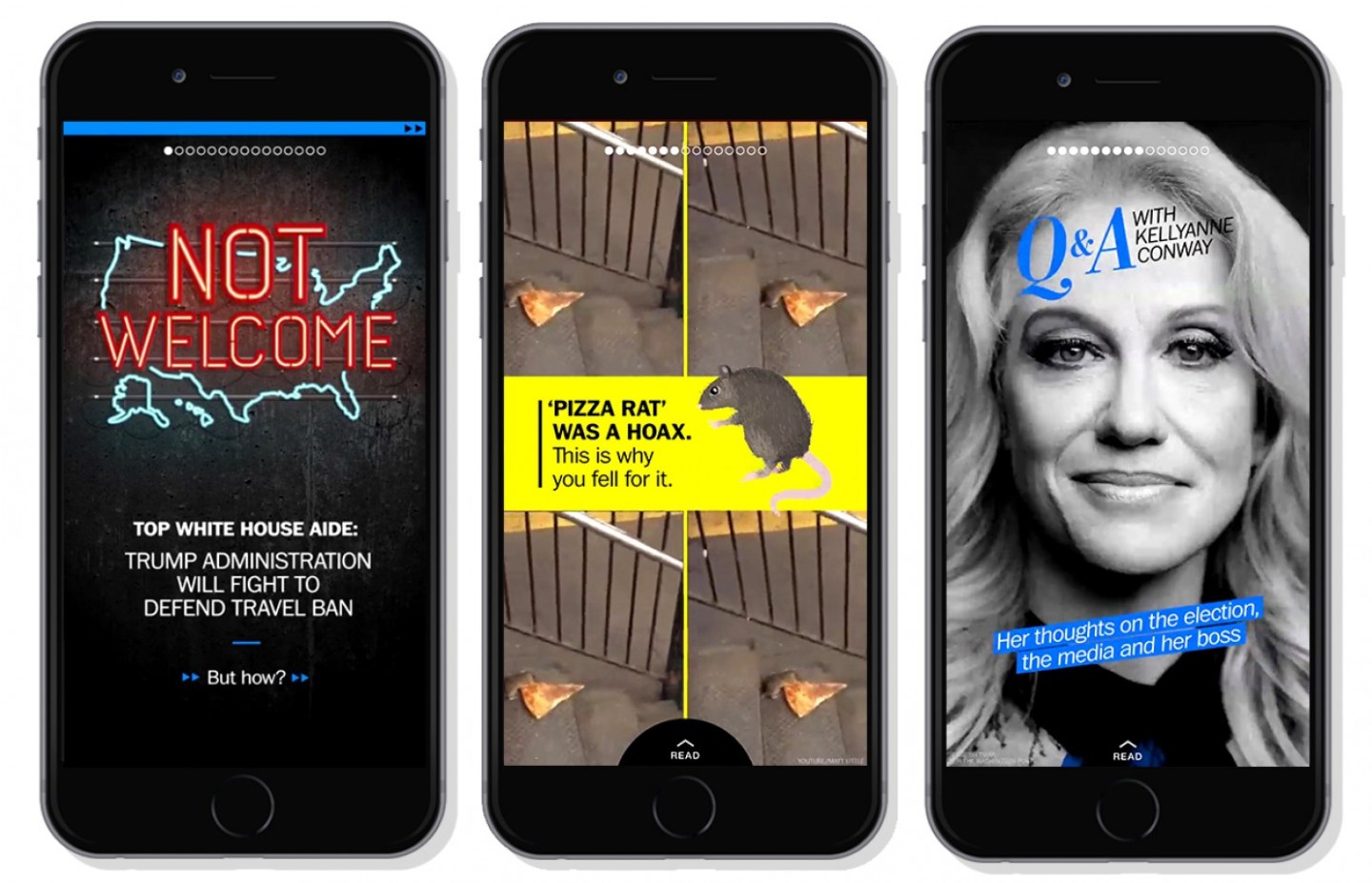 Ever since Amazon CEO Jeff Bezos acquired the Washington Post in 2013, the formerly stodgy newspaper has been making up for lost time, plunging into virtually every digital venture there is. In its latest move, the Post is bringing breaking news to Snapchat. But is that what users of the video-based messaging app really want?

The company announced on Monday that it is going to be providing multiple updates every day through Snapchat’s Discover feature. Discover, which was introduced in 2015, is a kind of media carousel inside the Snapchat app that allows users to click on and get short video clips or other content from partners such as Vice, CNN (TWX), and BuzzFeed.

The Washington Post says it is the first media company to bring breaking news to Snapchat in such a way, with multiple updates throughout the day. Most publishers post one news item or a collection of news items to the service per day.

It remains to be seen whether the Post‘s news content is going to be a good fit with Snapchat’s younger users, however, because most of them use it for exchanging short video clips with each other or following celebrities like DJ Khaled.

The Post‘s latest Discover offering, for example, makes good use of graphics to illustrate some of the discussion around President Donald Trump’s recent controversial immigration order. But then it also wants users to click and read long, newspaper-style stories about the issue. It’s not clear how many Snapchat users want to actually do that.

Its Snapchat experiment is a good example of the Post‘s approach to digital, which is to try virtually everything, including distributing 100% of its content through Facebook’s (FB) mobile-first Instant Articles feature, which automatically formats stories for mobile and shares advertising revenue with its publishing partners.

That approach appears to be paying off for the paper. Not only has its online traffic expanded to the point where it is neck-and-neck with the New York Times, but the Post recently said that it is profitable, which puts it in a very select group of print-based media companies.

The Times, meanwhile, has been somewhat more cautious about partnering with every platform and handing over all of its content (although it is planning to launch a daily briefing on Discover soon). The paper is experimenting with a variety of digital solutions. But in most cases, it wants those solutions to be apps or services that it controls.

As for Snapchat Discover, publishers initially rushed to be part of the feature after it was rolled out, in part because Snapchat was growing so quickly. It now has about 160 million daily users, who use it up to 18 times a day, according to the company.

Snapchat’s parent, Snap Inc., recently filed to go public with an initial share offering that could value the company at $25 billion, although some skeptics believe that figure is overstated, and that the company faces significant challenges from Facebook.

Another big attraction for media companies is that Snapchat is extremely popular with younger users. Its user interface is famously resistant to older users (although it redesigned recently to make it somewhat more intuitive). As print continues to decline, media outlets are increasingly desperate to get in front of younger users.

At least some of the initial enthusiasm for Snapchat’s Discover feature appears to have worn off in the past few months, however.

The company recently changed the way it compensates publishers for their content, which some of its Discover partners were not happy about. And a report prepared for a group of digital publishers that was leaked to Business Insider recently estimated that the average revenue from Snapchat was relatively small compared with Facebook.