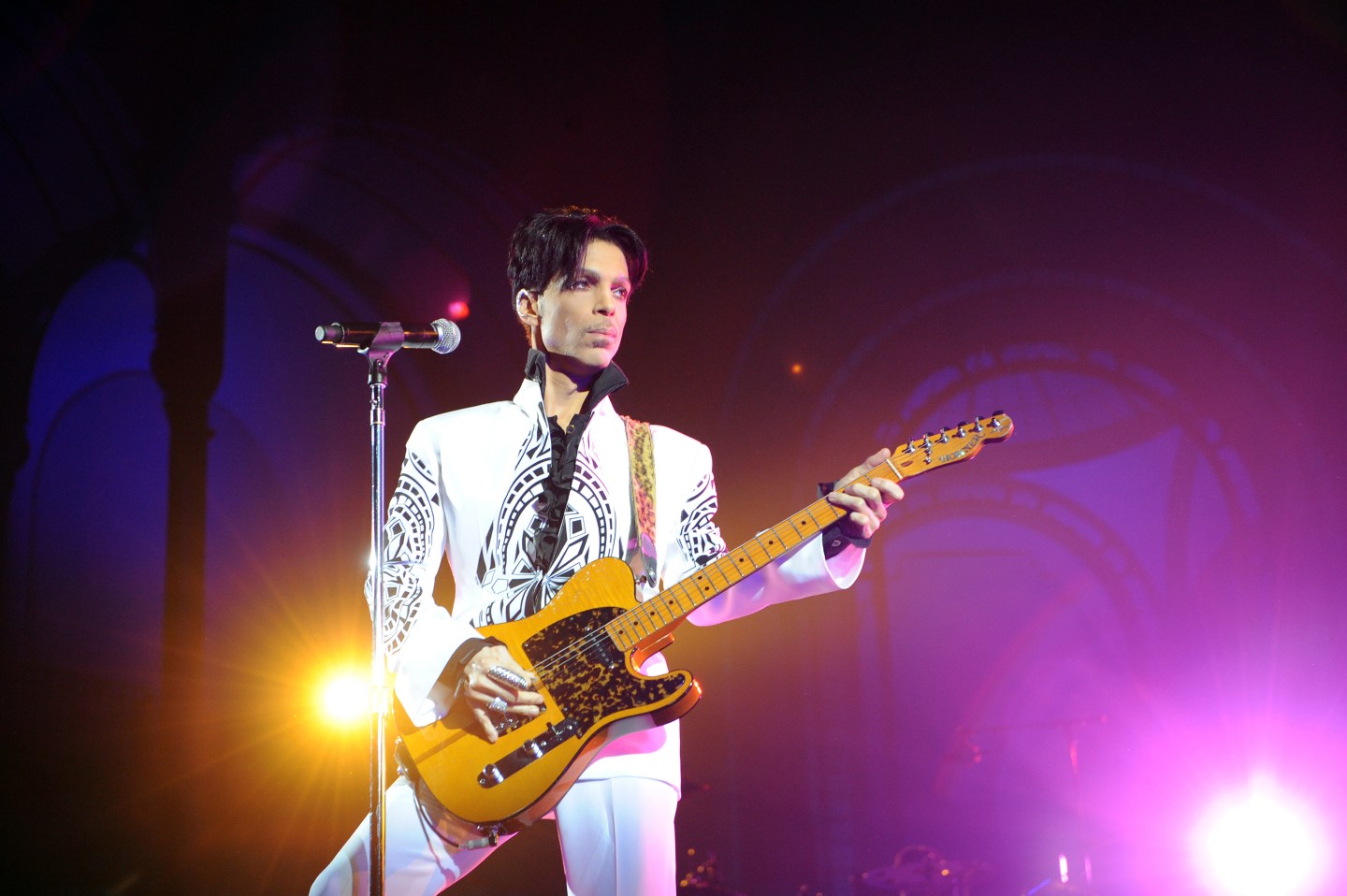 Prince’s early music catalog was made available across all streaming services on Sunday, almost a year after his death, and record label Warner Bros. said it planned to release two albums of new music from the pop funk musician in June.

Warner Records said in a statement that Prince’s music, including his signature album Purple Rain, was being released to coincide with Sunday’s Grammy Awards, where Prince was remembered in a special tribute.

On June 9, it will release a remastered copy of Purple Rain, two albums of previously unreleased Prince music, and two complete concert films from the vault of the singer’s Paisley Park recording complex.

The Minneapolis musician, who died in April 2016 at age 57, had shunned most streaming and digital music platforms in 2015, with the exception of Jay Z’s Tidal outlet, which seeks to return a larger share of profits to artists.

Prince signed with Warner Bros., owned by Time Warner (TWX), 40 years ago, recording albums that included Controversy, 1999, Purple Rain, and Diamonds and Pearls, as well as some of his biggest hits like Kiss, Little Red Corvette, and Sign O’ The Times.

He split with Warner Bros. in 1996, when he changed his name to a symbol, but later re-signed with the label in 2014. Sunday’s announcement covers streaming for his music through 1996.

“When we make any of Prince’s music available to fans—from the hits to unreleased gems—we are committed to upholding Prince’s high creative standards,” Cameron Strang, chief executive of Warner Bros. Records, said in Sunday’s statement.

The streaming deal was reached with the agreement of Prince’s estate and covers platforms such as Amazon Music, Spotify, Apple Music and Pandora.