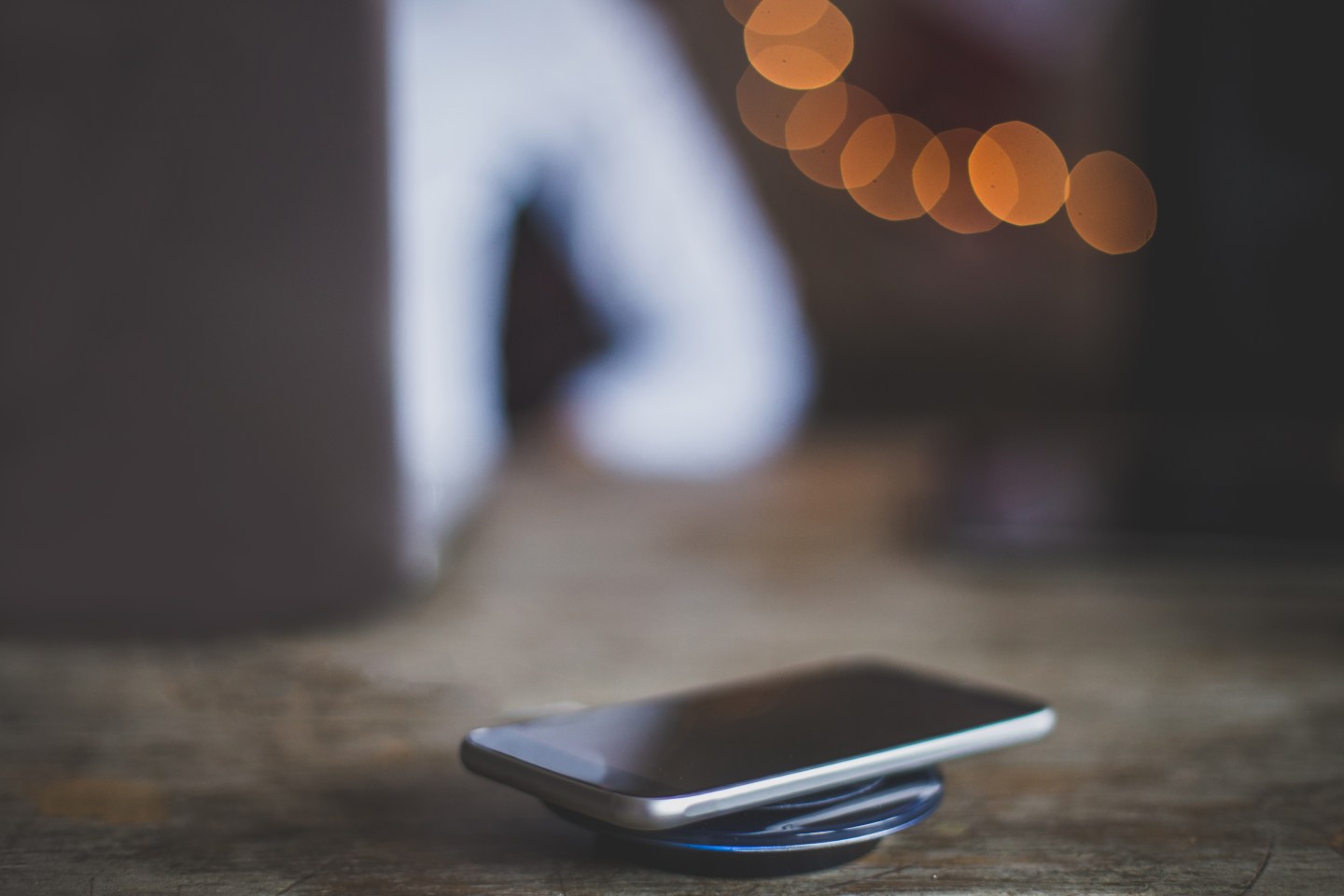 Apple’s upcoming iPhone refresh is rumored to include wireless charging, and on Monday came a good sign that the possible feature will be compatible with thousands of chargers already deployed in airports, coffee shops, and other locations.

Apple often, but not always, prefers to go it alone on the technologies and features its adds to the popular iPhone. When it was finally time to replace the company’s proprietary 40-pin connector on the phone, it opted for another proprietary standard, the lightning port, back in 2012. And last year, Apple infamously dumped the industry standard, decades-old headphone jack in favor of lightning compatible headphones for wired connections.

But there are times when industry standards provide so much added value that even Apple decides to follow the crowd. Wi-Fi is a great example because so many coffee shops, home routers, and school campuses are wired with generic Wi-Fi connectivity that using a proprietary standard would be unthinkable.

Lately, strong rumors emanating from Apple’s Asian supply chain suggest this year’s iPhone update—dubbed by outsiders the iPhone 8 or iPhone X—will include some form of wireless charging technology. That means no more plugging in a cord–the proprietary lightning cord–to recharge the battery. Instead, just lay the device down on a compatible charger mat or base or dock, and watch the battery full up.

The good news this week with regards to that rumor is that Apple has joined the Wireless Power Consortium, an industry standards-setting group behind the Qi wireless charging standard.

Apple on Monday confirmed the move in a short statement, while declining to comment on future products. Apple joined the group “to be able to participate and contribute ideas to the open, collaborative development of future wireless charging standards,” the statement said. “We look forward to working together with the WPC and its members.”

That’s not a guarantee that Apple will include Qi compatibility, but Qi is already in other phones—including Samsung’s Galaxy S line. More importantly for iPhone fans, Qi is being deployed in public locations, as well. Qi has claimed 800 hotspots in U.S. airports, some McDonald’s (MCD) in Europe, and Starbucks (SBUX) locations in Germany, along with compatibility deals with leading car manufacturers and Marriott (MAR) hotels. Still, that’s not exactly the ubiquity of Wi-Fi, bluetooth, or other wireless standards

Apple’s interest, however, could help.

“It will invigorate the limping wireless charging traction,” Neil Shah, partner at Counterpoint Research, tells Fortune. “Wireless charging has slipped off the hype cycle and Apple joins at the right time when the wireless power industry player needs Apple to take the technology mainstream.”