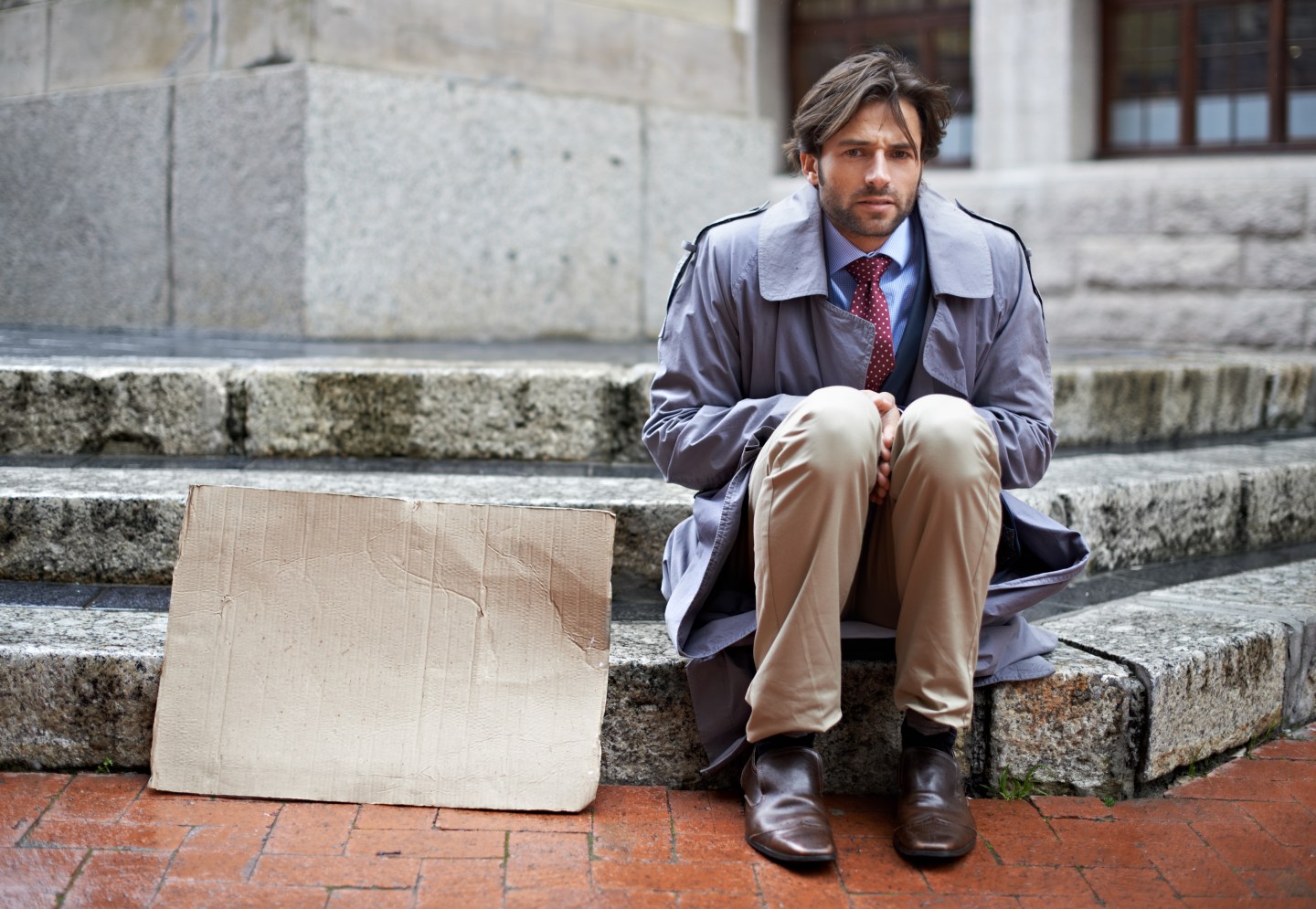 While the Internet has created an abundance of new business opportunities, it’s still extremely challenging, time-intensive, and expensive to start a company, especially for recent college graduates. I know this from experience, as I moonlighted my first business for over three years while working 50-hour weeks for a Fortune 200 company. I spent my nights and weekends building a blog, magazine, and several other properties from scratch, one piece of content at a time. This relentless effort, in combination with the income I received from my full-time job, was enough to enable me to become the entrepreneur I am today.

But the truth is that most businesses fail, and the hype and mainstream appeal of entrepreneurship does not reflect the reality of the millennial employment marketplace. While countless articles have been published about how entrepreneurial my generation is, the data tell an entirely different story. Between the economic and mental obstacles, more millennials are flocking to corporate jobs than starting their own businesses.

You’ve probably read about the success of some of the most notable millennial entrepreneurs, including Mark Zuckerberg of Facebook, Kevin Systrom of Instagram, and Evan Spiegel of Snapchat, but those are rare stories of unicorn companies. Movies like The Social Network and TV shows like Shark Tank and Silicon Valley create the perception that being an entrepreneur is not only a badge of honor, but also a social status symbol. People in your social circles will admire you more for your departure from the traditional corporate career path, even if your business is no more than a mere freelance project.

While all of this is inspiring, it doesn’t reflect reality. The average entrepreneur is 40 years old when they launch their first business, and those over 55 start companies twice as often as those 20 years younger. Young people have always been less likely to start a business due to their lack of experience and capital. These barriers make it much harder for a millennial to have the confidence and support system to take the leap over their elders.

A few years ago, my company partnered with Monster.com to survey workers of all generations, and we found that just 32% of millennials considered themselves entrepreneurs, compared to 41% of Generation X and 45% of baby boomers. Additional research from EY and the Economic Innovation Group discovered that 44% of millennials believe staying with one company is best for their career, compared to only 22% who want to start a business. Nearly half of millennials in the survey cited insufficient financial means as keeping them from entrepreneurship.

While millennials show both enthusiasm and optimism for starting a company, they are combating unemployment, underemployment, and the everlasting student loan crisis. Their economic struggles have become a burden, despite the fact that two-thirds of colleges now offer entrepreneurship programs. The U.S. Census Bureau estimates that young adults today make $2,000 less than people at the same age did in 1980.

Making matters worse, Accenture estimates that about half of millennials were underemployed last year, meaning that they were working fewer hours and in jobs that weren’t reflective of their degrees. And the total outstanding student loan debt is now over $1.4 trillion, growing at approximately $2,726 a second. Once you take this all into account, it shouldn’t be a big surprise that millennials are more focused on survival and financial independence than entrepreneurship.

As a result of the economic recession of 2008, and a lack of real-world startup experience, very few millennials are willing or able to act on their entrepreneurial ambitions. The U.S. Census Bureau reported that two years ago, fewer than 2% of millennials were self-employed, compared to over three times that amount of Gen Xers and boomers. As millennials gain more experience and progress in their careers, they will eventually have the capital, intelligence, and network required to start a sustainable company. Expecting that of them now, though, is unrealistic.

As a millennial entrepreneur who has been self-employed for over six years, I can attest to the uncertainty, depression, and competition that come with embarking on a new business. My hope is that my peers focus on finding jobs, gaining experience, saving money—and then follow through on their entrepreneurial dreams. While we believe that entrepreneurs are critical for a healthy economy, most of us will have to be patient if we want to be successful business owners.

Dan Schawbel is the author of Promote Yourself and Me 2.0, and the research director at Future Workplace.