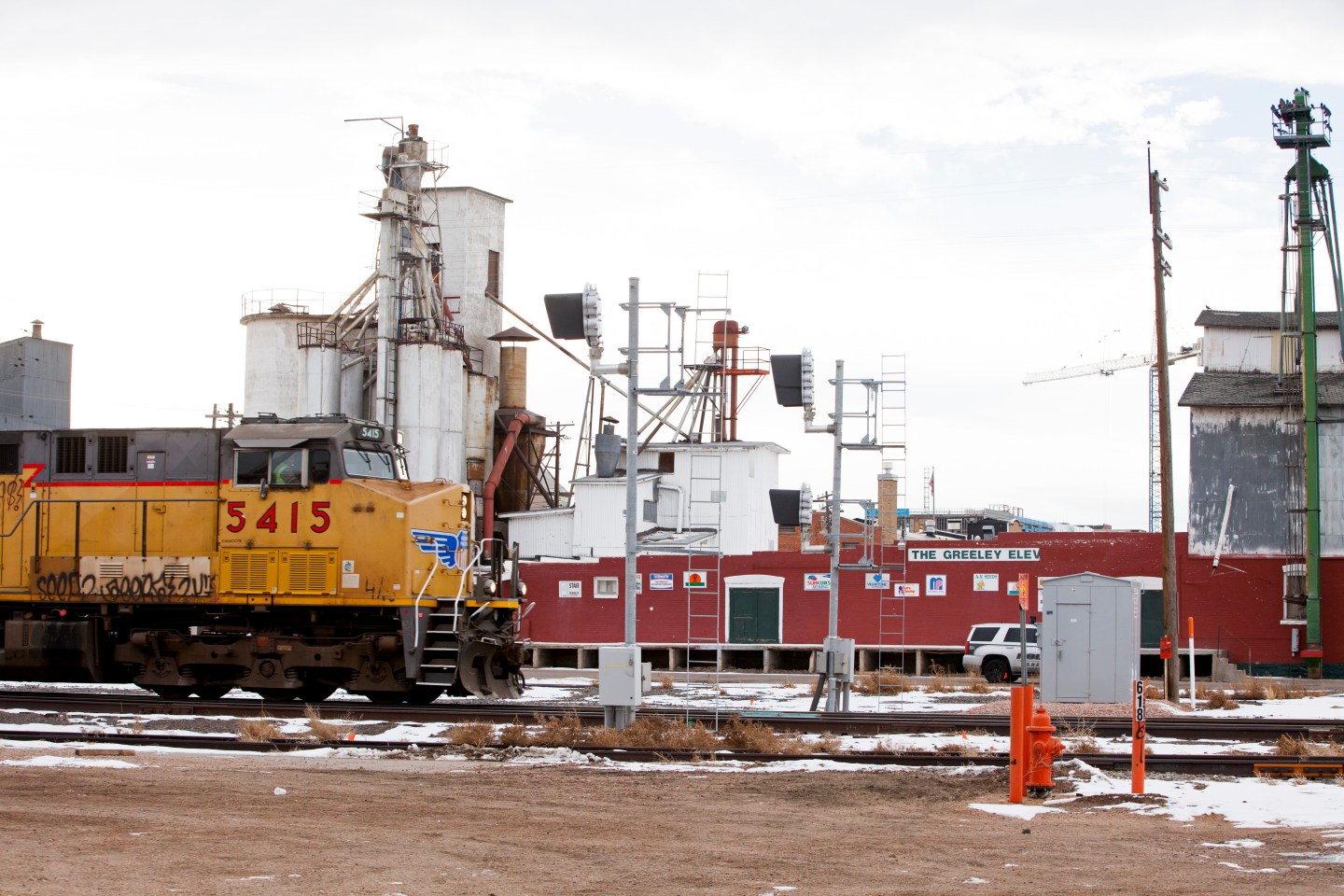 Severe winter weather has slowed rail deliveries of crops to shippers in the U.S. Pacific Northwest, sending freight rates soaring and prompting Asian buyers to seek fill-in loads as they wait for the backlog at ports to clear.

Blizzards, avalanches and heavy rain in recent weeks have hit transport of corn, soy and wheat to ports where they head for the lucrative Asian market, adding to the struggles that have plagued U.S. exporters since harvest.

The setbacks come at a critical time for U.S. exporters, who are trying to move as much grain as possible before buyers turn their attention to South America when corn and soybean harvests in Argentina and Brazil accelerate in the coming weeks.

“There isn’t much you can do about awful weather,” said John Crabb, a grain broker at Tradewest Brokerage Co in Hillsboro, Oregon. “It’s just expensive. You can’t load in the rain.”

China Modernizing Its Agriculture For a Growing Middle Class

BNSF Railway Co shut down rail service between Shelby and Whitefish, Montana in both directions due to an avalanche. The company said in a statement on Thursday that it had rerouted some trains. A spokesman said that the company hoped to restore service in the area, which is on the way from the Midwest, where the crops are harvested and stored, to the Pacific Ocean, on Friday evening.

“This is a major pinch point for trains, and could impact an already awful logistical situation headed west,” Tregg Cronin, a market analyst for Halo Commodity Co, a brokerage and marketing consulting agency, wrote in a note to clients.

On the Pacific Northwest coast, rains and snow stopped loadings of ocean vessels in Oregon and Washington this week. The National Weather Service this week instituted a flood watch for much of western Oregon.

A senior official at a major Japanese trading house said his company was looking into where to buy corn as an emergency measure if it was not able to source grain from the United States. Possible countries of origin include China, Australia or Russia, he added.

Tradewest Brokerage’s Crabb said there were few alternatives for Asian grain buyers, as it would likely take longer to ship grain to Asia from Brazil, Argentina, or the Gulf of Mexico.

But indications are that the congestion at ports is unlikely to ease soon, as about 60 ships are in port or waiting offshore, Cronin added. Monthly loading capacity is about 40 ships.

“We are looking at a delay of about 15 to 20 days from the Pacific coast,” said a Singapore-based grains trader with an international trading company.

South Korea diverted 40,000 to 50,000 tons of its corn imports to Taiwan in late December and in January because shipments from the United States were delayed, a Korean trader said. South Korea imported more than 3 million tonnes of U.S. corn in the 2015/16 marketing year.

The shipping season since last autumn’s harvest has been among the most challenging for PNW grain shippers. After excessive rain delayed vessel loading in October, frigid temperatures and snow have hit rail deliveries across the northern Plains since December.