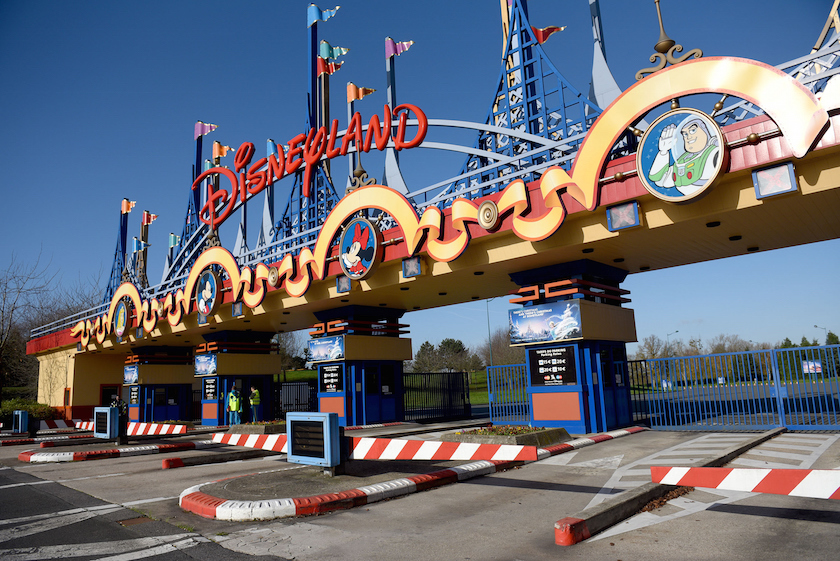 PARIS, FRANCE - NOVEMBER 15: The entrance of Disneyland-Paris entertainment park is closed on November 15, 2015 in Paris, France. As France observes three days of national mourning members of the public continue to pay tribute to the victims of Friday's deadly attacks. A special service for the families of the victims and survivors is to be held at Paris's Notre Dame Cathedral later on Sunday. (Photo by Antoine Antoniol/Getty Images)
Photograph by Antoine Antoniol — Getty Images

Walt Disney is to seek full control of Euro Disney after raising its stake in the underperforming operator of Disneyland Paris through a deal with Saudi billionaire Prince Alwaleed bin Talal.

Disneyland Paris opened in 1992 and has struggled financially for much of that time, after making overly optimistic visitor projections and taking on too much debt.

It sits on a 5,510-acre site about 20 miles east of Paris, only about half of which has been developed so far, Disney said in its 2016 annual report.

Disney said on Friday it was offering 2 euros a share for any remaining shares in Euro Disney after buying a 9% stake from Alwaleed’s Kingdom Holdings via a share swap, increasing its holding in the European company to 85.7% from 76.7%.

If it gets to at least 95% it will buy out and delist the shares from the Euronext Paris stock exchange, it added.

The offer represents a 67% premium to the closing price of Euro Disney shares on Thursday. Minority shareholders have long complained about the way the company was run, and Disney could face resistance to the offer despite the premium.

Euro Disney’s finances have been hit by the 2015 Paris attacks, which have led to fewer visitors to the French capital and by tough business conditions throughout France and Europe in 2016, Disney said in a statement.

The French offshoot of the U.S. media and theme park empire has been struggling under increasing losses, recording a 2016 net loss of 858 million euros, from 102 million euros in 2015.

Walt Disney reiterated it would support a recapitalisation of up to 1.5 billion euros ($1.6 billion), which would help to cut Euro Disney’s debt and improve its financial position.

Euro Disney was Europe’s largest-ever initial public offering when it floated and analysts thought Euro Disney stock promised “good long-term returns,” but it never delivered on that promise, leaving many shareholders with losses.

Walt Disney has since increased its holding in its European offspring and earlier on Friday the U.S. company said it had swapped a 9% stake with Saudi Arabia’s Kingdom Holding, the investment firm owned by Alwaleed.

Kingdom and Alwaleed are major investors in U.S. companies in technology and other sectors, and together own more than 5% of Twitter.

Kingdom Holding said it was making a net profit of $61 million from the deal, which involved trading 90% of its shares in Euro Disney into Walt Disney stock.

“We continue to have confidence in Disney and remain committed to investing in France,” Alwaleed said in a statement.