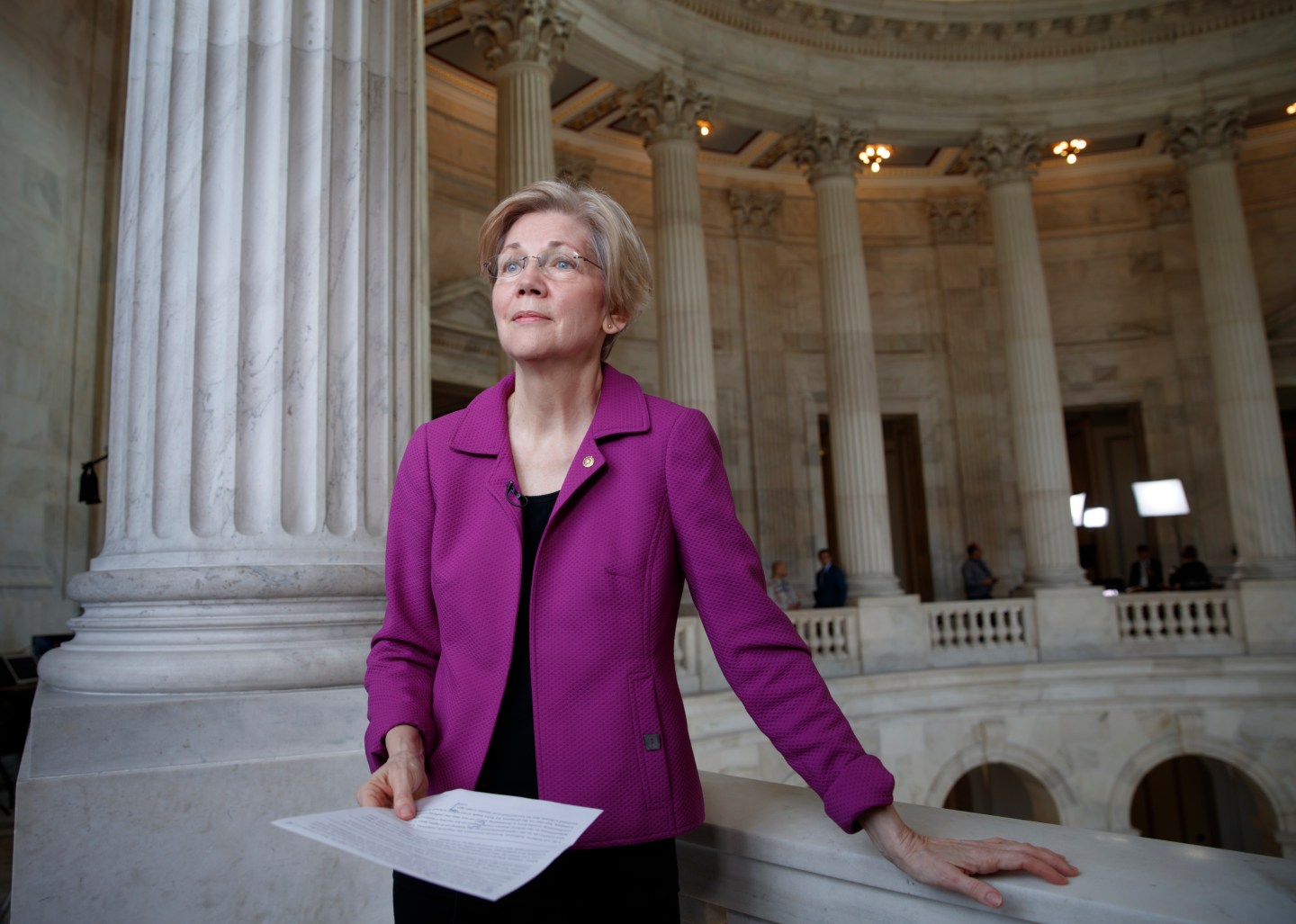 Holding a transcript of her speech in the Senate Chamber, Democratic Sen. Elizabeth Warren of Massachusetts reacts to being rebuked by the Senate leadership and accused of impugning a fellow senator, Sen. Jeff Sessions, R-Ala., the attorney general nominee, on Capitol Hill in Washington, Wednesday, Feb. 8, 2017. Warren was barred from saying anything more on the Senate floor about Sessions after she quoted from an old letter from Martin Luther King Jr.'s widow about Sessions. (AP Photo/J. Scott Applewhite)
J. Scott Applewhite — AP

Did Goldman Sachs sway President Donald Trump’s decision to sign an executive order that could weaken the Dodd-Frank Act?

“Mr. Trump released two executive orders with Mr. Cohn at his side, both from the Wall Street wish list: one promised to roll back Dodd-Frank rules put in place after the 2008 Financial Crisis, and another put in place a process that could eliminate new requirements that investment advisers act in their clients’ best interests,” the two Senators wrote.

Not only would the Senators like their questions answered by Feb. 22., but they would also like records of communication between Cohn and Goldman Sachs employees since he began working in the government. You can read the letter in its entirety here.

Earlier this month, Warren and Baldwin sent a letter directly to Cohn, asking the advisor to immediately pay taxes on his estimated $285 million payday gained upon leaving Goldman.

As far as Goldman is concerned, though, Goldman Sachs has not influenced President Trump.

“We’ve had no involvement in the drafting of any executive orders,” a spokesman for Goldman Sachs wrote in an email.