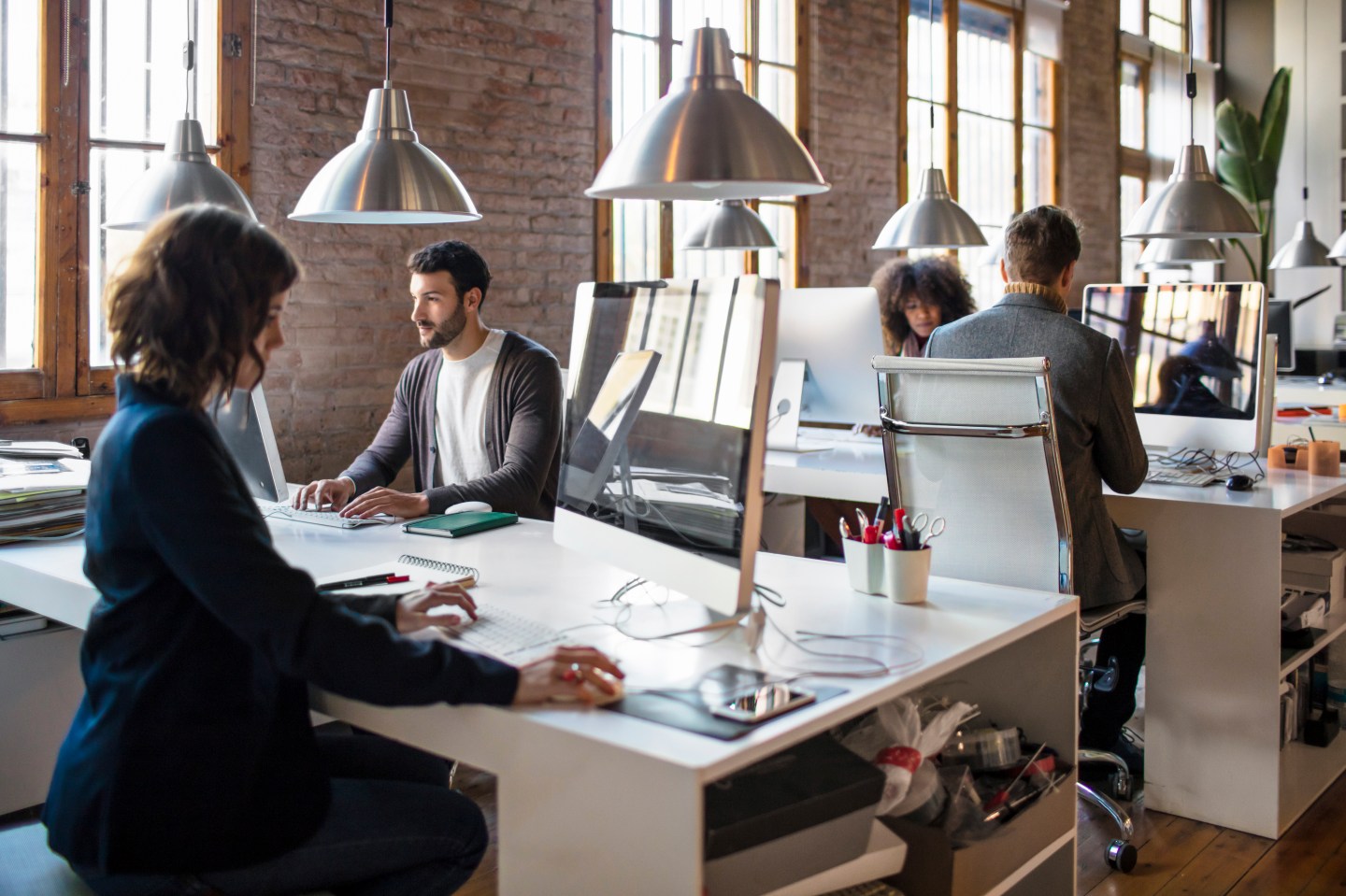 Young people working on a startup office, all are at their desks very concentrated.
Photograph by xavierarnau via Getty Images

President Trump’s first two weeks in office have been volatile, to say the least. Everyone seems to be bracing for the next set of executive orders to revamp immigration policies, amidst controversy over the recent immigration ban—now on hold—that targets citizens and travelers from seven Muslim-majority countries. And in the tech space, entrepreneurs, myself included, keenly await their fate with regard to H-1B visa policy, fearful that the foundation for opening our borders to those coming in to innovate and create new jobs is at risk.

Currently, foreign work visas are allocated by lottery and demand is at an all-time high, with over 236,000 petitions to the 2017 H-1B lottery. Driven by the United States Citizenship and Immigration Services (USCIS), the lotto takes place annually in April and sets aside 65,000 visas into a category deemed “general,” with 20,000 additional visas set aside for Masters students (at a U.S. institution). Depending on how quickly the quota for each category is reached, the USCIS will then do a random lottery for remaining visas.

Numerous policy changes are being reviewed by the new administration, including the “High-Skilled Integrity and Fairness Act of 2017,” introduced to Congress by Rep. Zoe Lofgren (D-Calif.), which aims to significantly raise the minimum wage paid to H-1B workers from $60,000 annually to at least $130,000 annually. In the bill “H-1B and L-1 Visa Reform Act of 2017,” introduced by Sen. Chuck Grassley (R-Iowa), changes include giving the Department of Labor “enhanced authority” to review, investigate, and audit employers sponsoring H-1B visas and L-1 visas (for foreigners who have worked in an overseas branch of the company and request transfer to the U.S.). It would also establish wage floors for L-1 workers.

While some proposed changes to H-1B visa policy may help offset the high distribution of visas to outsourcing companies (and thus, their ability to replace local jobs), a significant increase in the minimum wage could severely stunt the rapid growth, diversity, and job-creating potential of the startup community.

Capping potential
A system weighed heavily on wage or a company’s pay-to-play ability to recruit the “best and brightest” inherently suggests that the highly skilled are also the highest paid. However, this approach fails to account for the bright, eager, and often young talent fresh out of school embarking on their first professional experience. With technology evolving as rapidly as it does, this group may be the best positioned to contribute the new thinking we so greatly value. But, as you might expect, there are not many junior positions at startups offering a salary of at least $130,000.

FundersClub, an online venture capital firm, recently published a survey highlighting their portfolio’s immigrant founders. Within their portfolio, only 27% of roles filing for H-1B visas in 2016 listed a wage of $130,000 or more. Positions for that wage range included a chief operations officer, directors of data and of customer development, a senior product manager, and a number of engineering managers and senior engineers. If the minimum wage increases to $100,000, as proposed by a new bill in Congress, 76% of the H-1B roles within FundersClub’s portfolio would meet the threshold.

The agile workforce
Another pillar of many startups is agility. This applies to job roles and responsibilities as much as product development. It’s common, especially in the early days, for employees to wear many hats or change roles completely. Junior employees are quickly given the opportunity to grow into roles that assume more leadership or to transition into work on new teams. The junior analyst you hired may decide he wants to learn to code. Or the graphic designer may find herself in product design when an opportunity presents itself and the startup needs to move fast.

If we limit or exclude these junior, lower-paying roles all together, we are nipping talent and potential in the bud before it ever has a chance to amount to anything greater. Malleability, and, in general, the ability to respond nimbly to market is the very process through which younger companies find the right market for their products and services.

Some may wonder why companies don’t simply hire talent solely from within the U.S. Unfortunately, there is a shortage of engineering and data science talent. According to U.S. News & World Report’s Top 100 Global Universities, only 29 universities offer data science programs, and a mere six make them available to undergraduates. McKinsey & Company, predicts that by 2018, there will be fewer than 200,000 available data scientists to fill the 490,000 open positions.

The early stage
While more established (and funded) startups may be able to boost some salaries to meet new requirements, a jump to $130,000, or even $100,000, could dramatically impact who early-stage startups could hire, both in diversity and in number. Among a list of over 450 tech companies in Built in NYC, an online community for New York startups and tech companies that have received $1 million to $10 million in funding, at least 65 companies filed for H-1B visa roles in 2016.

A sizable amount of equity or a promise of a post-funding raise is often a welcome risk (and a sufficient supplement) for startup employees earning lower wages. While making that gamble may not be an option for everyone, we shouldn’t inhibit those who are willing to make short-term wage sacrifices in exchange for an opportunity to learn, grow, and maybe even get lucky with a big payout.

A commitment to diversity
Though any program or system, given enough time, needs an audit and overhaul, the technology community should be worried if such actions are taken with as little thoughtfulness as recent executive orders banning travel. America should think much more carefully about measures we put in place that could have a negative impact on the diversity of cultures and ideas in our labor force. That would be step one.

Step two is to reconsider a more principled approach espoused by America’s founders:

“I had always hoped that this land might become a safe and agreeable asylum to the virtuous and persecuted part of mankind, to whatever nation they might belong.” —George Washington

Innovation is driven by passion, not payouts. It’s something venture capitalists look out for as well when they are referencing founders, even though the two are highly interdependent. Similarly, our commitment to immigration should go beyond our self-servicing business interests. If we lose that moral honesty, the global talent pool will also see beyond wages and find another place to nurture the brilliance needed for the next big thing.

Hicham Oudghiri is CEO and co-founder of Enigma.