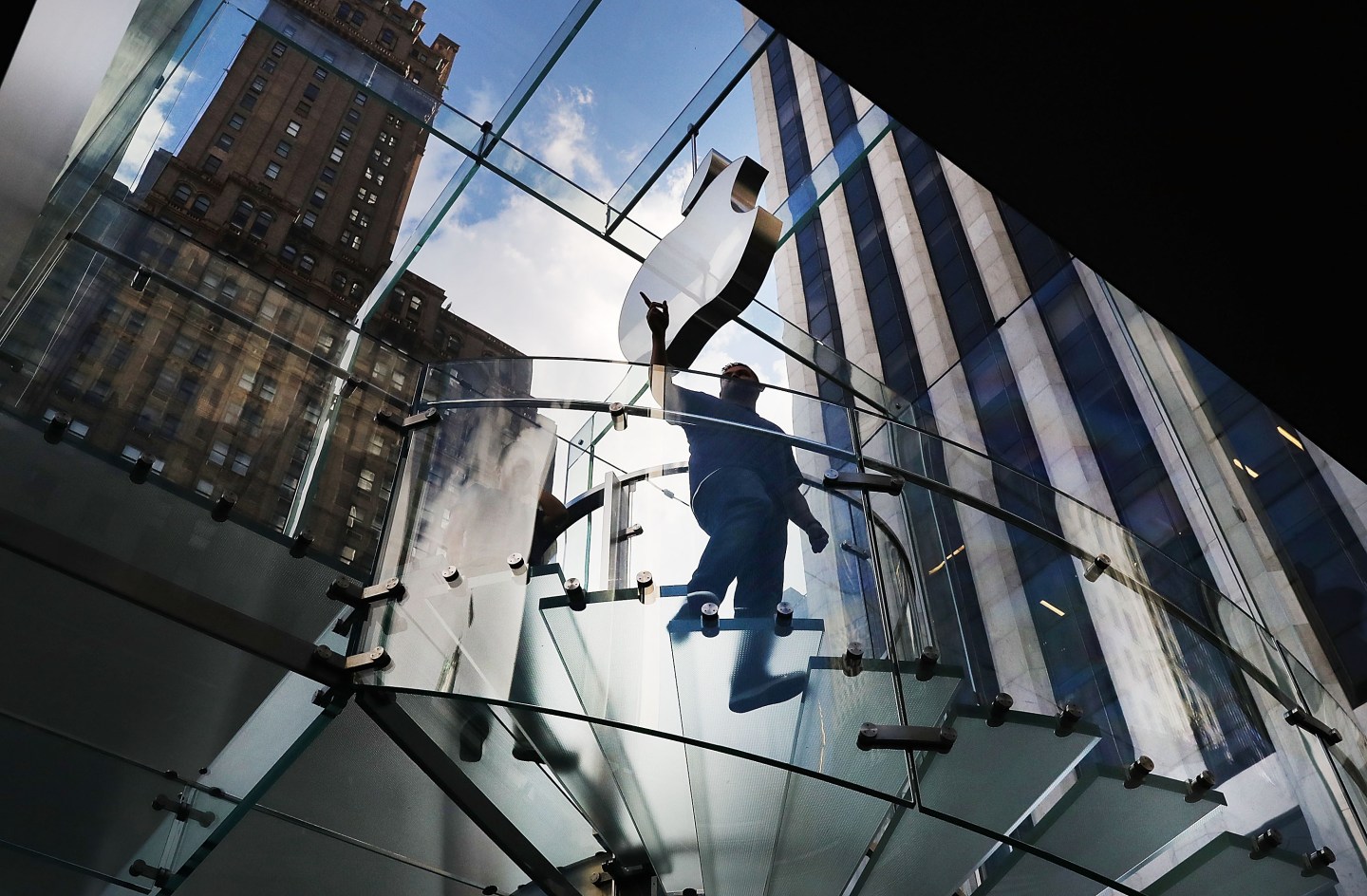 NEW YORK, NY - SEPTEMBER 16: People buy the new iPhone's at an Apple store in Manhattan on September 16, 2016 in New York City. People around the globe waited in long lines to be among the first to purchase both the iPhone 7 and the iPhone 7 Plus. The phones offer longer battery life, faster browsing, a better camera and do not have a traditional headphone jack. (Photo by Spencer Platt/Getty Images)
Spencer Platt—Getty Images

Apple has big plans for its Fifth Avenue store in New York City.

The tech giant will be expanding its flagship location in Midtown Manhattan to 77,000 square feet, up from the approximately 32,000 square feet the store currently spans, Douglas Linde, president of Boston Properties, the building’s landlord, said in an earnings call on Wednesday. Linde, whose comments were earlier reported on by Bloomberg, said that the store should be completed towards the latter part of 2018.

The Fifth Avenue location is one of the more prominent Apple Stores (AAPL) in the world. The store has become iconic and identifiable by a large glass cube that sits on street level. Visitors looking to buy Apple’s products descend underground, where they can try out iPhones and iPads, make purchases, and have their products fixed at the Genius Bar. The location is open 24 hours a day.

Last month, Apple moved out of the glass cube and into the former FAO Schwartz space just steps away in the General Motors (GM) building.

The Cupertino, Calif.-based company is in the midst of remodeling flagship stores all over the world based on a new concept developed by retail chief Angela Ahrendts and design guru Jony Ive. The remodeled stores are promised to feature more places for customers to congregate along with expanded areas for business customers.

“We are reinventing the role our stores and employees play in the community,” Ahrendts told Fortune last year. “We want to be more like a town square, where the best of Apple comes together and everyone is welcome.”

It’s possible, though not confirmed, some of those concepts will be integrated into the Fifth Avenue location.

In a statement to Fortune on Thursday, an Apple spokesman said the store would be “incredible.” He added that the FAO Schwartz location will remain open around the clock during the cube’s renovation.