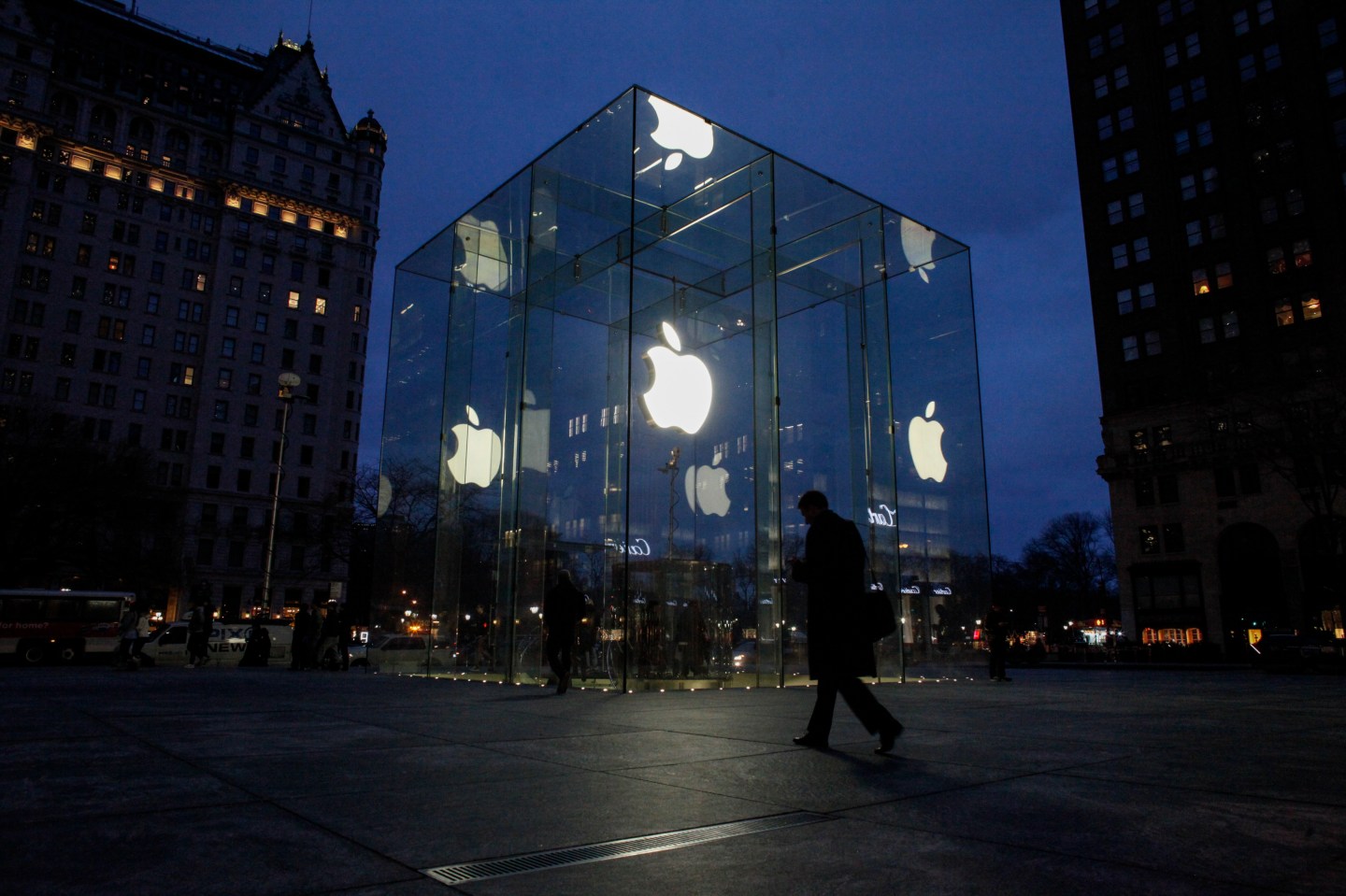 A man walks outside the Apple store on the Fifth Avenue in New York on February 17, 2016.
Photograph by Kena Betancur—AFP/Getty Images

Apple has placed a sign outside the Fifth Avenue store saying that it’s moving to a “temporary location” on Jan. 20. The sign doesn’t say how long Apple will be at the other location, which is just steps away from its current store and resembles a glass cube.

According to Macrumors, which earlier reported on the move, Apple (AAPL) will move its Fifth Avenue store to the former FAO Schwartz space just a few feet away in the General Motors building.

Over the past year, Apple has renovated or started work on a number of its stores to give them more open space for customers, among other changes. The changes have come about following the appointment of Apple’s senior vice president of retail Angela Ahrendts in 2014. Apple design chief Jony Ive has also played a role in the store redesigns.

Apple hasn’t said what kind of renovations it’ll be making to the store, and the company did not respond to a Fortune request for comment. Apple will start closing the store between midnight and 6 a.m. on Jan. 16 in prelude to its closing. The company didn’t say whether business hours will change after the relocation.