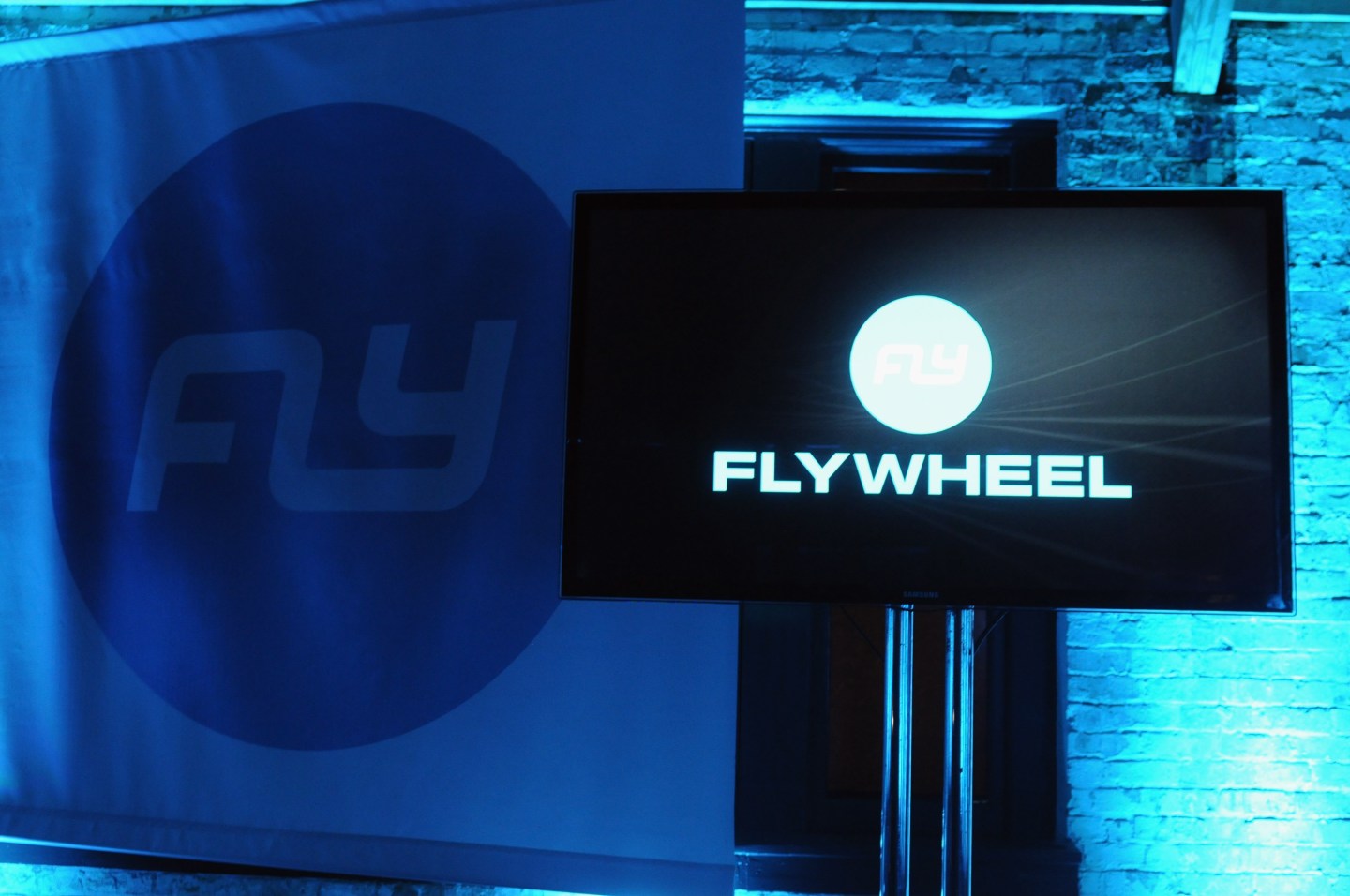 Sarah Robb O’Hagan has been known to take meetings on the run.

Not while in a taxi or while waiting for an elevator, but quite literally: The former Equinox exec goes for runs with her pet Labrador while talking to Lew Frankfort, who is best known in the business community as the former CEO of the fashion retailer Coach.

“Should I call you back?” Frankfort recalls asking Robb O’Hagan the first time he caught her mid-jog. Her answer: “Nah—as long as you don’t mind me being a little breathy.”

Robb O’Hagan’s level of energy and get-it-done approach is why Frankfort, who is now the executive chairman of boutique fitness studio Flywheel Sports, “courted” her for months to take on the role of CEO, an appointment the company announced Wednesday morning.

“Lew and I had some of our productive calls that way,” Robb O’Hagan jokes.

Almost exactly a year ago, Robb O’Hagan left her “dream job” as president of Equinox Holdings, the parent company of fitness chains Equinox, Pure Yoga, and Soul Cycle, to launch ExtremeYOU, “a content platform of inspirational and educational articles, as well as programs, tools, workshops and experiences” meant to help individual be their best selves. In that time, she also wrote a book by the same name (due for an April release).

Between the two projects, Robb O’Hagan says she wasn’t looking for another career move, but when Frankfort reached out, she couldn’t say “no” to the meeting, though she originally told him that the timing wasn’t right for her to take on the chief executive role.

Over time, however, Robb O’Hagan became convinced of Frankfort’s vision of the fitness industry, which is based on the thesis that it will follow many of the same trends as the fashion industry. Frankfort sees the death of department stores as the precursor to the death of gyms. (Last month alone, Macy’s announced that it would close 63 stores and Sears said that 150 of its locations will go dark.) As in retail, fitness customers “are really looking for value at low end or curated experiences at high end,” Frankfort says.

Flywheel—which currently offers indoor cycling and barre classes—hopes to play in the latter space. “Our core customer is the high-performance athlete, a tastemaker in the fitness scene,” says Robb O’Hagan. The studio’s signature cycling classes track riders’ performance and pit them against each other on a “leaderboard.” At the end of each class, customers can see how well they fared compared to their peers—and track progress on the studio’s app.

The chain currently has about 40 locations, and is growing at “two-digit levels,” says Frankfort, who declines to share revenue details, but says that it has doubled over the past two years.

SoulCycle, the other major player in the space, filed for an initial public offering in July 2015 that has since been delayed due to market volatility, Equinox CEO Harvey Spevak said last March. The studio has about 70 locations and has plans to expand to 250, according to its filing documents.

Despite the two studios’ notorious rivalry—Flywheel was founded by Ruth Zukerman, a member of the SoulCycle founding team who left abruptly in 2010—Robb O’Hagan is diplomatic. “We want to see all the players in the boutique space do well,” she says.