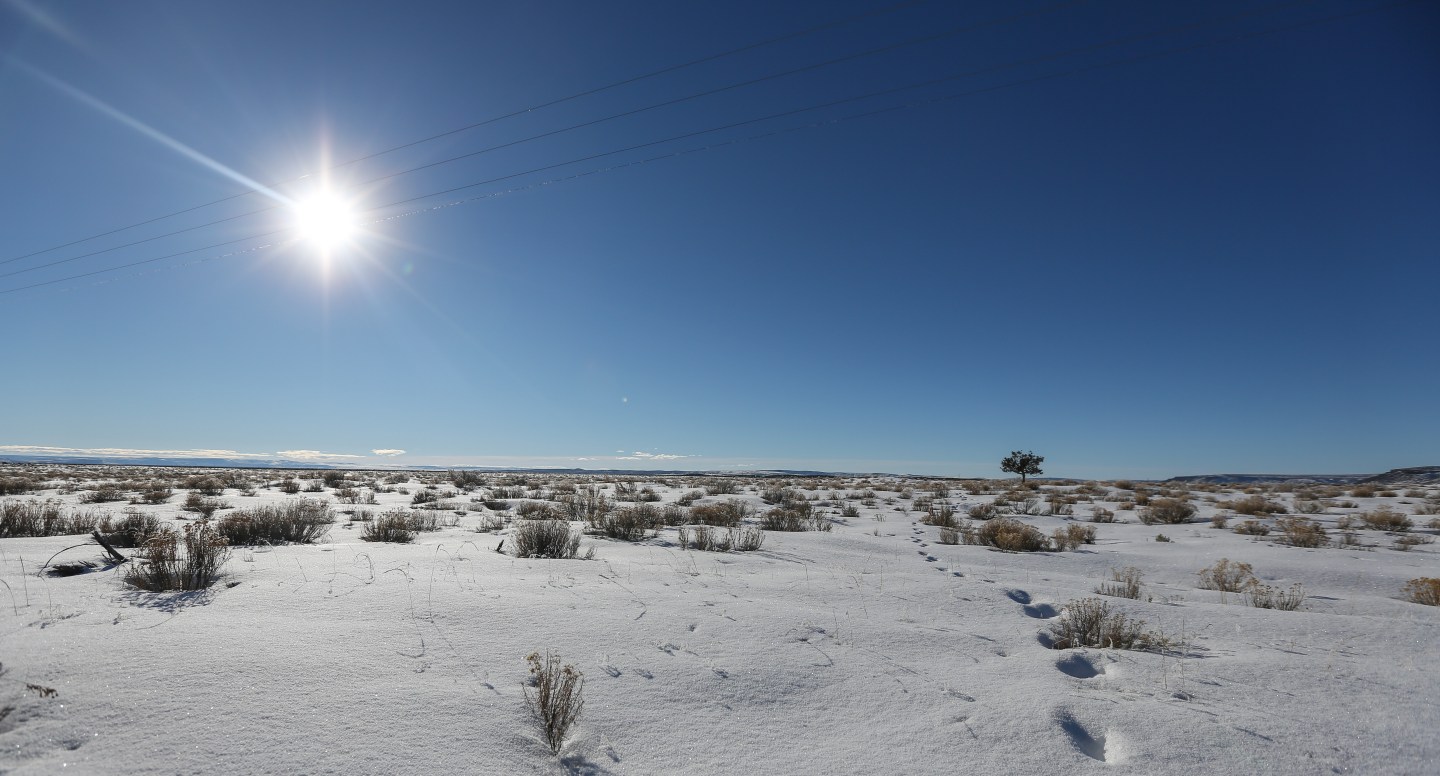 Malheur National Wildlife refuge area is seen on the seventh day of the occupation of the federal building in Burns, Oregon on January 8, 2016. An armed anti-government militia group continues to occupy the Malheur National Wildlife Headquarters as they protest the jailing of two ranchers for arson. (Photo by Cem Ozdel/Anadolu Agency/Getty Images)
Anadolu Agency Getty Images

A bill in the House of Representatives could lead to 3.3 million acres of federal land being sold off.

Rep. Jason Chaffetz (R-Utah) says that the land in question, maintained by the Bureau of Land Management (BLM), serves “no purpose for taxpayers.” Opponents of the move say the land actually creates economic stimulus for the affected states. The land is popular for hiking, camping, fishing and hunting — and can be leased out for oil, gas and timber production, the Guardian reports.

The bill was made possible by changes to House rules earlier in January that effectively found these federal lands to be worthless. Many of the areas would be difficult to sell off due to cultural significance, sheltering endangered species or including wetlands.

The affected states are Arizona, Colorado, Idaho, Montana, Nebraska, Nevada, New Mexico, Utah, Wyoming and Oregon, where property in Harney County could be sold off. Harney County’s Malheur National Wildlife Refuge was the site of a 2016 standoff, when a militia took over the refuge’s headquarters in protest of its federal ownership.