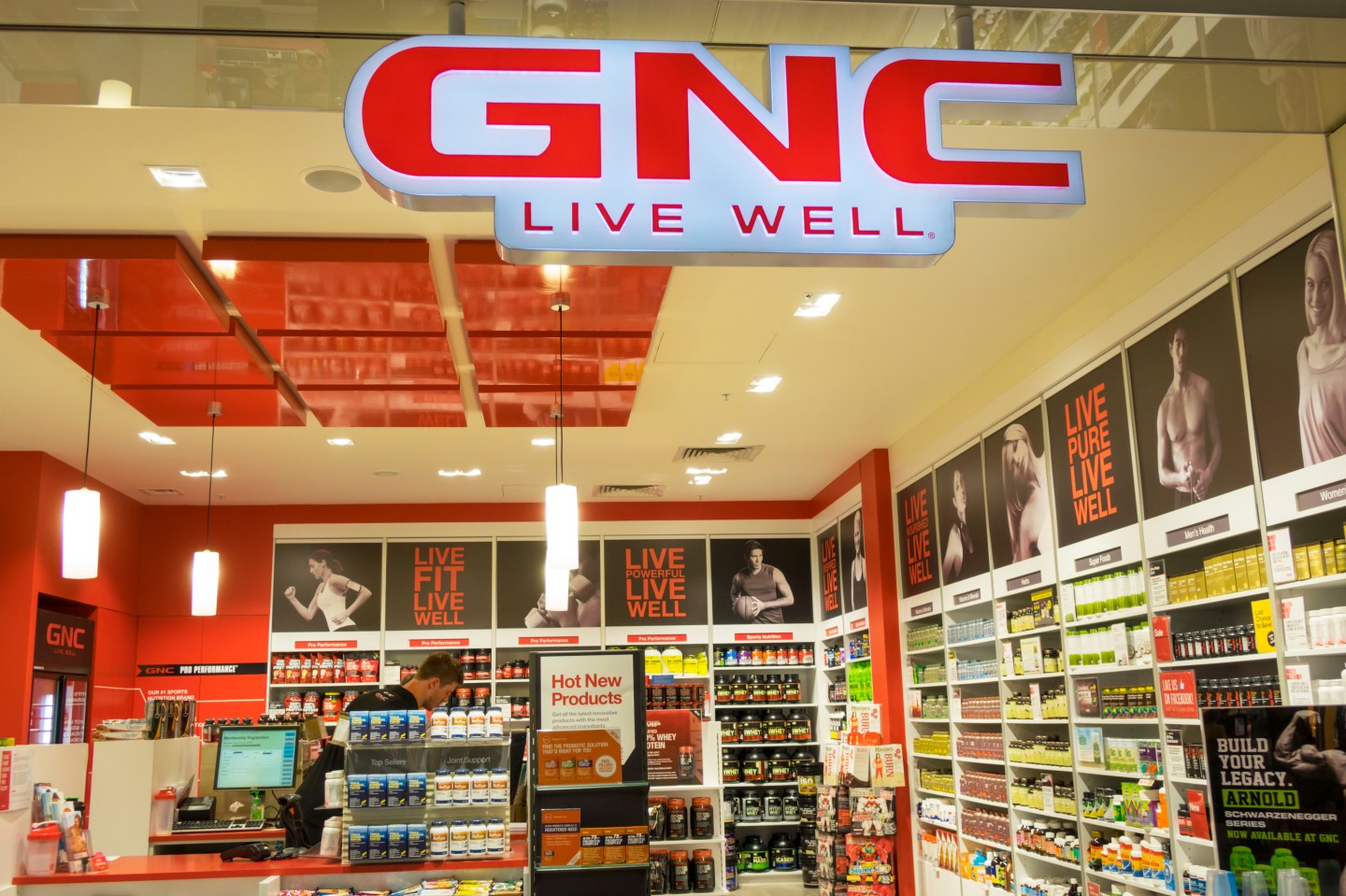 GNC appears to have spent millions of dollars on a Super Bowl commercial that won’t air during the Super Bowl.

The vitamin and supplement retailer said on Tuesday that the 30-second ad it prepared for the Super Bowl won’t air during Sunday’s big game because it was rejected by the National Football League. A spokesman at the NFL told ESPN that the league’s decision reflects NFL policies that ban advertising of supplements. The league does not allow players to endorse GNC, which currently sells multiple products that the NFL has banned players from using.

GNC marketing chief Jeff Hennion told USA Today that the company does sell two supplements banned by the NFL—synephrine, a stimulant; and a steroid hormone called DHEA. GNC had no discussions with the NFL prior to the league’s decision to reject the commercial. Hennion added that GNC likely would have considered removing those products from its shelves had the company known that the NFL would reject its ad. (GNC’s Super Bowl ad does not specifically mention any of its vitamins or supplements, much less those banned by the NFL, in the commercial in question.)

GNC had been set to make its first ever appearance during a Super Bowl commercial break with an ad from the company’s new “One New GNC” marketing campaign. The cost of advertising during the big game—typically the year’s most-watched television event in the U.S.—costs an average of $5 million for a 30-second slot. Host network Fox had sold roughly 90% of its ad spots for the big game by December 2016.

In addition to the massive cost just to secure a Super Bowl commercial slot, most advertisers also spend even more money to produce and promote the typically glitzy ads.

You can watch the banned GNC ad, which debuted online earlier today, here:

For GNC, the major ad purchase had been part of the company’s effort to reinvent itself as a more customer-first retailer after revamping prices last month. GNC has struggled to compete with the likes of Walmart and various online retailers in recent years, with the company’s shares losing 60% of their value in 2016. In 2017, GNC’s stock has dipped nearly 20% since the start of the year, thought the company’s shares were up slightly on Tuesday afternoon following news of the rejected ad.

A Fox spokesman declined to comment on the matter.