Honda and GM Will Work Together to Produce Hydrogen Fuel Cells 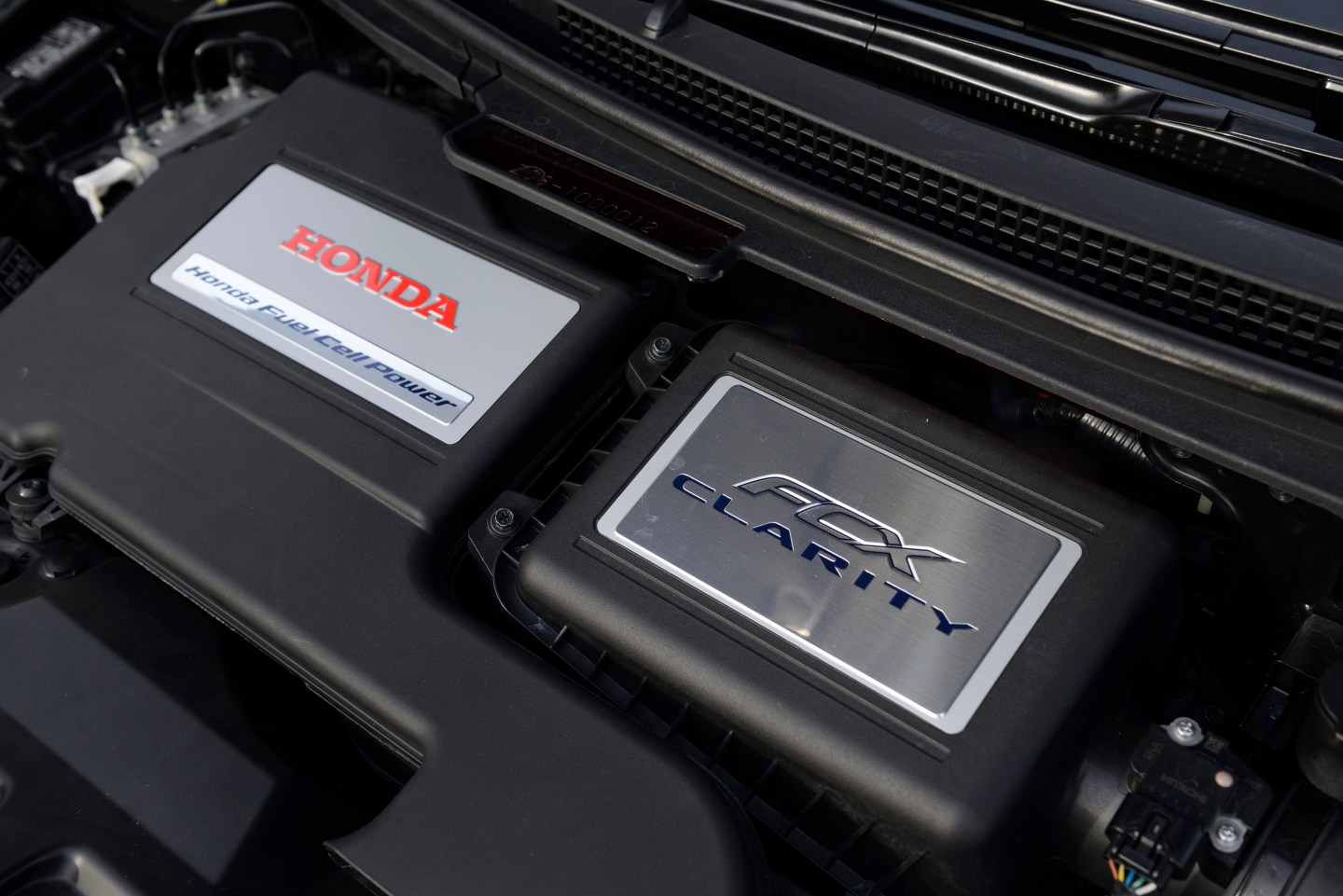 Honda Motor and General Motors (GM) will jointly produce hydrogen fuel cell power systems in the United States from around 2020, to cut costs and ramp up output in the hope of increasing take-up of the zero-emission cars.

The pair on Monday said they will invest $85 million to add a production line at a GM battery plant in Brownstown, Mich., and create 100 jobs.

Their U.S. investment plan is the latest this month from the auto industry after President Donald Trump urged car makers to raise production in the United States and vowed to cut regulations and taxes to make the U.S. more business friendly.

Honda on Monday said fuel cell vehicles (FCVs) remained central to new-energy cars making up two-thirds of its line-up by 2030 from around 5 percent now, driven by U.S. sales.

“The United States is where demand for fuel cell vehicles is going to be among the highest so we’ve decided to consolidate our manufacturing operations into one location there,” Honda spokesman Teruhiko Tatebe said at a joint news briefing in Tokyo.

“Both GM and Honda have our respective missions to develop clean energy sources, and we plan to continue these regardless of the political situation.”

Honda is among a handful of automakers to develop FCVs, which combine hydrogen and oxygen to produce electricity and emit only water. But limited fuelling infrastructure has subdued demand while in the U.S., low petrol prices have pushed consumer preference toward sport utility vehicles and pick-up trucks.

Honda has produced just 118 of its Clarity Fuel Cell cars since its U.S. and Japan launch last year at a relatively high price of 7.66 million yen ($66,795).

Honda makes that vehicle’s components in Japan but on Monday said it would eventually shift production of fuel cell power systems to the U.S. to cut costs. It said it had not decided whether to continue assembling FCVs at home in the longer term.

At GM, research into hydrogen as a fuel stretches as far back as the mid-1960s with a modified Chevrolet Corvair.

As part of a development partnership forged in 2013, the latest agreement will see GM and Honda each hold 50 percent of newly formed Fuel Cell System Manufacturing LLC. Their future FCVs will share the same power system from around 2020, but they declined to comment on any plans for jointly developed vehicles. ($1 = 114.6800 yen)