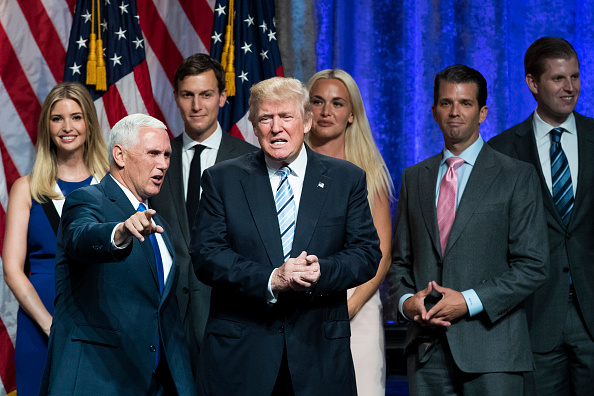 Day traders love making bets on tweets from U.S. President Donald Trump, but some of the most prominent quantitative strategists from hedge funds and banks are not quite ready to make big, bold trades on his social media musings.

The president’s active Twitter presence has lifted volatility in financial markets, which is good for day traders who capitalize on price fluctuations in highly liquid markets. Such traders, who have a short-term horizon, have struggled the last few years as market moves have become steadier and more predictable amid a low interest-rate environment.

“Trump’s tweets are a good opportunity for a short-term discretionary trader,” said Patrik Safvenblad, a partner at the $1.7 billion systematic macro hedge fund Harmonic Capital Partners in London. But he said it is not the right strategy for his firm since quantitative managers need data going back at least five to 10 years to establish a pattern.

Quants track patterns or trends in trading behavior and asset prices and create formulas to predict future market movements. These are entered into powerful computers that buy and sell automatically based on signals generated by algorithms.

For these gifted bunch of mathematicians, Trump’s tweets are way too sporadic to serve as a meaningful trading strategy.

“Trump’s tweets are episodic,” said Joseph Mezrich, head of equities quantitative strategies at Nomura in New York. “The way I look at data is that I have to look at what happens with sufficient sample. You have one or two events on Twitter … and it doesn’t provide much reliability.”

First Quadrant, another asset manager that uses computer models to crunch data with about $22 billion in assets, does not look at Trump’s tweets for investment opportunities.

“As a fundamental manager, we are really looking for just that: fundamental change,” said Jeppe Ladekarl, a partner at First Quadrant in Pasadena, California.

The quants’ lukewarm response to Trump’s tweets should ordinarily keep volatility under control. But given the many policy unknowns under the new administration, there should be continued price swings in the market, analysts say.

Often times, the noise in the data drowns out the trading signals, resulting in uncertain outcomes, analysts say.

At best, Trump’s tweets can create short-term sentiment signals about specific companies which can be useful in the equity space, Benson said. “But the tweet is still subject to interpretation,” and he is not sure it can actually predict anything.

Millennium manages about $16 billion in assets and has one systematic fund, which Benson said has no plan to use Trump’s tweets.

It is a different story in the day trading world where Trump’s tweets have delivered a spike in volume for some of the online retail brokers.

Robinhood, a commission-free trading app for retail investors, has experienced surges in volume based on Trump’s Twitter activity, the company’s spokesman said.

Volume also increased in November at FXCM, one of the leading U.S. retail currency brokers, due partly to the U.S. presidential election, said company spokeswoman Jaclyn Sales. Trump’s disparaging comments on Mexico and China on Twitter have boosted the dollar’s trading volume the last two months based on FXCM’s real-time volume indicator.

“Every day we wake up hoping Trump will tweet something,” Hockey told CNBC a few weeks ago.

Trump’s fondness for tweeting brings business opportunities for technology vendors, some of whom have developed models to help companies profit from the U.S. president’s Twitter comments.

New York-based startup Trigger, for instance, which notifies retail investors about social media comments, has created an alert called “trigger,” that tips off investors when Trump tweets about a listed company.

Rachel Mayer, Trigger’s chief executive, said the “Trump Trigger” has become by far the most popular alert on the platform, with subscriptions from around one-third of its total users.