How Corporate America Can Survive These Uncertain Times 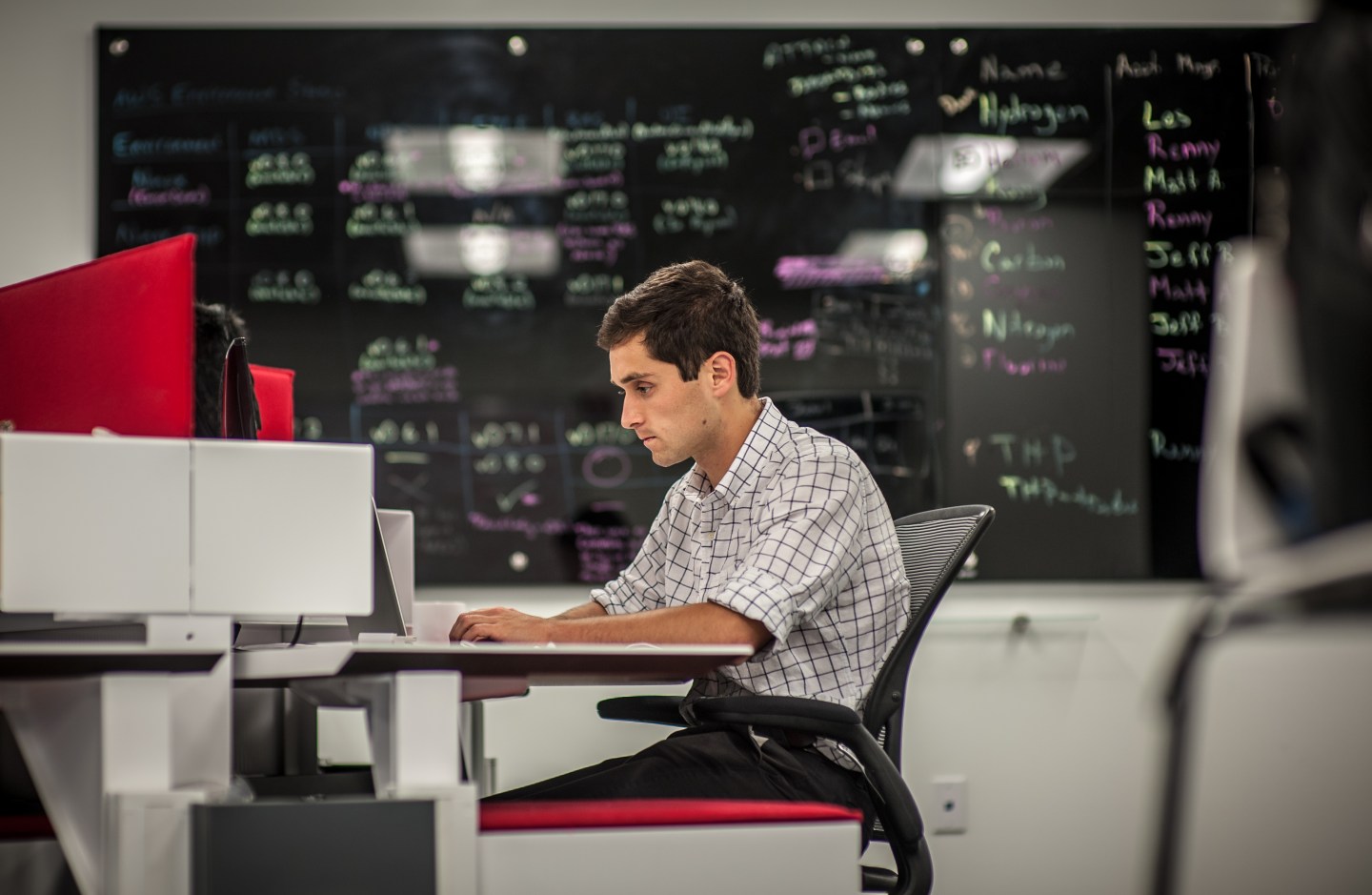 BALTIMORE, MD -- AUGUST 20: Quint Gribbin (cq), 25, is a Data Scientist for Red Owl Analytics. He's held several jobs and moved around the country several times over the last couple of years, and as such, is emblematic of the current generation of adults in this economy. . (photo by Andre Chung for The Washington Post via Getty Images)
Photograph by Andre Chung — The Washington Post/Getty Images

There is a broad sense that, putting the election rhetoric behind us, as we should, our nation is facing uncertain times under President Donald Trump. We have in office a new and atypical President with all the levers of government in the hands of one political party. As of now, there are broad policies, but little certainties on anyone’s part, as to which policies will, or can, be implemented.

Uncertainty has never been good for business, and the way and degree to which corporations will actually be impacted is largely conjecture at this point. So how do corporations navigate these unchartered waters when they have to perform every day and don’t have the luxury of waiting to see how things work out?

Enter the activist director, who is now needed more than ever. They’re a rare breed at most corporate boards, and reject a traditionally passive and deferential role. These directors understand the corporations they oversee and the industries they’re in; they are not afraid to question and speak out and will not succumb to pressures by those seeking quicker or personal gain. They’re also aware of the world around them and the wave of discontent and overwhelming lack of confidence in big businesses.

Take for instance the directors who were critical in the turnaround of AIG amid the 2008 financial crisis. The federal government became the “controlling” shareholder of the multinational insurance corporation, having acquired a majority in exchange for its extraordinary financial support. It thereupon recruited a slate of activist directors to assist management in restoring its value and developing a plan to repay the government. Those directors were model activists in the sense that they deeply understood the complexities of AIG’s business and had the experience and acumen to be of help in the face of public criticism and doubts as to the merits of their efforts. The end result was very successful.

Unfortunately, the culture pervasive across companies today is to simply select board members who ‘get along’ with the other directors, instead of finding directors who want to execute real change. Far too many boards don’t accept their full responsibility to identify and screen director candidates to determine if they are in fact qualified to partner with management. To understand if candidates have what it takes to be activist directors, boards should take the time, and put in the work, by asking the tough questions during a rigorous process vetting candidates as they would a potential CEO.
Finding such activist directors takes hard work, but it can be done — I provide a roadmap in my new book The Activist Director.

The CEO alone cannot plan the future of the corporation in such uncertain times. Similar to the directors of AIG, today’s directors, and specifically activist directors, must work with the CEO to determine what strategies will best promote growth and innovation for their corporations.

What’s more, self-examination will bring most boards to recognize they were largely passive, watching the short-term mentality adversely affect so many. Too many ignored the impact of corporate decisions beyond shareholder gain. That’s why the activist director will know this passive mentality must change, or we run the risk of despair growing in magnitude, and eventually, adversely impacting the institutions which are the bedrock of our capitalist system, inviolate up to now.

Once directors understand the context in which they are operating and their own role as activist directors, raising the right questions, considering all scenarios and identifying the potential risks the corporation may face in the future, corporations will be better prepared to persevere in times of uncertainty, to all of our benefit.

As legal counsel to the independent directors of General Motors in the late 1980s and early 1990s, I witnessed first-hand the positive changes that can be implemented under the leadership of activist directors. In an era where director passivity was the norm, and rubberstamping CEO decisions was part of the game, the independent directors at the US automaker broke the mold. Often described as the beginning of modern corporate governance, the independent directors both understood the importance of investing in the future growth of the corporation and had the courage to challenge the strategies and performance of management. Through diligence and hard work they halted the corporation’s downward spiral.

These are difficult matters, but these are difficult times, calling for courage on the part of directors. It can be done with the right directors. The activist who partners with management on the strategy for the future of the corporation. Understanding the virtues Adam Smith emphasized more than 250 years ago — “prudence,” “justice” and “decency” — is more important today than ever.

Ira M. Millstein is a senior partner in the international law firm Weil, Gotshal & Manges LLP. He is an adjunct professor and founding chair of the Ira M. Millstein Center for Global Markets and Corporate Ownership at Columbia Law School and the author of The Activist Director: Lessons from the Boardroom and the Future of the Corporation.