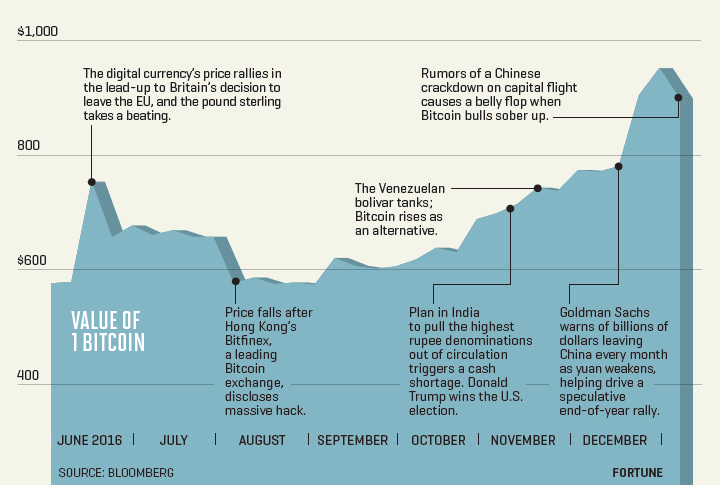 As protectionist policies gripped the globe and traditional currencies stumbled last year, Bitcoin’s appeal surged. Digital gold, as the stuff is sometimes called, emerged as an economic asylum, free of government mechanics. The biggest single driver of the currency’s recent rally, though, was China. With state manipulation of the national tender and few investment opportunities outside party control, denizens of the People’s Republic flocked to the rebel currency for financial freedom (and renminbi escape). And what happens in the country matters for Bitcoin: Exchanges in the country have claimed to process nine out of 10 global Bitcoin trades. At year’s end, speculators there helped drive Bitcoin’s price to within spitting distance of its 2014 high.

A version of this article appears in the February 1, 2017 issue of Fortune with the headline “Bitcoin is back.”