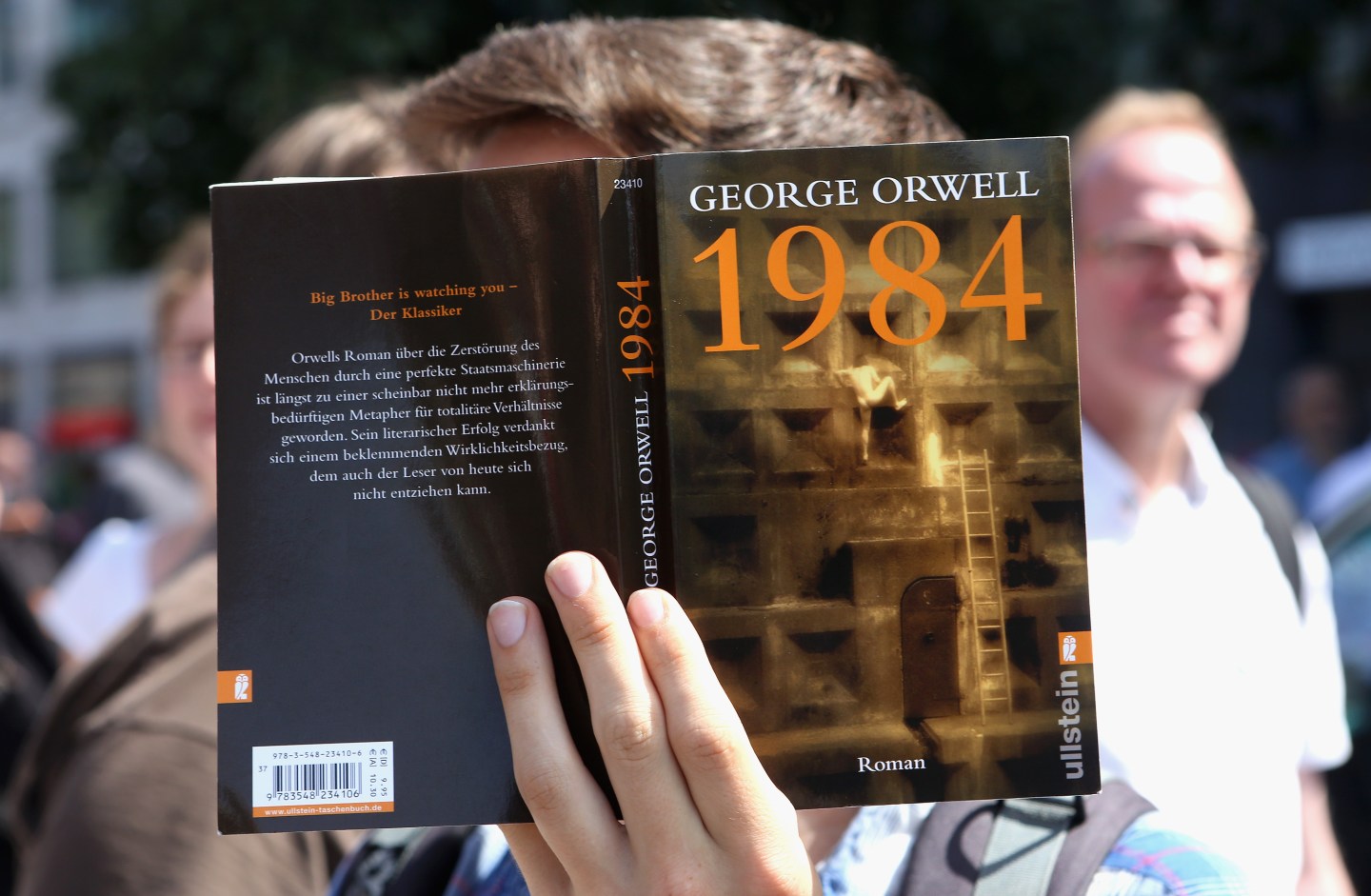 BERLIN, GERMANY - AUGUST 01: A protester holds a German translation of George Orwell's book '1984' as he demonstrates for journalists' rights on August 1, 2015 in Berlin, Germany. After two German journalists, Andre Meister and Markus Beckedahl, reported that the German government planned to increase online surveillance, an investigation for treason, the first such case in the country against journalists in over 50 years, was brought against them and has since been suspended by the country's prosecutor-general after negative reactions from other journalists and politicians due to the implications of stifling the freedom of the press. (Photo by Adam Berry/Getty Images)
Photograph by Adam Berry—Getty Images

The publisher of dystopian novel 1984 has decided to churn out more copies of the George Orwell classic in response to a sudden surge of interest.

According to CNN, Penguin put through a 75,000 copy reprint this week.

The book reached #1 on Amazon’s best selling book list on Tuesday, and was still in the same position as of Wednesday morning. Its sudden climb in the rankings came after President Donald Trump’s spokeswoman Kellyanne Conway defended White House press secretary Sean Spicer by saying he had presented “alternative facts” when he insisted the inauguration crowd was much larger than what pictures showed.

Commentators quickly noted that the term “alternative facts” had an Orwellian ring to it.

It’s unclear how much Conway’s comments affected sales of 1984, though one Amazon reviewer called Orwell’s classic a “perfect primer to POTUS 45” as he explained his decision to brush up on the book. In the comment, posted Tuesday, he continued to say that, “Kellyanne Conway announced that we were given alternate facts. Shades of changing the past and controlling the present…Get ready to party like it’s 1984.”