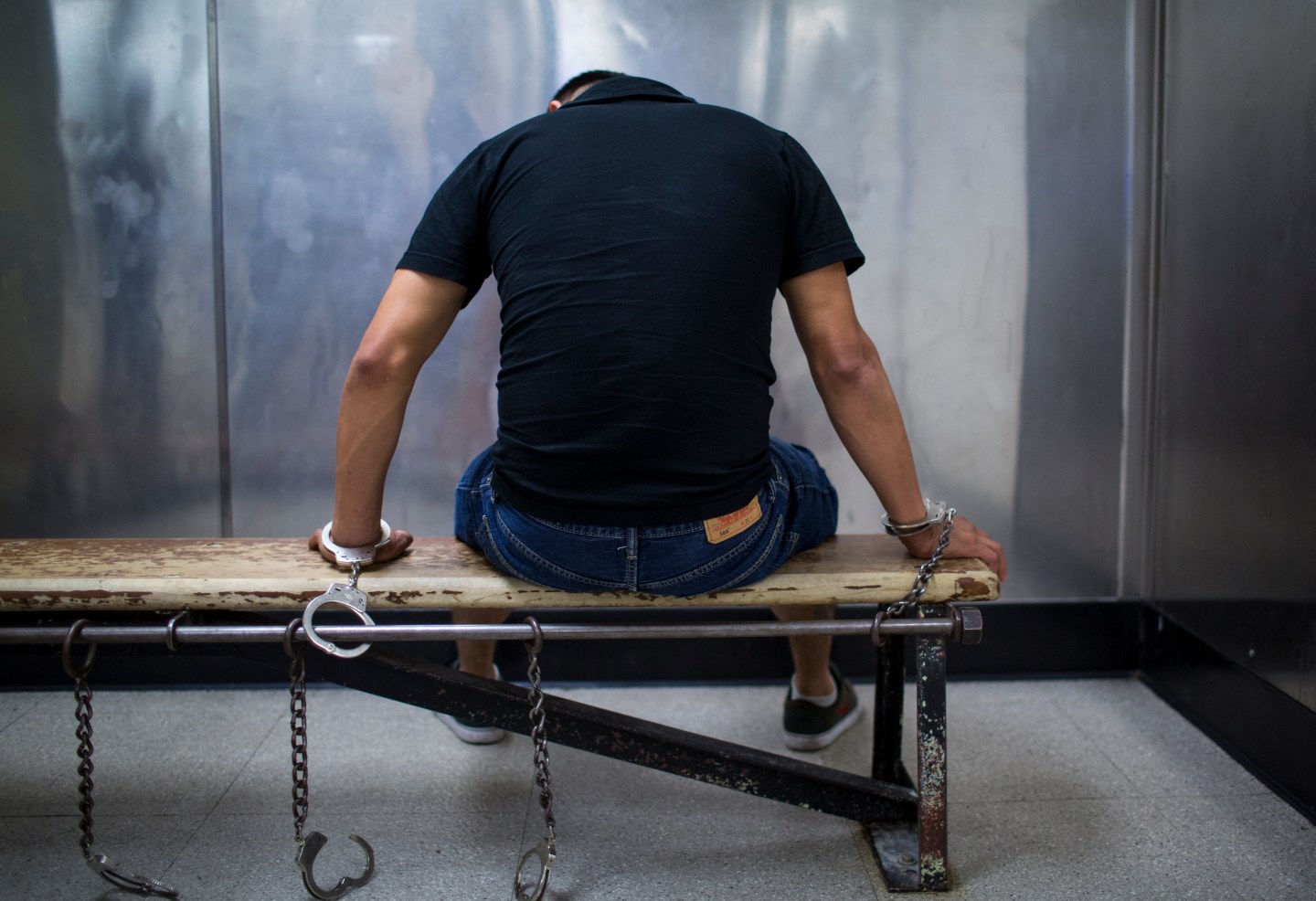 View of an unidentified male suspect handcuffed to a bench in the Southeast Community Police Station, Los Angeles, California, April 24, 2015. The man had been arrested for solicitation of prostitution in the South Figueroa Street corridor by the LAPD's Human Trafficking Task Force. (Photo by Robert Nickelsberg/Getty Images)
Robert Nickelsberg—Getty Images

A fugitive gave himself up nearly four years after being charged in one of the Justice Department’s largest credit card fraud schemes ever, according to federal prosecutors in New Jersey. The New York man and member of a ring of identity fraudsters allegedly cost banks and other businesses more than $200 million in losses.

Habib Chaudhry, a 49-year-old from the Long Island town of Valley Stream, was one of the last remaining conspirators on the lam, the United States’ Attorney’s Office for the District of New Jersey confirms to Fortune. Of 22 defendants, 19 have since pleaded guilty to procuring tens of thousands of credit cards through more than 7,000 fabricated identities.

Chaudhry has since posted $250,000 in bail and is under electronic monitoring, the office tells Fortune. He is scheduled to appear before a Newark court to face charges on Wednesday.

The defendants apparently created fake IDs and credit profiles, bolstered their creditworthiness with bogus info, and then went on spending sprees without repaying debts, according to prosecutors, who issued a news release on Monday. They also used a network of more than 1,800 addresses for the fraudulent personas, the prosecutors said.

Leaders of the racket included Tahir Lodhi, Babar Qureshi, Ijaz Butt, and others, according to the authorities. The Federal Bureau of Investigation’s cyber division led the charges, the first of which were unsealed in February 2013.

For more on cybercrime, watch:

Identity fraud is a lucrative business for enterprising criminals. A report by the Javelin Strategy & Research last year estimated that ID fraudsters stole $16 billion in 2014.

Update: Story updated to note that two members of the fraudster network remain at large.